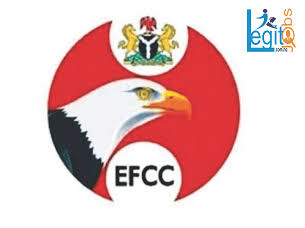 Mohammed Umar, director of operations at the Economic and Financial Crimes Commission (EFCC), has been named acting chairman of the agency.

According to a report by the News Agency of Nigeria, NAN, a top official of the commission confirmed that Umar has taken charge of the agency in the absence of Ibrahim Magu.

Magu was arrested on Monday and whisked to the presidential villa in Abuja where he was grilled by a panel set up by President Muhammadu Buhari to probe the EFCC.

The panel is led by Ayo Salami, retired president of the appeal court.

Magu’s travails followed a memo by Abubakar Malami, attorney-general of the federation (AGF), in which the suspended anti-graft czar was accused of grave malfeasance.

Covid-19: WHO Adds Janssen Vaccine To List Of Emergency Tools

The Executive Chairman of the Economic and Financial Crimes Commission, EFCC, Abdulrasheed Bawa has stressed the need for all Nigerians to embrace the fight...

Chief of the Naval Staff, CNS, Vice Admiral Awwal Gambo has reiterated that there would be zero tolerance for wastages in the Navy under...

Nasarawa State government said it's strategizing towards introducing key reforms in land administration, in a bid to remove bottlenecks in the ease of doing...

Vice President Yemi Osinbajo on Monday briefed President Muhammadu Buhari on his activities and decisions reached on his behalf while the President was away...

With its landslide victory at the local government polls in Rivers State, the Peoples Democratic Party, (PDP) has said that the ruling All Progressives...