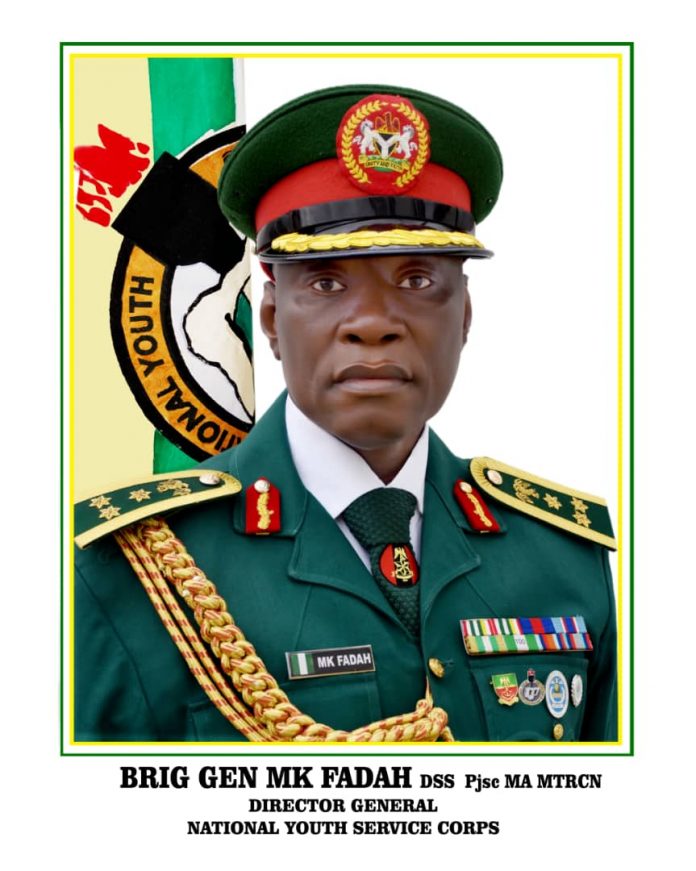 The Director General of National Youth Service Corps (NYSC), Brigadier General Muhammad Kaku Fadah has scheduled a visit to stakeholders in the Ekiti State Gubernatorial election in order to seek adequate protection for Corps Members who would serve as polling officers at the election.

Megwa noted that some Corps Members had been trained by the Independent National Electoral Commission (INEC) to function as polling officers across the sixteen Local Government Areas of the State in the State Governorship Election holding on Saturday June 18, 2022.

He also explained that, before now, the Corps Members had been inducted into the do’s and dont’s of the electoral process that would make the exercise a huge success.

This, he said was a fall-out of the constant interaction between the NYSC Ekiti State Secretariat and INEC, in ensuring free, fair and credible elections in the country.

Megwa further explained that, before now, the involvement of Corps Members in elections in the country had added credibility to the electoral process, which had been commended by local and foreign observers at different times.

The NYSC Czar, during his visit, would debrief the Corps Members to strictly abide by the electoral laws and avoid any action that can endanger their safety.