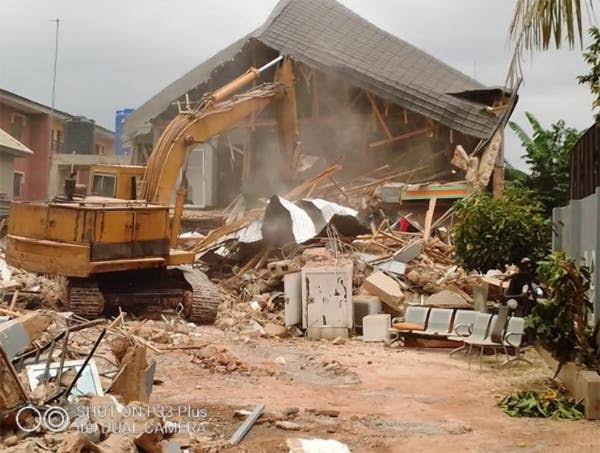 The FCT Administration has raised the alarm over illegal conversion of Kuje Railway corridor to personal residences.

This disclosure was made over the weekend during stakeholders engagement meeting with traditional rulers, Council representatives, traders and artisans from Kuje.

Senior Special Assistant on Monitoring, Inspection and Enforcement to FCT Minister, Ikharo Attah, who described the development as ” very alarming ” vowed that all such illegal structures would be demolished without compensation to the owners.

Attah also expressed shock that buyers of the railway corridors land did not do due diligence investigation, before spending their hard earned money on such risky venture.

While, he didn’t disclose when construction work will commence on the already mapped out corridors, he noted that the area will be cleared of all illegalities.

He called on all stakeholders within Kuje Area Council to take the warnings home, because the demolition would come at a time many may consider to be very inconvenient.

According to him:” There is serious security report that people are building indiscriminately on the rail corridor and this is unacceptable.

” The extreme speed at which people are building at the rail corridor is alarming.very soon there will be massive removal. The rail corridor must remain green until when contract is awarded.

“If you buy, you buy at your own peril, FCTA will demolish all and not pay compensation. The corridor was largely empty until some persons put pressure on some locals to sell to them”.