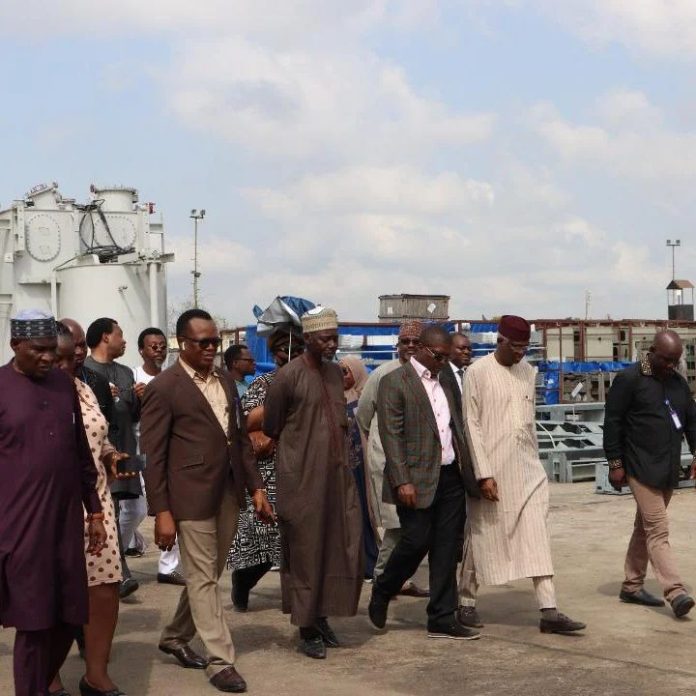 As the federal government coordinates large-scale reforms in the power sector, the Transmission Company of Nigeria (TCN), which is one of the agencies implementing these reforms, has acquired 22 brand new power transformers and other heavy-duty equipment to boost the power grid.

The 22 brand new power transformers, spare parts and critical equipment were all delivered to its central store in Ojo, Lagos, recently.

As more of them arrive at Lagos port for onward delivery to the store, the equipment are to be installed in various ongoing project sites nationwide, while others would serve as spares.

The equipment which will serve to further improve TCN’s transmission capacity, were recently inspected by the members of the Governing Board of TCN and the Management of TCN. The massive and unprecedented stockpile of various kinds of transmission equipment presently in Ojo stores are gradually being moved to project sites for new projects, upgrading of existing projects and for maintenance work nationwide.

The Technical and Monitoring Committee of the governing board of TCN led by the committee chairman, Nsima Ekere, visited the Ojo Store as part of their two-day visit to the Lagos Region where they inspected key power transmission substations as well as the Ojo central store.

After inspecting equipment at the store, Ekere lauded TCN for the record stock delivery to the store. His words: “We have seen loads of equipment that gives me hope that the new dawn that we have been expecting to see at TCN is here. From the forklifts, we saw about 30 of them. We also saw the mobile transformer reconditioning facilities, all kinds of things, the conductors, isolators, other equipment and also some very giant transformers.

“These are all to improve the capacity of TCN’s efficiency in doing their work. I am convinced that, the transmission grid expansion project that TCN is presently executing and I must also commend the World Bank and other donor agencies that are helping us with funding.”

Mr Ekere said that with the massive stock at the TCN central store, the capacity of TCN to wheel power is being enhanced.

In his remarks about the milestone, the Managing Director and Chief Executive Officer of TCN, Engr. Sule Ahmed Abdulaziz, said most of the equipment were procured for donor funded projects supported by the World Bank, French Development Agency (AFD), African Development Bank, among others. 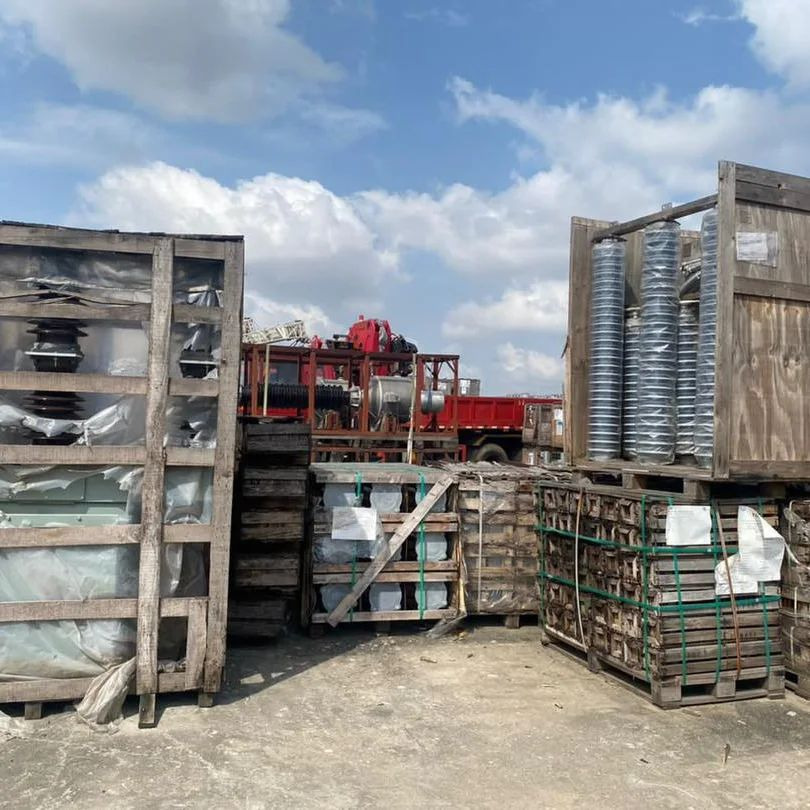 Engr. Abdulaziz, said: “It is the enormous resources through these donor-funded projects that have assisted the transmission company, particularly in the numbers of transformers that we have seen here, ranging from 60MVA up to 150MVA.

Speaking further, he said: “We have not seen this level of massive supply of materials being in the stores in the past, for network expansion and maintenance. We have 150MVA transformers which are very massive and supposed to be connected on a 330KV circuit. We have the 100MVA transformers, high-grade cranes and other equipment. It implies that the turnaround time to ratify faults when they occur and the downtime have been reduced.”

He mentioned other equipment delivered to the Lagos store to include circuit breakers, isolators, aluminium conductors among others. The representative of the TCN head added that the equipment are what TCN requires to ensure that the system becomes more stable and steady.

Another breakthrough for the company is the acquisition of high range cranes which are used for fixing power transmission lines and other installations in the transmission network, by acquiring these equipment, the TCN is cutting down on downtime and also saving cost of hiring them.

Commenting on this, the MD said: “I have also seen the high cranes which we use for the maintenance of transmission lines but in the past these equipment were not enough in the network so we have to go hiring some of them.

“This has cost us a lot of money and it does not provide the opportunity to train some of our staff directly but now that we have them, the downtime has been reduced.”

With these, TCN can now ensure constant maintenance of the grid. All efforts by TCN is to ensure a more efficient and effective transportation of bulk electricity to distribution load centres nationwide for the benefit of Nigerians.

The projects, when completed, would further enhance the quality and stability of bulk supply as well as longer hours of power supply.

Further highlighting the impact of the massive power transmission equipment procurement, the management official noted that the core mandate of TCN is to transmit power from a power generation company to the distribution network.

“The first thing is that, it is going to increase the current transmission wheeling capacity and that implies that the DisCos are going to have more energy and the customers are also going to have longer hours of power supply,” he noted. 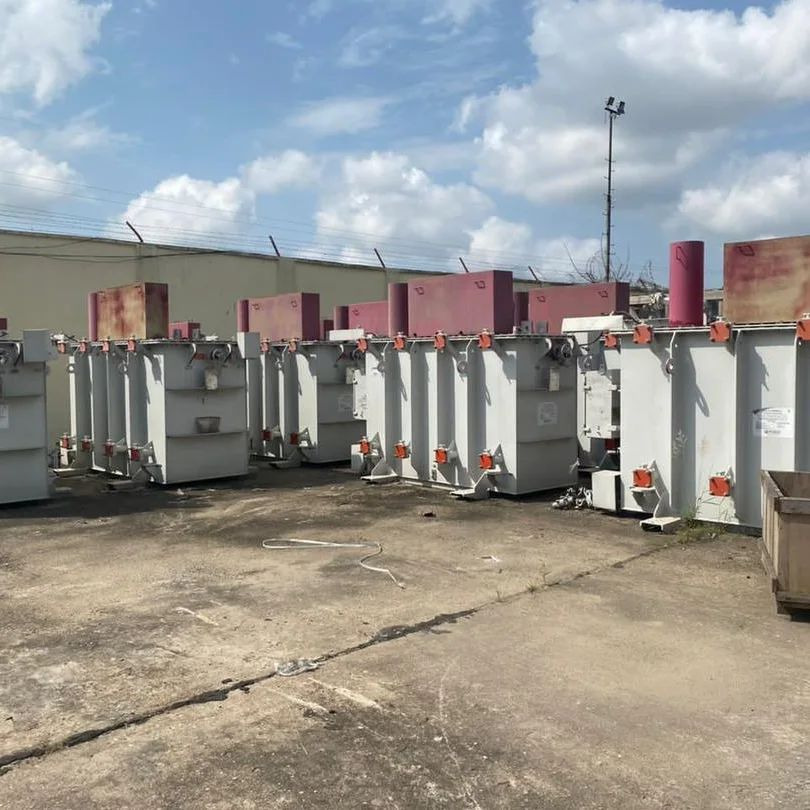 TCN has also emphasized on not just bulk power supply but also on quality. Engr. Abdulaziz noted thus: “Not only longer supply but better quality of power supply. We are aware that because this transmission network travels in long distances, there are places where the voltage is as low as 160 volts as against the standard 220 to 240 volts that they need in their houses for appliances like air conditioners, grinding machines and the like.

“So, all that we are putting in place is for the benefit of the customers. That is, they are going to have better power supply, better voltage and also longer hours of power supply,” said the MD.

As the transmission company proves its commitment to grid improvement, industry experts believe that other sections of the value-chain must also act commensurately.

The Managing Director of Azura Power, Engr. Edu Okeke, at a recent power correspondents’ conference urged the Distribution Companies (DisCos) and the government to expedite actions towards improving the downstream network to improve on power supply. He said with such improvement, Generation Companies (GenCos) will be able to enter into a direct power supply contract with DisCos through the transmission network to improve on the efficiency level.

The Executive Director, Association of Power Generation Companies (APGC), Dr Joy Ogaji, also called for investment in the DisCos as he noted that the GenCos are making massive investment and have the capacity to deliver more electricity when required by the DisCos.

Reacting, the Executive Director Research and Advocacy, Association of Nigerian Electricity Distributors (ANED), Sunday Oduntan, said the 11 DisCos are doing much to expand their networks but also urged the GenCos to tidy up their turbines and get more gas to be ready to increase generation. For the government, he said, it has more of a role to play in stabilizing the power sector, by providing a stable policy and business environment as well as the right cost reflective tariff.

And speaking on the need for more DisCos’ investments, the chairman, Technical and Monitoring Committee of the governing board of TCN, Nsima Ekere noted thus: “The challenge now is for the generators and the DisCos to also step up their game because there will be no point if TCN improves its capacity to such a level that we can almost guarantee uninterrupted power for the country and then we don’t have enough power to wheel.

“Even if we wheel, sometimes we wheel and the distributors won’t take it. So it’s high time that the GenCos and the DisCos stepped up their game so that they’ll also improve on their capacity to deliver to the Nigerian public steady electricity supply. So we are very happy with what we’ve seen here,” said Ekere.

In a remark on the electricity market at the power correspondents’ workshop, the the General Manager, Public Affairs at the Nigerian Electricity Regulatory Commission (NERC), Dr Usman Abba-Arabi, said the commission and power sector operators were doing so much to reform the electricity market, noting that such efforts are already yielding result. 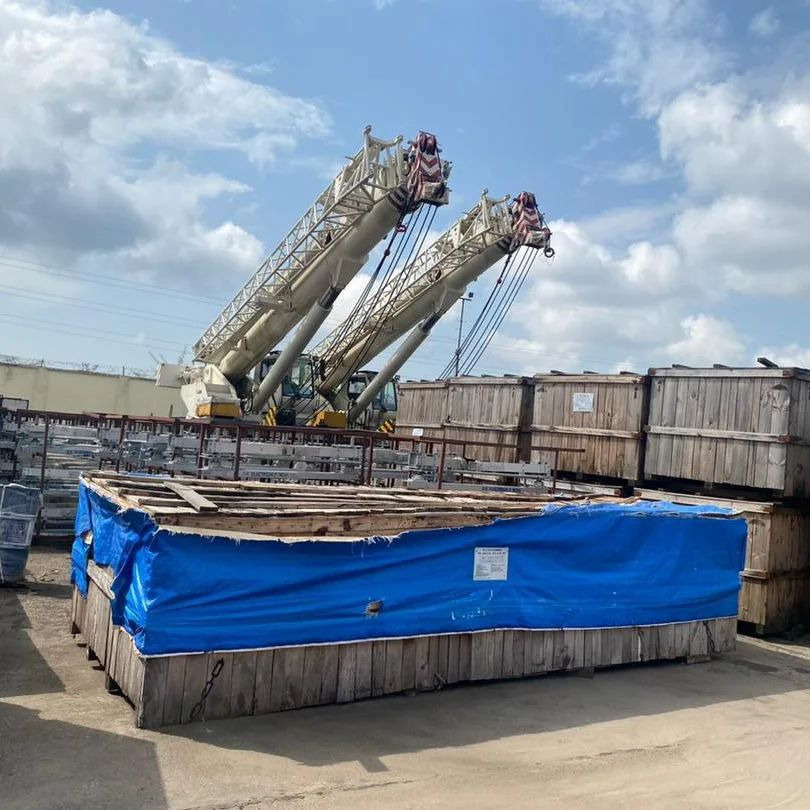 The massive acquisition of the power transformers and spare parts by TCN has also drawn reactions from a pro-consumer group in the power sector.

The Nigerian Power Consumers Forum (NPCF) in a statement issued yesterday, commended TCN and the donor agencies, including the World Bank for the feat.

It noted that only such critical power transmission grid investments, backed by a matching strength at the DisCos’ networks, and even at the GenCos’ stations, can bring succour to power consumers.

The Convener of NPCF, Michael Okoh, said this is the second time TCN is recording massive delivery of power transmission equipment to its store and project site this year, citing the first instance in the first quarter of 2022.

“We saw the delivery of 15 power transformers and their accessories earlier this year by TCN and this is the second time so far. It is worth commending but the truth is that Nigeria is far behind in the electricity business.

“While the delivery of 40 transformers, accessories and spare parts are historic, we believe that the company must quickly complete major substation projects like the Abuja ring project with five substations, so that from next year, the wheeling capacity will increase and consumers can see the result by having better power supply,” said Okoh.

Also commenting, the Lead Advocacy Team at NPCF, Malam Yusuf Bako, stated that the transformers are being deployed to substation project sites and called on DisCos to execute injection substations near the new TCN substations to enable them evacuate power quickly.

“We recently observed that around where TCN is completing substations in Abuja, the Abuja Electricity Distribution Company (AEDC) is yet to build any injection substation to radiate power from the TCN facility, like the one 132kV Kuje transmission substation. This may be a setback for Nigerians who are already expecting improved electricity from such projects,” said Bako.