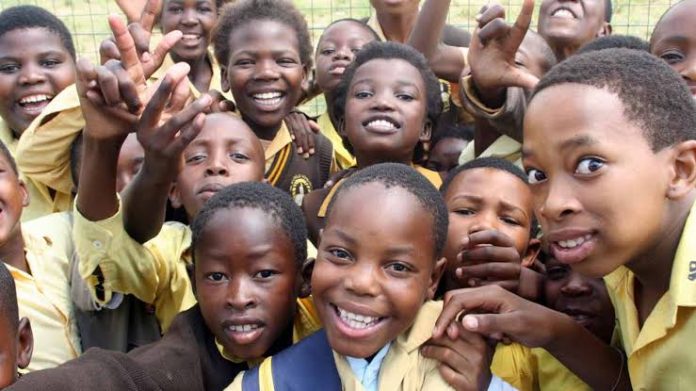 The Minister of State for Education, Rt Hon. Goodluck Opiah has said the Federal government in collaboration with security agencies have ensured adequate security in schools in preparation for resumption.

Opiah disclosed this at a press briefing held on Thursday, September 8, 2022 in Abuja, in preparation for the 2022 edition of the “International Day To Protect Education From Attack”.

TheFact Daily recalls that in July, Federal Government College Kwali and subsequently other Schools In the Federal Capital Territory (FCT) were forcefully closed for fear of bandits attack.

In response, the Minister said, “the closure was not permanent, schools are about to reopen, the school would also be part of the schools that would reopen.

“The ministry in collaboration with relevant security agencies is safeguarding our schools generally and that would not be an isolated case. Be rest assured that the safety of our children is very important to us”.

Opiah explained that observance of the “International Day To Protect Education From Attack” was initiated by Qatar and co-sponsored by sixty two (62) other countries at the 76th United Nations General Assembly in 2020 and was unanimously espoused.

He stated that this was the third edition and the Ministry strategically chose the theme, “Implementing the School Safety Policy as a Tool To Protect Education From Attack: Our Collective Responsibility”.

Furthermore, he added that, “the theme foregrounds the education sector hands-on actions to protect education from violence situations and armed conflict thereby upholding the right to education and its continuity in such emergency situations as enshrined in the Safe School Declaration which Nigeria ratified on 20th March, 2019”.

He also added that the theme was devised by the Ministry to create awareness on the existence of the School Safety Policy and the need for State governments, Education Institutions and stakeholders, Civil Society Organisations, the Military, and the general public to operationalize the guidance therein.

Additionally, the Minister noted that the School Safety Policy copiously highlights the strategies for emergency preparedness in education institutions, measures for harm reduction, stakeholders to contact for help in case of imminent attack, deterrence of the Military from using education institutions and procedures to ensure that education continues if the attack is inevitable.

Highlighting some of the scheduled activities to mark the event, Opiah said:
“The Ministry will celebrate the event with pre activities and a grand finale. The pre-activities was initiated by call letters to education institutions to commence the preparation of learners that will perform at the occasion.

“The performance will involve re-enactment of conflict situations in education institutions through playlets or dance drama, poetic renditions and debate competition based on the theme.

“The rehearsals have taken place and schools have been selected to perform at the grand finale where the meritorious winners will be rewarded handsomely. The Honourable Minister of Education, Adamu Adamu will deliver the event open at the event where all the relevant stakeholders will be in attendance.

“Experts will also give informational talks on the ‘Significance of the Minimum Standard Document’ which codified the operationalization of the School Safety Policy as a collective responsibility by all education stakeholders, and the entire school community including learners, Parents, Teachers, Education administrators, Parents Teachers Association, (PTAs), School Based Management Committees (SBMCs), and other relevant Government Agencies”, he said.