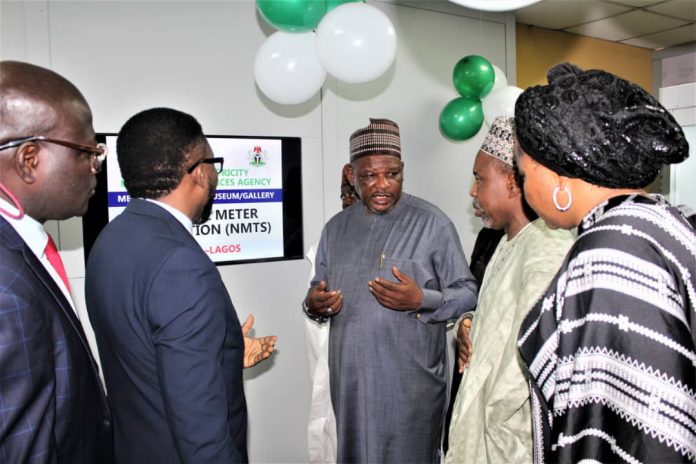 Minister of State, Power, Goddy Jedy-Agba, OFR, who performed the inauguration ceremony said that the Museum/Gallery was designed to showcase the evolution path of electricity Metre in Nigeria from a simple electromechanical electricity metre to Advanced Metre Reading (AMR) and Advanced Metre Infrastructure (AMI).

Considered the first of its kind in Africa, Jedy-Agba noted that the project is aimed at educating Nigerians on how electricity meters used to be during the pre-independence era, the several evolution steps as a result of technological advancement, where it is now and a perception of what it’s expected in the future.

The Minister added that “the establishment of the Metre Generation Museum/Gallery brings the historical time-line of electricity metre generation closer to the people of Nigeria and the world at large”.

Jedy-Agba maintained that the facility will be used as a collaborative launch-pad in the power sector for Lecturers, Students, Tourists and Electricity users, to enhance their knowledge in evolution of metres and have confidence in the discussion of the metre origin “.

While reiterating the commitment of the President Muhammadu Buhari’s administration to power reform, he noted that” this epoch-making event today is significant and represents a milestone in the realization of this administration’s objective of providing safe, reliable and sustainable electricity to the citizenry of this country “.

Earlier, in his opening remarks, NEMSA Managing Director/Chief Electrical Inspector of the Federation, Engr. Tahir Tukur Aliyu said that the project was a unique milestone in the history of the agency as its now archives all the generation of energy metres ever used in the country.

Aliyu said that the importance of the energy metre in the electricity value chain cannot be overemphasized as over the years, it has evolved from simple billing devices to an essential part of electricity network which monitors and helps with load management.

He hinted that the agency intend to set up similar galleries of generation of electricity energy metres in other National Metre Test Stations in Kaduna, Port Harcourt, Kano and Benin to bring the facility closer to the people.

Continuing, he maintained that, “it’s our fervent belief that with today’s event, NEMSA will further create awareness on the importance of electricity metres in homes, their evolution, what to look for in the metres and ultimately educate Nigerians on the need to insist on having only metres duly tested by NEMSA with attached NEMSA crimp seals”.

NIPC To Facilitate Set Up Of Nigeria-Chad Joint Business Council