The Federal Government has lifted the ban placed on Emirates Airline from flying into the country.

The Minister of Aviation Hadi Sirika disclosed this on Friday night while briefing newsmen.

TheFact Nigeria recalled that the federal government had barred Emirates from flying into Nigeria over discriminatory policies on Nigerians as regards to COVID-19 protocols by the UAE.

The minister added that UAE has also removed all travel restrictions on Nigerians.

Sirika in a statement by the Director of Public Affairs,James Odaudu, the lifting of the ban was without conditions.

“Today we received communication from UAE removing some of the conditions of travel of which we had concerns about. Haven done so, we feel we should lift the ban on the suspension of Emirates Airline” he said.

He said from today (Friday), all the impediments on Emirates has been lifted and that the airline can now operate in Nigeria. 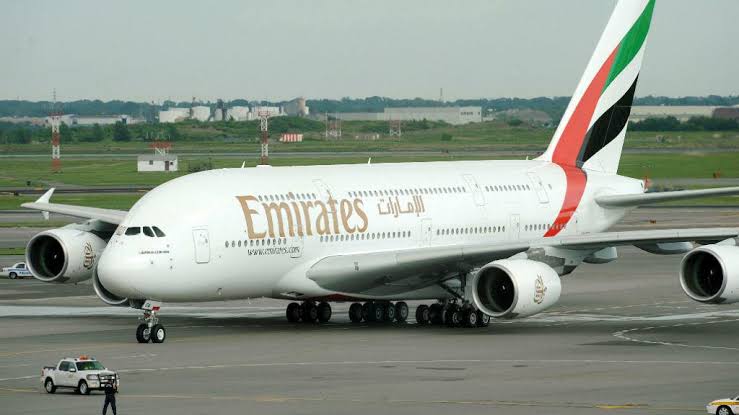 Sirika expressed his appreciation for the understanding shown by Nigerians despite the obvious hardships experienced as a result of the spat between the two countries.

Also speaking at the briefing, Minister of Foreign Affairs, Geoffrey Onyema noted that the Nigerian Government recognises that the United Arab Emirates has a responsibility to protect the lives of her citizens thus whatever measures that they had taken was for the interest of her citizens.

He reiterated that though Nigeria has always had an excellent relationship with UAE, the negotiations had made the relationship even stronger.

On his part, the National Incidence Manager of the Presidential Steering Committee on Covid-19, Dr Muktar Mohammed commended the leadership provided by members of the Committee in ensuring the resolution of the impasse between the two countries.

He also disclosed that the Presidential Steering Committee was watching closely the developments within the Southern African regions with regards to the discovery of a new variant of the virus, saying everything necessary to prevent its entrance into Nigeria would be done.