The Federal Government has warned that it would no longer condone any form of criminality on the nation’s oil and gas facilties and installations, saying that crude oil thieves, pipeline vandals and illegal refiners have their days numbered.

The warning came from the Minister of State for Petroleum Resources, Chief Timipre Sylva, Chief of Defence Staff, General Lucky Irabor and the Chief Executive of the Nigerian Upstream Petrotewn Regulatory Commission (NUPRC), Engr Gbenga Komolafe, during an on the spot assessment of some pipelines damaged by pipeline vandals and other criminals in some areas and communities of Rivers State, on Wednesday.

The Group General Manager, Group Public Affairs Diviston, NNPC Ltd, Garba Deen Muhammad in a statement said, at Ibaa Community in Emeoha Local Government of Rivers State where the powerful FG delegation witnessed an illegal refinery burnt down by the Military, Sylva said apart from causing huge losses for the country, the criminals were also destroying livelihoods of locals and the environment.

To solve the problem, Sytva said, “the community must be (volved, the security arm must be tneotved and the third arm which fs the operating publics must atso be involved | want to let everybody know that these criminals have their days numbered because the country has lost so much from their activities.

Also speaking, the Chief of Defence Staff, General Lucky Irabor said fn carrying out Mr President $ directives to contain losses from these criminalities, the Military will deploy a different strategy and a new drive by pursuing not only the criminals, but also their sponsors. “We are not only zeroing in on the criminals, but also on those who are supporting them”. 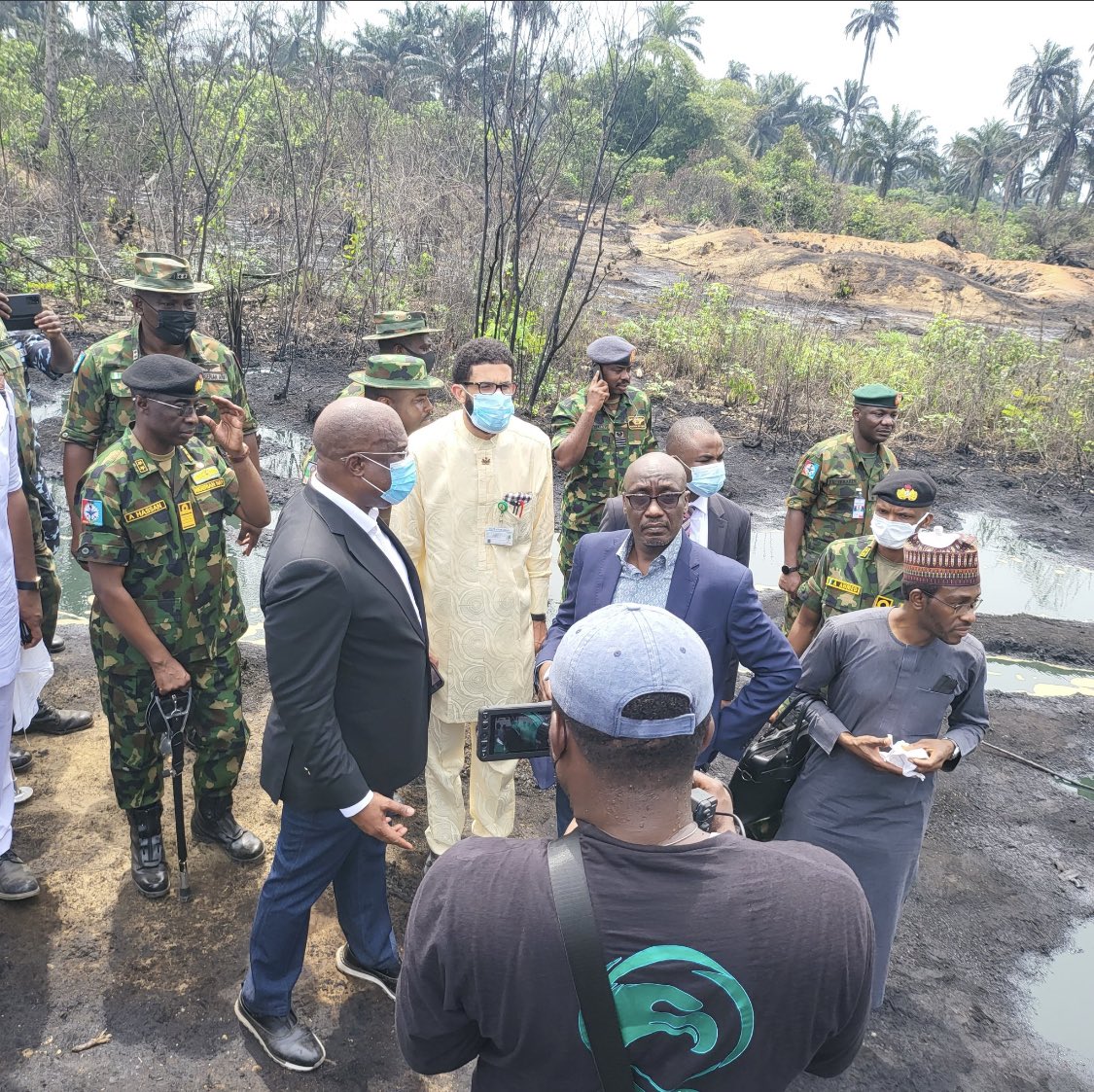 In his remarks, Chief Executive of the Nigerian Upstream Petroleum Regulatory Commission (HUPRC , Engr Gbenga Komolafe described the acts of crude oll theft and pipetine vandalism aS “a national disaster and the perpetrators as criminals “

“For those who want to do legitimate business, there are clear government regulations of how that is done But what we ve seen here today are criminals and their activities will no longer be tolerated

On his part the GMD/CEO, NNPC Ltd, Mallam Mele Kyari explained that the scale of crude oil theft and pipeline vandalism seen in the community was beyond explanation, adding that all hands must be on deck to contain the spate of crude oil losses in the country.

While appreciating the current leadership of the Military, Kyari expressed confidence that through a collaborative effort of government, security agencies, host communities and oil companies operating in the area and with the deployment of the right technology, the menace would be contained.

Pantami, Danbatta, Others To Speak At NITRA Annual Conference