The Road Infrastructure Tax Credit Scheme has been described by the Executive Chairman of the Federal Inland Revenue Service (FIRS), Muhammad Nami as one of the greatest innovations of the Federal government in its resolve to tackle Nigeria’s infrastructure deficit.

Special Assistant to the Executive Chairman on Media & Communication, Johannes Oluwatobi Wojuola said, the scheme which provides for public-private partnership intervention in the construction, refurbishment and maintenance of critical road infrastructure in the country with participants being entitled to Tax Credits against their future Companies Income Tax was the subject of debate at the Senate Stakeholder and Public Hearing on the 2023 Medium-Term Expenditure Framework (MTEF) and Fiscal Paper, which heat the Senate Chambers.

“I think one of the greatest innovations of the government of the day is the Executive Order 007, which was signed into law in 2019,” Mr. Nami said. “I want to speak to the one we are handling jointly with the NNPC. The NNPC through its subsidiary for instance is investing in about 1,824 kilometres of roads across the 6 geopolitical zones in Nigeria.

“Some of these roads had been constructed as far back as 1976. I could remember when I was still rounding up my primary school education, the road that leads Suleja to Lapai-Agaie-Bida was constructed by a company called DTV. I am not aware of any significant work done on that road 40 years later, only until now when the NNPC is using Executive Order 007 to reconstruct the road.

“I can report authoritatively to the Chairman and members of this committee that from December 2021 to July this year, the contractor has completed the reconstruction of well over 50 percent of that road.

“The road leading from Suleja to Minna for instance was awarded some 11 years ago to a company for over N20 billion. Ironically, annual budgetary provision in our National Budget every year stands between N150 million to N200 million per annum. If we are to complete that road, going by the annual budgetary provisions it would take an average of 35 to 40 years before we finish it.

“I can confirm to the Chairman that with Executive Order 007, NNPC is now providing funds and in the next two to three years that road will be completed. This is an important innovation of the government and I would plead with this distinguished Committee of the National Assembly to support the government on it,” Mr. Nami noted.

Supporting the position of the FIRS Executive Chairman, the Minister of Finance, Budget and National Planning, Hajia Zainab Shamsuna Ahmed explained further that the tax credit was only provided to the beneficiaries after completion of the construction work, and not before.

She noted that several companies had indicated interest in carrying out construction and rehabilitation of roads under the scheme across the country, adding that while some of these companies had commenced work, others were yet to as they were still finalising on some of the documentation requirements such as Bill of Quantities. 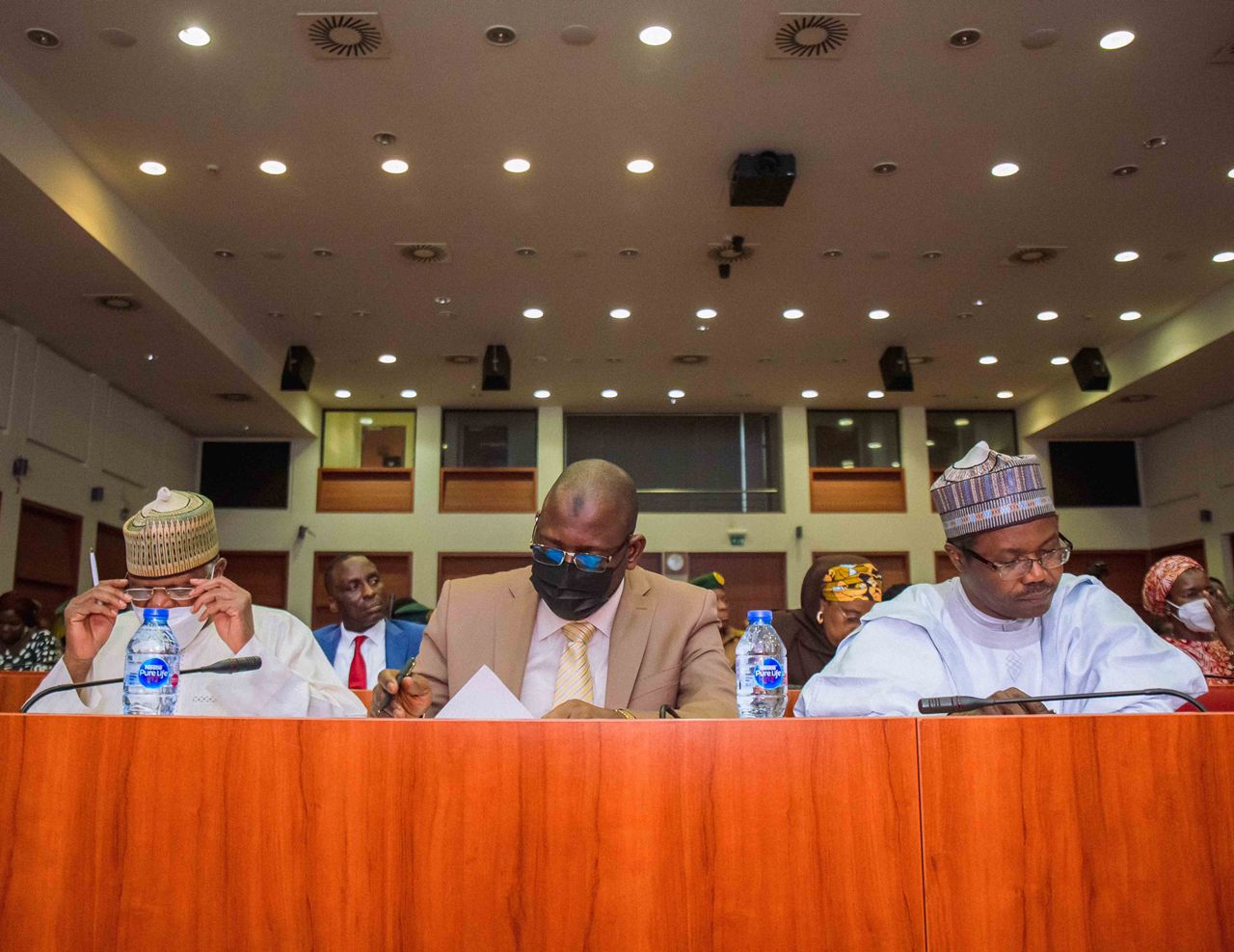 On the issue of revenue challenges being faced by the country, Mr. Muhammad Nami noted that a major cause of tax revenue loses for the country is the issue of having “fragmented tax systems and agencies.”

“In Nigeria we have 774 Local Governments, each of them have a tax authority; each of the 36 States, too, have revenue authorities with their respective mandates; then we have the FIRS and Customs. What I would advise for efficiency and to do things in line with global best practices, is that we should amend our tax laws to harmonise the tax agencies and tax system.

“With this, when the FIRS, for instance visits ‘Company A,’ it can serve one assessment on the company, and also on the individual that owns the Company; it can also ask the company to account for the VAT it has collected, and ask for PAYE it has deducted from its employees as well as the Personal Income Tax of the Promoters of the Company.

“This is currently not the case, and as such has created a huge gap in our tax system.”

The Senate Finance Committee, led by Senator Solomon Adeola charged the Federal Government through the Ministry of Finance and members of the government’s economic team to explore novel strategies that would shore up revenue for the Federal Government, including restructuring the remitting formula for Government Owned Enterprises (GOEs).

The Committee urged the Federal Government to consider a situation where Government Owned Enterprises (GOEs) remit 100% of their revenue to the government, while being funded by a determined percentage of Cost of Collection as is the case with the FIRS and Customs.

Arguing for this, the Committee opposed the current situation where some government agencies were retaining hundred percent of their revenue, spending from it, and paying government operating surplus.

The Committee recommended that these GOEs should keep only 5 to 15 percent as their cost of collection from the revenue generated to cater for their salaries, operational expenses and capital expenditure as is currently done by the Nigerian Customs and FIRS, while remitting the difference of 85 to 95 percent of their gross earnings as against the current practice of operating surplus where they spend between 70 and 90 percent of their gross earnings.

The Committee noted that this also has the capacity to make them put in more effort to improve their revenue when compared to the FIRS and Customs.

The Committee further urged the Federal Government to apply the same logic to the running of government owned universities by providing funding for only research and infrastructure needs through the Education Tax already being administered by the FIRS, while allowing the Vice Chancellors to use the revenue from school fees and other innovative revenue sources to run the Universities.