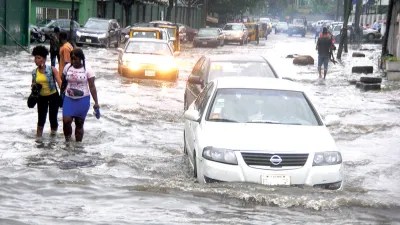 The National Emergency Management Agency (NEMA) has said that more than 300 people have been killed by floods across Nigeria in 2022.

The Director General of NEMA, Mustapha Ahmed, disclosed this at a strategic workshop with stakeholders on disaster risk reduction and management held in Abuja.

He said over 50 flood disaster alerts were received by the agency on a daily basis, with more 100 communities affected, adding that the numbers have been increasing by the day.

The NEMA Czar posited that 2022 flood disaster would be worse than that of 2012.

In 2012, NEMA reported that at least 363 people were killed and over 2.1 million people were displaced by floods.

Ahmed blamed state governments for not heeding to the warnings, which he said makes disaster reduction and management very difficult.

Some parts of the country have been ravaged by floods in the last few days. On Monday, some residents of Lagos State lamented the impact of heavy rainfall and the attendant floods that affected several parts of the state.

Nine persons were trapped when a building started sinking in the Mende area Maryland in Lagos. Also, two persons were confirmed dead in the Alimosho Local Government Area of the state.

In the northern region of Nigeria, death toll from the floods in Jigawa State rose to 51 as residents continue to recover from the havoc wreaked by the menace.

Also, about 2,051 people have been displaced in Karnaya village in Dutse, the Jigawa State capital.

How Nigerians Will Benefit From NCC’s Projects, Others -Danbatta

I Was Underestimated By Barcelona -Luis Suarez

Many Feared Dead After Bomb Explosion In Ondo Church