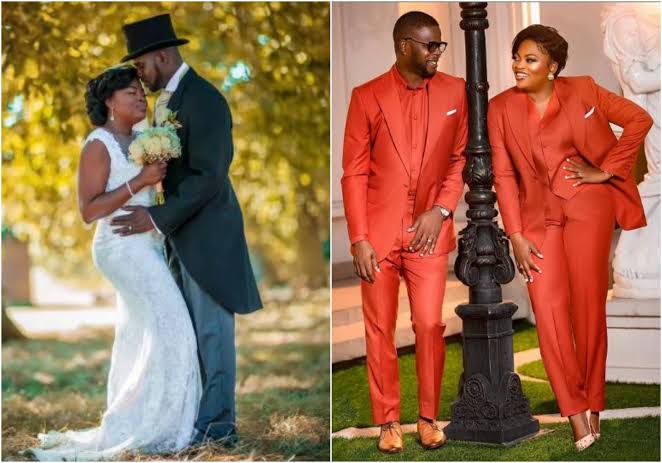 Movie producer and singer, Abdul Bello better known as JJC Skillz has announced the end of his 7 year old marriage to Funke Akindele.

He made the announcement via his official Instagram handle on Thursday, June 30, 2022.

According to him, the marriage had been having issues for the past two years and eventually, the Actress asked him to pack out of their home.

He however did not disclose the cause of their conflict. 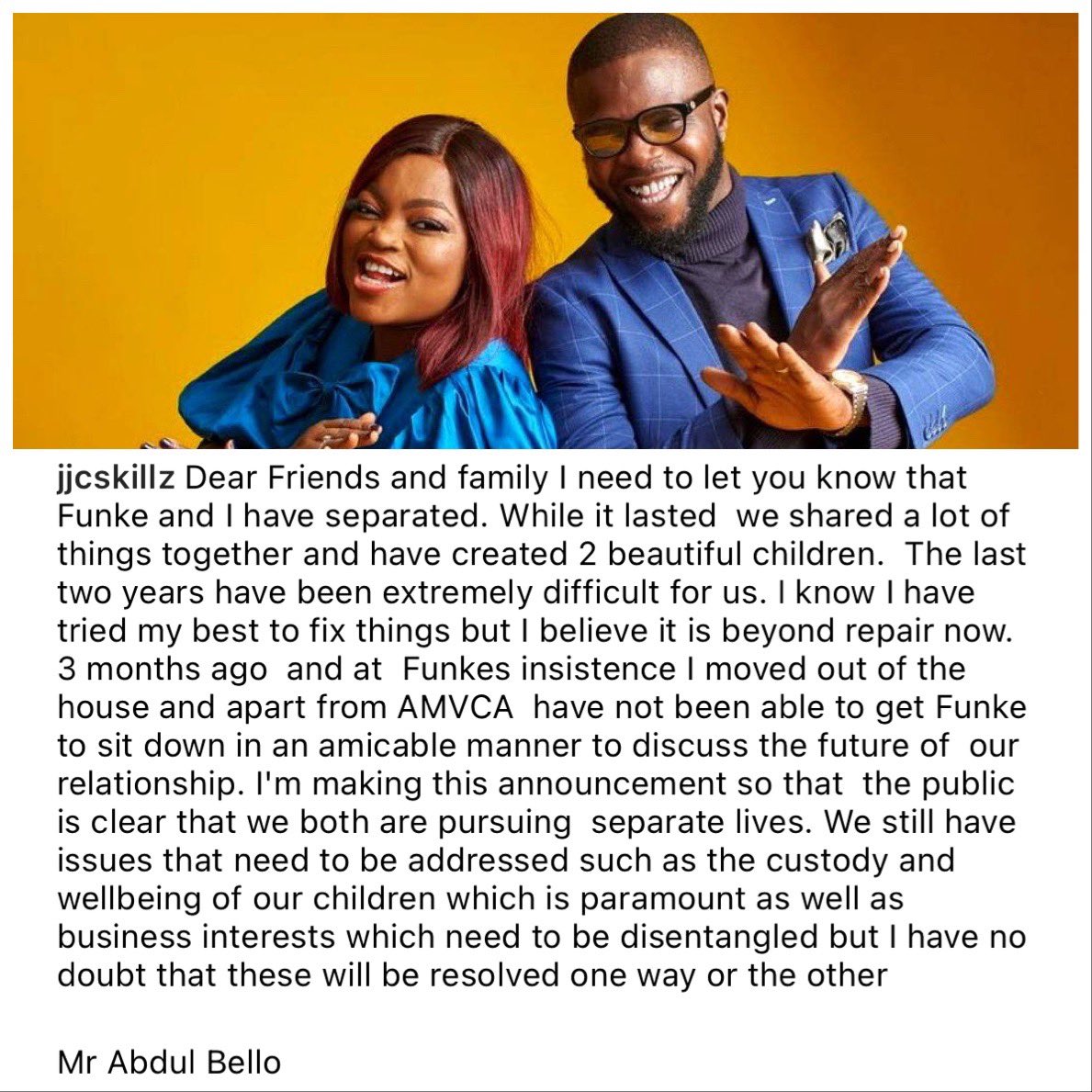 New JTF Commander Urges Troops To Brace-up Ahead Of Elections