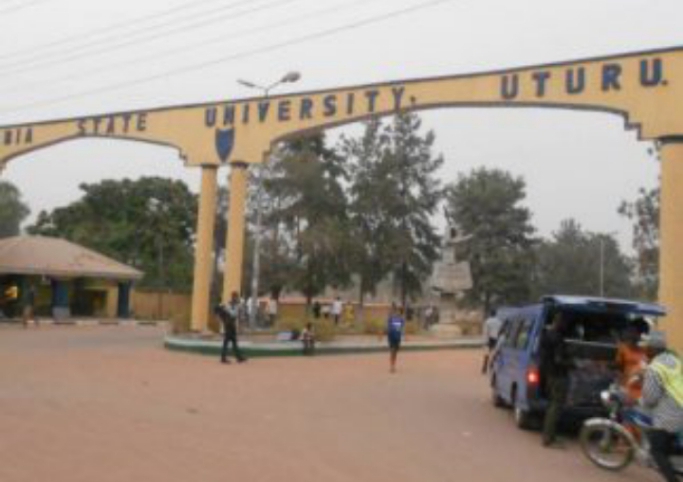 The Abia State government has confirmed that gunmen have kidnapped an unconfirmed number of students of Abia State University, ABSU, Uturu.

According to the State Commissioner for Information, John Kalu, the hoodlums ambushed the students who were journeying on a bus along Okigwe-Uturu Road, and whisked them into the forest.

Kalu, in a statement on Thursday, said that two of the students escaped from the clutches of the hoodlums while others were still being held hostage by the criminals.

The statement, made available to newsmen read, “Abia State Government is currently monitoring an incident that happened in Okigwe, Imo State, yesterday, which led to the suspected abduction of yet to be determined number of students of the Abia State University, Uturu, who apparently ran into a yet to be identified gang of hoodlums operating along the Okigwe-Uturu Road.

“Preliminary information available to us indicates that the students were moving in a mini van from Okigwe to Uturu between 7pm and 8pm when they ran into the armed gang who marched them into the nearby forest along with other yet to be identified travelers.

“Two of the students managed to escape from the hoodlums while others are still being held at a yet to be identified location”.

The statement further reveals that the Abia State government is collaborating with the government of Imo State and relevant security agencies in both states to ensure the rescue of the abducted students and others.

The State government meanwhile has appealed for calm among members of the public and ABSU community, and has assured that no resource will be spared in ensuring the safe return of the victims.

“No criminal operating within our environment will be allowed to escape justice as we take the job of protecting lives and property of Abians and visitors to the State very seriously,” the statement said.

It would be noted that the President, Major General Muhammadu Buhari, has recently come under fire over the escalating kidnappings and killings in the country, with many losing confidence in the ability of the administration to end the menace once and for all.