The Deputy Comptroller General in charge of the Directorate of Border Management, Nigerian Immigration Service (NIS), DCG Muhammad Aminu Muhammad, has urged European countries and other developed States to look to improving the living conditions of people in developing countries, rather than fortifying their borders to control migration.

Muhammad made the call when he, last week, led an eight-man delegation on a two-day working visit to the headquarters of the European Border Agency, the FRONTEX, in Warsaw, Poland.

TheFact Daily reports that DCG Aminu Muhammad, while expressing appreciation for the warm reception accorded his team, noted that meetings such as this between the Service and FORTEX, should be encouraged in the light of modern migration realities which indicate that no unilateral efforts at migration and border security management will endure.

He further made a case for developed nations to sincerely join efforts with authorities in developing countries to frontally address the pull and push factors of modern migration, emphasizing that the quantum of investments in building high-rise border barricades would not yield lasting benefits if the living conditions of people in developing countries remain abysmally poor.

Earlier in her welcome address, the interim Executive Director of FRONTEX, Aija Kalnaja, stated that Nigeria and indeed the NIS remains a very dependable partner to her agency in the areas of border security and migration management.

Kalnaja made a case for enhanced collaboration and partnerships by border agencies for a sustained fight against cross-border crimes especially migrants smuggling and trafficking.

“I sincerely hope that both agencies will explore the opportunity of this meeting to examine the existing working arrangement to see if there are areas of possible review in line with current global migratory realities,” she stated.

Also speaking, the facilitator of the trip and country representative of FIIAPP, implementer of the Action Against Trafficking in Persons and Smuggling of Migrants in Nigeria, A-TIPSOM, Mr. Rafael Molina, disclosed that the trip was facilitated by his organization with the aim of building enhanced synergy between FRONTEX and NIS for a more coordinated approach to the fight against irregular and dangerous migration.

Some major highlights of the meeting include expressions of strong commitment to enhanced collaboration and partnership by both agencies in the fight against irregular migration as well as robust assurances for more enriching capacity building engagements between both agencies.

The delegation also paid a visit to the Nigerian Embassy, where they were treated to a very warm reception by the Nigerian envoy to Poland, His Excellency, Ambassador. Maj. Gen. Christian C Ugwu (rtd), and his team. 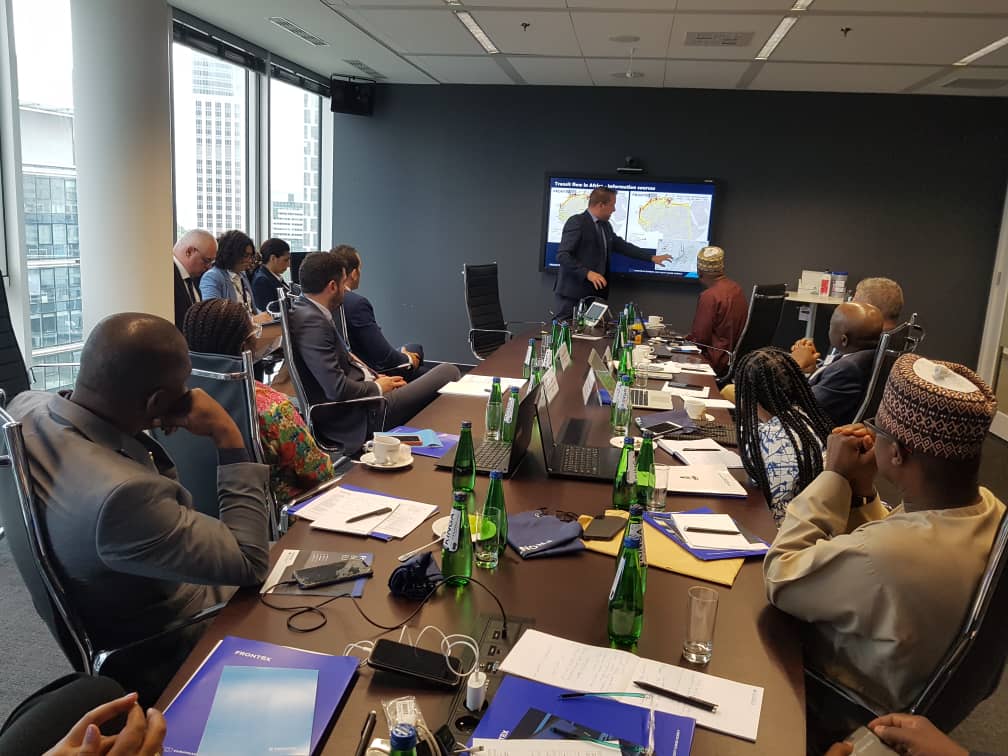