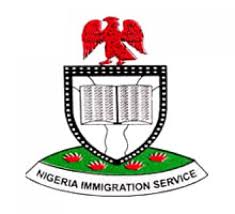 The Acting Comptroller General, CG, of the Nigeria Immigration Service, NIS, Isah Jere Idris, has approved the immediate removal of two of its personnel from the Murtala Mohammed International Airport, MMIA, for unprofessional conduct.

According to Amos Okpu, the Service’s Public Relations Officer, who disclosed this in a statement Friday, 18 March, the two officials of the Service had been found to have extorted money from a passenger last month.

TheFact Nigeria gathered that the Service had assured a woman that her complaints would be looked into after she had, through her Twitter account, levelled allegations against the officials of the Service, of extortion of some sums of money from her 14-year-old daughter who was travelling.

Following the allegations made, the Acting CG ordered a full Investigation into the matter, which included a thorough check on the CCTV facility at the airport.

Investigation by the committee, headed by the Lagos Airport Comptroller of Immigration, CIS KN Nandap, led to the indictment of two officials of the Service who attended to the passenger. They “were found culpable of unprofessional actions in the handling of the clearance process of the passenger”.

“The officials have since been withdrawn from the airport, and all former privileges as operatives at the airport stripped off them. They are currently undergoing necessary disciplinary procedures in line with the directives of the acting CG.

Meanwhile the acting Immigration chief has stressed his administration’s zero tolerance for all forms of indecent conduct, and enjoins members of the public to willingly report all noticed instances of infringement by any member of the workforce of the Service for necessary actions.