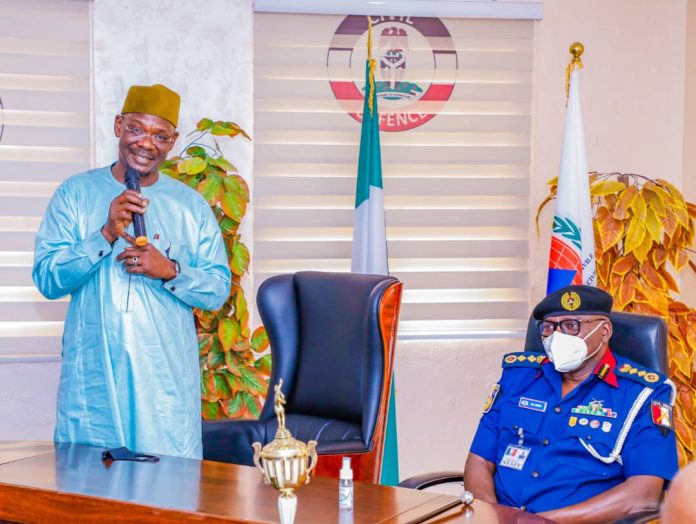 Following intelligence reports indicating that bandits currently being dislodged by the military in Zamfara, Niger, Kaduna and other parts of the North West, are likely to take refuge in the North Central, the Nigerian Security and Civil Defense Corps (NSCDC), has beefed up security in Nasarawa and Kogi states.

Commandant General of the corps, Ahmed Abubakar Audi, disclosed this when he received Nasarawa State governor, Engineer Abdullahi Sule, at the headquarters of the corps, in Abuja, on Wednesday.

TheFact Nigeria gathered thar the corps has deployed additional logistics to the two states, in order to adequately tackle the security threat posed by the anticipated influx of bandits into the two states.

Audi noted that, with the current insecurity situation bedeviling the country, the only option remaining to nib the emerging trend, is to work on intelligence, stressing that the corps will always take action if in possession of credible intelligence.

He assured the governor of continued support and cooperation from the corps, towards ensuring addressing challenges of insecurity and maintaining the peace in the state.

The NSCDC boss used the opportunity to appreciate the governor for the continued assistance rendered to the corps, further requesting Engineer Sule to not only sustain the tempo but to even surpass previous interventions.

He particularly appreciated the governor for the visit.

Speaking earlier, Nasarawa State governor, Engineer Abdullahi Sule, urged the NSCDC Commandant General, to make the state and country proud, especially at a time that Nigeria is contending with challenges of insecurity. 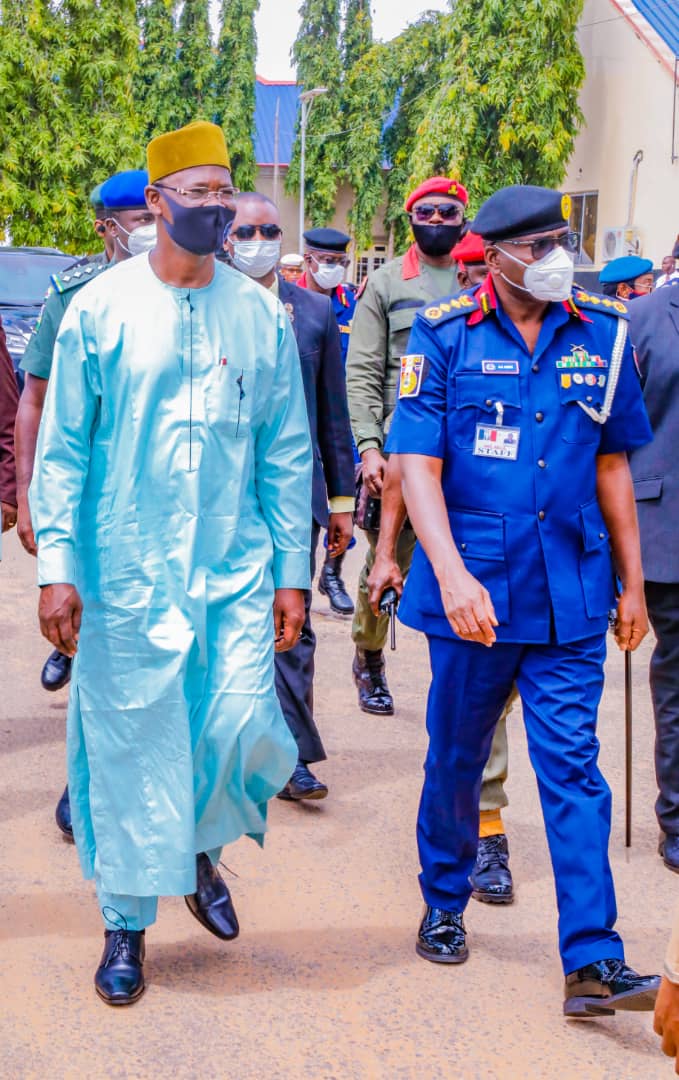 The governor commended the Nasarawa State command of the corps, for the support in the maintenance of peace, especially during the peak period of the COVID-19.

Engineer Sule pointed out that the NSCDC is at the forefront of arresting suspects involved in the vandalization of railway sleepers, as well as investigating and enforcing the state’s anti-rape law.

The governor equally commended the both the outgone state commandant of the corps, Gidado Fari and his replacement, Abbas Bappa Mohammed, for putting in their best.

SCUML: NGOs, CSOs, Susceptible To Use By Money Launderers – EFCC