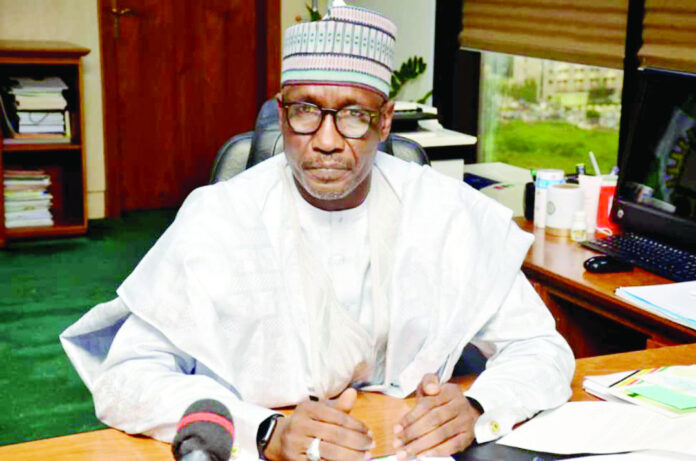 Mallam Mele Kyari is the Group Managing Director (GMD) of the Nigerian National Petroleum Corporation (NNPC). In this Exclusive Interview with TheFact Nigeria Magazine, he shares his thoughts on some of the transparent and profitability strides taken by NNPC under his watch. Excerpts:

TheFact Magazine: What have you done differently since assumption of office as GMD that NNPC now is regarded as the most transparent Organisation in Nigeria?

GMD: Thank you very much for your compliment regarding NNPC being the most transparent organization in Nigeria. As you are aware, when we came in NNPC was always in the news for one scandal or another. We recognized that there was an obvious challenge with the way we conduct our businesses, especially with regard to transparency. That was why we came up with the strategic objective of Transparency, Accountability, and Performance Excellence (TAPE). We made a commitment to enthrone transparency and accountability as cardinal principles in conducting our businesses in order to ensure that the over 200 million Nigerians who are the owners of NNPC are aware of all that we do in the Corporation. In this regard, we have continued to publish the Corporation’s Monthly Financial and Operations Report. To the best of my knowledge, there is no other business organization in the world that prepares monthly financial report. But at the NNPC, we do that to let the world know the financial standing of the Corporation at every point in time. We also followed that up with the publication of the 2018 and 2019 Audited Financial Statements on our website. That was the first time the Audited Financial Statement of NNPC was published for anyone who is interested to access. The 2020 Audited Financial Statement will soon be released and we will also publish it for everyone to see. I think that is one of the things done differently that has impacted on the transparency rating of NNPC.

TheFact Magazine: Year 2020 was declared as a year of gas. Do you think the target was fully achieved considering the advent of Covid-19 pandemic?

GMD: Year 2020 was the year of gas. Indeed, the Covid-19 pandemic came and affected a lot of things, but we can say that rather than affect our gas aspirations adversely, it actually helped us to be more focused and aggressive. When the pandemic caused the price of crude oil to crash, the price of gas held strong and this helped us to focus on making it a real year of gas. For example, in the face of the Covid-19 pandemic in 2020, we kicked off the construction of the Ajaokuta-Kaduna-Kano (AKK), an integral part of the National Gas Master Plan. The significance of this project is that it will help get gas to the Northern part of the country and propel industrial development in the region. We, in conjunction with the Ministry of Petroleum Resources, also launched the Nigeria Gas Expansion Programme in 2020 to provide alternative automotive fuel for Nigerians. That was the programme where we unveiled Autogas and encouraged Nigerians to take advantage of the scheme to help Nigerians convert their vehicles to the use of Compressed Natural Gas (CNG) for free. The year 2020 also saw us sign the Engineering, Procurement and Construction contract for the NLNG Train 7 project. Though there has been a delay in kicking off actual construction work due to the pandemic, it was significant that the contract for the work was signed within the year of gas. By next week we are kicking of work on the project. It was also in the gas year, 2020, that we commissioned the Oredo Integrated Gas Handling Facility and LPG Storage Unit in Ologbo, Edo State. These projects have helped to boost local production of cooking gas in the country. A lot of progress was also made in the execution of the Escravos-Lagos Pipeline System 2 and the Obiafu-Obrikom-Oben gas pipelines within the year. So, to answer your question directly, I would say the target was fully achieved.

TheFact Magazine: What does Nigeria stand to gain from the recent OML 118 agreement signed with SNEPCo and others?

GMD: If you are familiar with the disputes surrounding the OML 118 and indeed the deep-water acreages, you would know that the signing of the agreement to resolve the dispute is a significant step in the development of the nation’s deep-water resources. In the first place, the agreement saved the nation a lot of money that would have been spent on litigation and other contingent liabilities running to about $9bn. With the resolution of the dispute, we have unlocked over $10bn investment in the Bonga asset. All these are aside of the $780m immediate revenue that would accrue to the Federal Government from the deal. So, anyway you look at it, the deal is a plus for all the parties involved.

TheFact Magazine: Nigerians are not happy that a whooping sum of $1.5bn was approved for the rehabilitation of the Port Harcourt Refinery because of the poverty in the country. What is your promise to them and what next after the rehabilitation?

GMD: I don’t want us to go into the dialectics of your assertion that Nigerians were not happy about the approval of $1.5bn for the rehabilitation of the Port Harcourt Refinery. But suffice it to say that a bulk of the criticisms that followed the approval of funds for the rehabilitation were borne out of ignorance. For instance, some said the $1.5bn can build a brand new refinery. But we all know that was not true. When you talk about poverty, do you know how much of it is caused by the refineries being down? Do you know how much wealth the refineries could create when they are up and running? Anyway, to answer your question directly, we have promised that this rehabilitation project would not be like the Turn-Around Maintenance of the past. That is why we have set up a Refineries Rehabilitation Steering Committee that has members drawn from all groups of stakeholders from labour unions to civil society groups. This is to ensure that the interest of every Nigerian is maintained. We will deliver on the project and Nigerians will have their refinery back in operation at over 90% of Installed capacity. On what to expect after the rehabilitation, we have said that we want to introduce the Operations and Maintenance Model of running the refineries. This means that NNPC as a Corporation will no longer run the refineries. Rather we will appoint Operations and Maintenance Contractors who will run then and ensure that they are maintained as and when due. We are already in the process of sourcing for O & M contractors, the Expression of Interest advert for the contract has been published. You must have seen it in the media.

TheFact Magazine: The NIPS is scheduled to hold from June 6 to June 10, 2021 following approval granted by the Presidential Task force on Covid-19. What do you have for the investors?

GMD: The Nigerian oil and gas environment is full of investment opportunities. We welcome delegates and other participants at the summit to tap into the abundant opportunities in the sector.

TheFact Magazine: Deregulation: Considering the fact that majority of Nigerians are living below the poverty line, do you think Nigerians will be able to pay N385 per litre of fuel as proposed by the governors?

GMD: I am very happy you said the amount you mentioned is a proposal, not by NNPC, but by the governors. What I can say to this is that the Federal Government is currently in discussion with the organized labour on the issue of deregulation and fuel price. I would advise that we await the outcome of that discussion rather than speculate.

TheFact Magazine: What is the current level of work at the AKK project? Has the Federal Government disbursed the money to the contractors handling the project as promised by the Minister of Finance during the inspection tour of the project last year?

GMD: The question of payment should be directed to the Minister of Finance whom you said made the promise. All I can tell you is that the AKK project is going on well. The contractors are on site working.

TheFact Magazine: What do you think should be done to speed up the PIB?

GMD: The PIB is at a very crucial point in the legislative process, having gone through the public hearing stage. The Minister of State for Petroleum Resources is in constant touch with the lawmakers over the Bill. I think we should allow the lawmakers to do their work since they have promised to ensure the passage of the Bill within the life time of the 9th National Assembly.

TheFact Magazine: Has the current insecurity in the country affected NNPC’s operations in any way?

GMD: NNPC is a part of the society, so of course we have been affected one way or the other. But our operations are intact