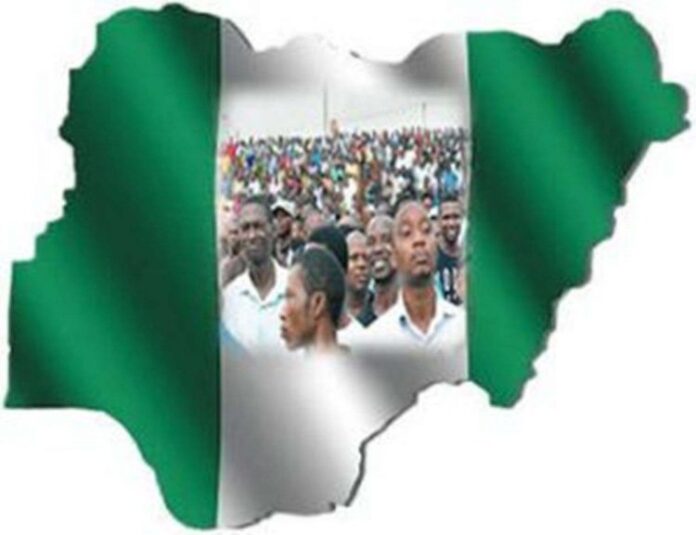 The National Alliance for Sustainable Democracy (NASD) has called on the Federal Government to provide dividends of democracy to the masses to reduce the adverse effects of economic stagnation, security challenges, social injustice and political upheavals that have impeded democratic governance in the country.

In a statement signed by its National Chairman, Mr. Okorie Onwuchekwa Orji, NASD  paid tributes to the heroes and heroines of democracy in Nigeria since Independence in 1960.

He said that Nigerians have witnessed unprecedented violence, arson, terrorism, insurgency, militancy, banditry, kidnapping, armed robbery, ritual and herdsmen killings, clamour for secession and disintegration of the nation in the recent times.

Orji said: “No part of the country is safe as the bloodletting continues unabated in flagrant violation of Section 14(2)b of the Constitution of the Federal Republic of Nigeria 1999 (as amended), which provides that the security and welfare of the people shall be the primary purpose of government. Governments at all levels are overwhelmed by the burden of leadership as the ship of the state continues its perilous course.

“The state of the nation demands urgent action by Federal and State Governments to salvage it from disintegration. Patriotic Nigerians should also rise to save the nation from being balkanized and hold all public officers accountable for their actions and inaction in government”.

He said that the nation can only advance when government and citizens are alive to their responsibilities and resist actions that undermine the country’s democratic process.

It is time to take governance serious. President Buhari should sit up and know that he is the father of the nation and act accordingly. For long, Buhari has acted like an absentee president who is not aware of the goings on in government. He should know governing a vast nation like Nigeria is not a tea party and should not be ruled by primordial sentiments. Nigerians expected so much from Buhari based on his antecedent as an upright though stern military head of state. So far, he has not justified the confidence the populace reposed in him.

He said that President Buhari should use the occasion of this democracy day to reorder his government priorities, rejig his cabinet, observe Federal Character principle in his appointments, ensure public order and safety, be presidential in word and action, and improve the people’s standards of living.

He said: “His lackadaisical approach to governance is the immediate cause of resurgence of terrorism, insurgency, militancy, banditry, killer herdsmen, kidnapping and clamour for secession and disintegration of the nation. Unlike his predecessors, Buhari mishandled the Indigenous People of Biafra (IPOB) activism for secession resulting to unrest in the South East which the ubiquitous “unknown gunmen” capitalized on to unleash mayhem in the zone.

“The National Alliance for Sustainable Democracy condemns in strong terms the spate of attacks against Journalists carrying out their constitutional duties as the conscience, mirror and watchdog of the nation. It is outrageous, absurd and despicable that security agents would molest, assault and manhandle Journalists on official assignments with impunity as if Nigeria is a banana republic.

“The recent attacks on the Punch newspaper Chief Correspondent, Friday Olokor by a team of disgruntled Police and Department of State Services (DSS) operatives in Abuja is barbaric. NASD warns security agents to desists from this appalling, nasty and loathsome actions, and calls on the Inspector General of Police and Director General of DSS to apprehend the erring officers and bring them to book. The reporters and their media houses should also seek redress in court as the temple of justice for all aggrieved citizens.”

With activities for the November 6 Anambra State Governorship Election commencing this June, NASD called on political parties to adhere strictly by their constitutions and INEC guidelines and regulations in conducting their primaries to ensure  rancour-free exercises.

NASD also urged eligible voters to come out en-masse to register and obtain their permanent voter cards. Nigerians expect a free, fair, credible and inclusive gubernatorial poll. Every vote must be counted and count in the overall result. The will and mandate of the people must be accepted and respected.

“Since Nigeria is the only country we can call our own, all hands must be on deck to build a strong, virile, united, equitable, progressive and decent democratic nation. We are all in it together,” he said.