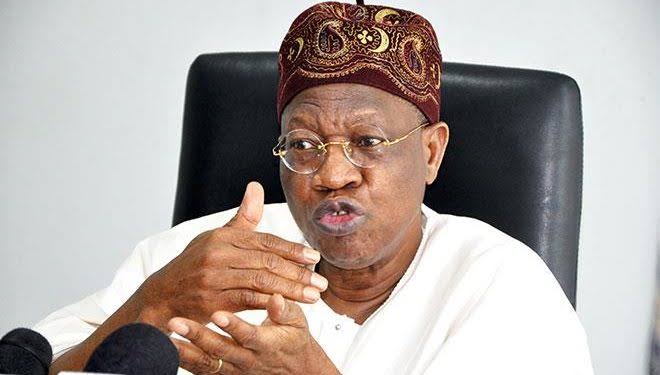 The Minister of Information and Culture, Lai Mohammed  has said it is not the responsibility of the federal government to prosecute suspected  kidnappers and bandits, saying theses are not federal offences.

The Minister disclosed  this on Tuesday   at a press conference in Abuja.

TheFact Nigeria reports that the minister’s remarks come as a response to the opposition People’s Democratic Party’s(PDP)statement on the increasing level of  insecurity in the country.

Mohammed said, “The PDP alleged that kidnappers and bandits are not being brought to justice. This is apparently aimed at the Federal Government.

“It is shocking that a party that ruled this nation for all of 16 years does not know that kidnapping and banditry are not federal offences.

“Meanwhile, PDP conveniently forgot that as far as terrorism, a federal offence, is concerned, this Federal Government has successfully prosecuted thousands of Boko Haram members in Kainji, as part of a continuing exercise. We are now seeking the cooperation of the judiciary to continue with the trial of arrested terrorists”, he said.

He said, the PDP did not respect it’s own words as it played cheap politics while playing the ostrich.

He noted that the opposition made wild accusations against the President and his government. “For example, the PDP said the government has refused to engage, and that we were running a ‘government of exclusion’, and not engaging stakeholders.”

He said the federal government has consistently engaged Nigerians on national  issues including security infrastructure, farmer herders crises among others.