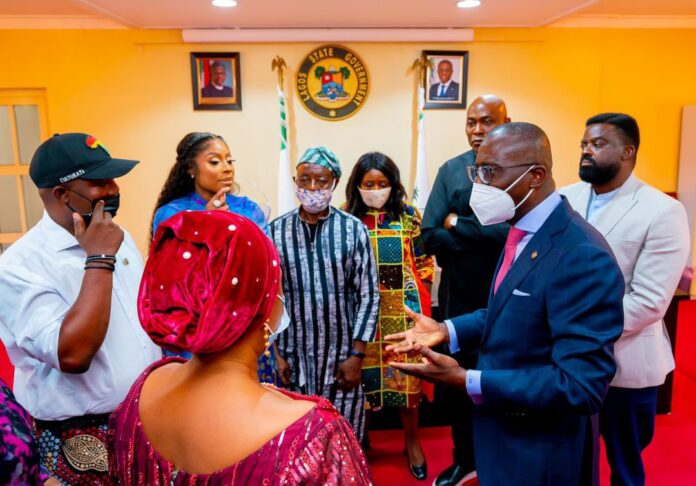 The Lagos State government has said that it has set aside the sum of N1billion for Nollywood, creativity and tourism.

Governor Babajide Sanwo-Olu said this is in view of the realisation that Nigeria ranks second in film production with Lagos as the epicenter.

Mr. Sanwo-Olu revealed this on his verified Twitter handle, @jidesanwo-olu on Wednesday.

He said that the gesture would support practitioners and enhance the sector which is a significant contributor to Lagos State and national Gross Domestic Product, (GDP).

The Lagos State government therefore inaugurated a 9-member committee charged to deliver on their assignment with great commitment so as to achieve.the set objectives.

@jidesanwo-olu wrote: “Nigeria is the second largest film producer in the world and Lagos is the centre of this huge creative enterprise. “To further support practitioners and enhance the sector as a significant contributor to our state and national GDP, today, I inaugurated a 9-member committee …

…” which include @RMofeDamijo, veteran filmmaker @tkelani, Founder AMAA
@PmoPeace, Film and TV producer @MoAbudu and @kunleafolayan to deliver on their assignment with great commitment so the set objectives will be achieved.

“We have set aside a seed capital of N1 billion for the creativity and tourism sector. “The scheme is to support creative ideas of producers who are constrained by funds to bring their concepts to reality.”