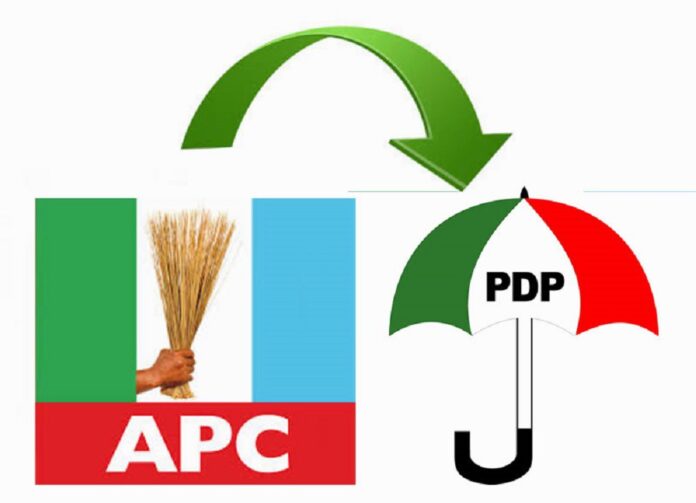 There are strong indications that the ruling All Progressive Congress (APC) would witness mass defection of members following the impunity of some state governors.

From the available reports, almost all the APC states are troubled and could lead to mass exodus of members.

This is as a result of the fallout of the party’s primaries held across the country.

Just on Monday this week, the Nasarawa State Governor, Engr. Abdullahi Sule set up a high-powered committee to go round the state and reconcile aggrieved members of the APC as a fallout of the recently conducted primary elections.

According to the Governor, the committee is expected to go round and speak with various members of the party who may have felt wrongly treated during the primaries of the party, with a view to addressing the issues.

“Anyone who feels very strongly that they have not been treated fairly, there are proper procedures to address such issues. I am appealing to our members that very soon we are going to set up a high-powered committee that is going to go around and speak with various members of the party and hear how they feel about what has happened and see how best to address those issues,” he stated.

However, APC lost four Senators this week. They lost three on Tuesday and two on Wednesday.

The Two Senators from Bauchi and Imo States, were Senator Dauda Jika representing Bauchi Central and elected on the platform of the APC.

The APC lawmaker, Dauda Jika, in his letter said, “I hereby wish to notify you of my defection from the All Progressives Congress (APC) to the New Nigeria Peoples Party (NNPP) whose ideals are in line with my political aspirations.”

To prevent further defection, the party’s National Chairman, Sen. Abdullahi Adamu summoned all the APC Senators to a meeting.

TheFact Daily has it on good authority that the Adamu’s meeting with the Senators would not stop the tsunami.

APC Fires Back At Obasanjo Over Failed State Claim