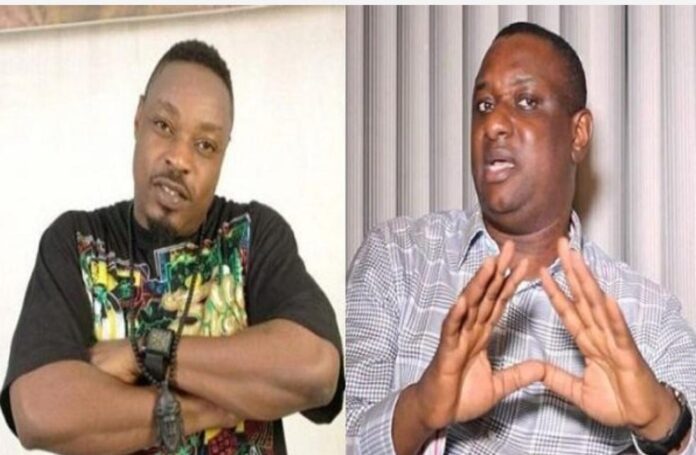 This was after the Musician started condemning President Buhari’s administration.

The minister backed his claims with a long thread that had screenshots of text messages that revealed what transpired between him and Eedris. 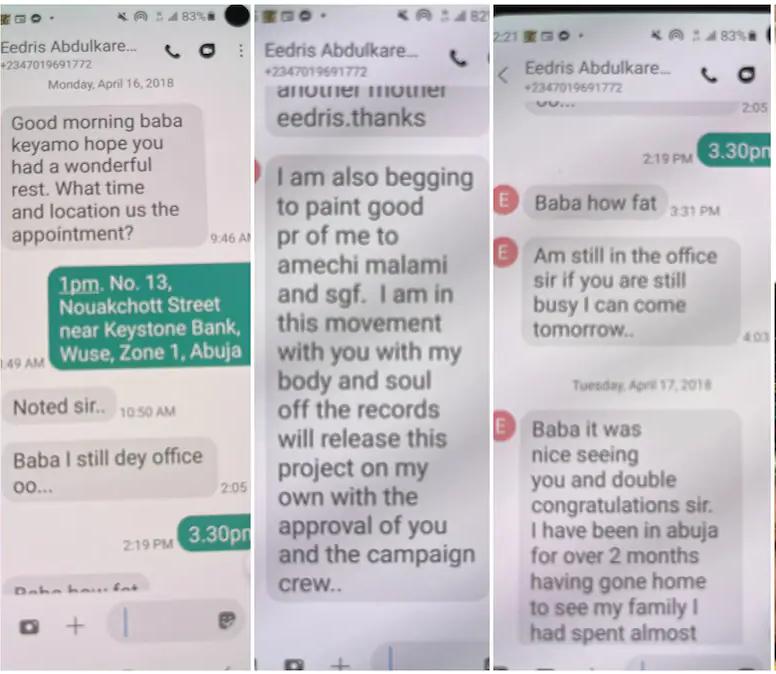 The minister said, he told Eedris that there was no financial budget to bring him on board as he was also working as a volunteer.

He further revealed that the Musician begged him for the sum of N3 million stating that he needed to pay for his hotel and his sick mothers bills too.

However, Festus said, he stopped responding to his pleas after he discovered that Eedris had told different stories to other people in order to get money from them.

He said that when Eedris failed in getting money from him, he joined the opponent, Atiku Abubakar, and started campaigning against Buhari.

He also disclosed that when the musician released Jagajaga Reloaded and said where Festus Keyamo sef? He don dey chop with cabal o, he had no other choice than to laugh at him.