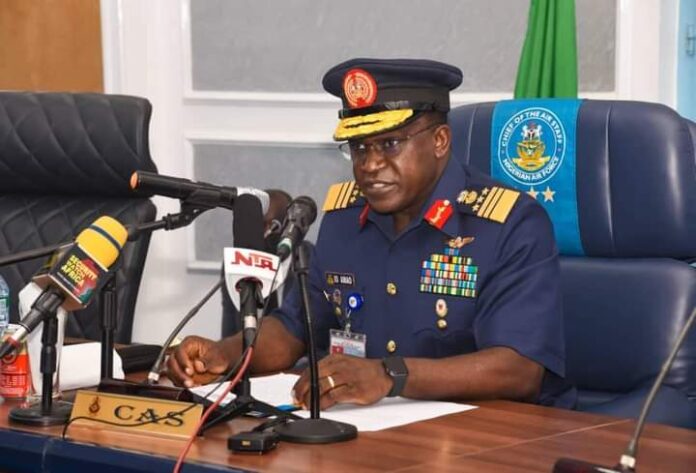 Operational manpower development in the Nigerian Air Force, NAF has received a boost, following the winging of 6 helicopter pilots who recently completed their basic flying training at Draken Helicopter Academy in the United Kingdom.

Chief of the Air Staff, CAS, Air Marshal Oladayo Amao, in his remarks earlier today, during the winging ceremony, reiterated the importance of the human factor as the most critical airpower component that must be enhanced and sustained for effective and efficient performance, hence the increase in manpower development in the NAF in recent times.

Amao further stated that these efforts are expected to place the Service in a dominant position to deliver on its constitutional role more effectively, especially in the light of NAF’s involvement in several internal security operations across the country.

The overall effect of these efforts, he disclosed, is that the NAF, operating in synergy with sister Services and other security agencies, will be better positioned to more effectively counter both domestic and foreign threats to the nation’s security and the wellbeing of our people.

Speaking further, Air Marshal Amao revealed that the NAF currently has a total of 195 officers and airmen/airwomen undergoing various training courses abroad, which cut across several specialties and trades.

The CAS emphasized that these courses are aimed at maintaining combat readiness by increasing the number of pilots to man existing aircraft, including the 26 new platforms acquired by the Federal Government in the past 6 years.

On the A-29 Super Tucano aircraft, the CAS stated that about 60 NAF personnel, comprising pilots, engineers, technicians, and other specialists, have completed their training on the aircraft in the USA. 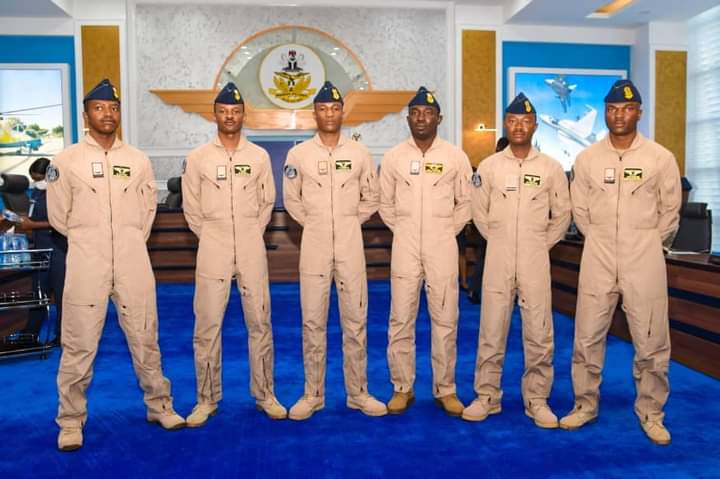 While encouraging the newly winged pilots, the CAS urged them not to rest on their oars as the feat they have achieved also comes with a burden of responsibility as so much is expected of them. He also advised them to continue to give their best to the Service and the Nation.

Air Marshal Amao also used the opportunity of the ceremony to appreciate President Muhammadu Buhari for his unflinching support to the NAF.

Earlier, the Chief of Training and Operations, CTOP, Air Vice Marshal (AVM) James Gwani, noted that the winging of the pilots further lends credence to one of the key drivers of the CAS, which is to “Pursue purposeful training and human capacity development’.

While giving the highlights of the courses, the CTOP stated that the Basic Flying Course 24B, which commenced from 27 February 2020, to 20 June 2021, included 3 phases: Basic Rotary Wing Phase, Operational Rotary Wing Phase and Conversion Phase.

Present at the ceremony were Branch Chiefs of Headquarters NAF, Directors as well as relatives of the newly winged pilots.