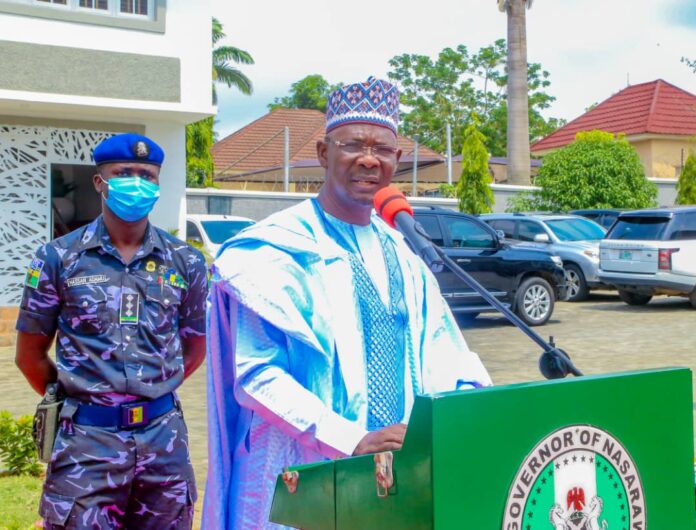 Nasarawa State government and Golden Sugar Company, a subsidiary of the Flour Mills Nigeria Plc, have signed a Memorandum of Understanding (MoU), estimated at over USD300m, for the production of sugar, in Toto Local Government Area.

The MoU between the two parties, was signed at a colourful ceremony, which held at the Nasarawa State Governor’s Lodge, in Abuja, on Friday.

With the signing of the agreement, Golden Sugar Company, will take possession of 20, 450 heactares of land, with the companying saying it will commence cultivating 15000 hectares for raw sugar, while the remaining will be devoted to critical infrastructure such as roads, schools and other facilities to support the host communities.

Speaking shortly after signing the MoU, Nasarawa State governor, Engineer Abdullahi Sule, said the event is in line with the thrust of his administration, to create employment, as well as turn the state into an investment haven.

Engineer Sule added that, the signing of the MoU, was also in line with the policy thrust of President Muhammadu Buhari, on local food production, as well as meeting the sugar consumption of the country.

While noting the tremendous potentials of Nasarawa State in agriculture, the governor recalled that, the journey leading to the signing of the agreement, began shortly after he assumed office a year ago, with a visit to the head office of the Flour Mills Nigeria Plc, in Lagos.

According to Engineer Sule, with such potentials that abound in the state in the agricultural sector and with the Flour Mills Nigeria Plc, being one of the most reputable company in the food industry in the country, he said there was no way he could go to sleep without bringing the company to Nasarawa State.

The governor thanked the Flour Mills for choosing to do business in the state, assuring the company of adequate measures put in place to secure the area where the 20, 450 hectares is located.

Engineer Sule however appealed to the firm, to adhere to the regulations of the National Sugar Development Council, which stipulates, among others, that 30 percent of the acquired land, must be devoted to the indigenes of the area, as outgrowers.

Group Managing Director/CEO of the Flour Mills Nigeria Plc, Omoboyede Olusanya, appreciated Engineer Sule, as well as the Toto community, for supporting and giving his company, the strength and courage, to execute the agreement.

While noting that the project is in line with the backward integration policy of the Federal Government, the GMD/COE of the Flour Mills Nigeria, however appealed to government, to stick to its policies on sugar production in the country.

Olusanya disclosed that, his company will cultivate 15,000 hectares of the land, for raw sugar, with the remaing to be used for infrastructure development, which will include roads, schools and facilities to support the communities.

Jim Iyke Beats Up Uche Maduagwu For Calling Him Ritualist