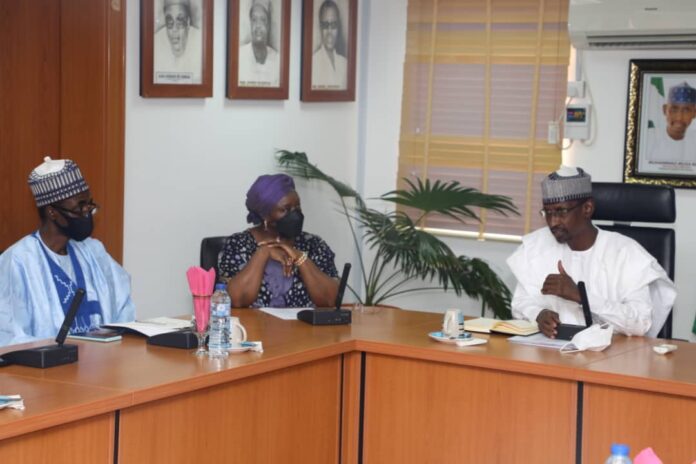 The Nigeria Deposit Insurance Corporation (NDIC) has solicited the support of the Ministry of the Federal Capital Territory (FCT) in the realisation of landed properties of banks in-liquidation within the FCT to enable it pay depositors of affected closed banks.

The Director, Communication & Public Affairs Department, NDIC, Bashir A. Nuhu in a statement said, the Chairman of the NDIC Board of Directors, Mrs Ronke Sokefun said this during a courtesy visit by the Corporation’s Board and Management to the Minister of the FCT, Mal. Mohammed Musa Bello in Abuja.

According to Mrs Sokefun, the Corporation had faced some bottlenecks in the full payment of trapped depositors’ funds as a result of difficulty in realising assets of banks in-liquidation due to poor documentation by the banks, revocation of title by authorities and litigations over the assets.

The NDIC Board Chairman who noted that some of the assets were located within the FCT said the support of the Ministry in realising them would assist the Corporation in the effective discharge of its mandate of deposit guarantee which ensures that depositors recover their savings in the event of bank failure.

Speaking further, NDIC’s Managing Director/CEO, Mr. Bello Hassan elaborated on the roles and relationship between the NDIC and the Asset Management Corporation of Nigeria (AMCON) in the management of banks assets.

He explained that the NDIC as a liquidator focuses on the assets of closed banks following revocation of their licence by the Central Bank of Nigeria (CBN) while AMCON was involved with only Non-Performing Loans (NPLs) of existing banks acquired by AMCON.

Responding, Minister of FCT, Mal. Mohammed Musa Bello observed that problems relating to landed properties in the FCT were usually not by the Ministry but from issues arising from the title of such properties.

He however said the Ministry was amenable to assisting the Corporation in resolving issues around its properties and those of banks in-liquidation in the FCT within the ambit of the law.

Mal. Bello noted the continued long standing and cordial relationship that has been sustained over the years between the Corporation and the Ministry.