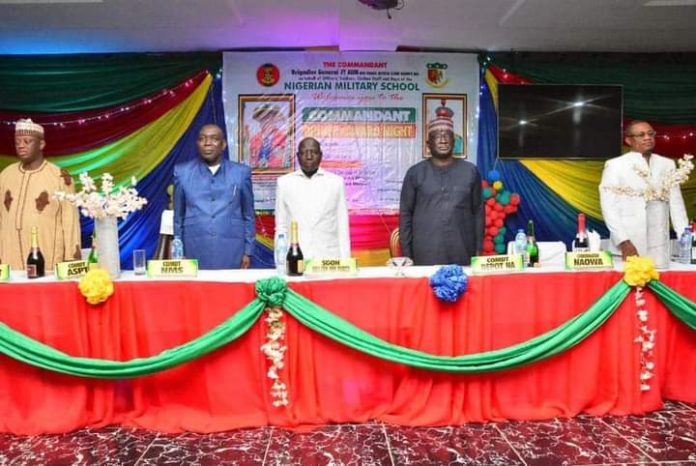 The Nigeria Military School, NMS, has hosted a Commandant Award and Dinner Night as part of activities marking its 64th Passing Out Parade.

The occassion was held on Tuesday at the Ogundeko Hall, Nigerian Military School, Zaria, Kaduna State.

During the event, the Special Guest of Honor, Major General Muktar Mohammed Bunza, charged the Passing Out Boys of the NMS to not only justify the confidence reposed in them, but to remain disciplined and committed in their academics as it would make them fly higher in their future careers.

He emphasised that for the Boys to be very successful, they must follow those who have excelled at the prestigious School, and reiterated the need for them to work hard and reciprocate the gesture in their future endeavors.

Bunza thanked the Chief of Army Staff, COAS, Lt Gen Faruk Yahaya, for his continuous support to the Nigerian Military School. He also congratulated the Commandant and all the NMS family for making the dinner night a reality. 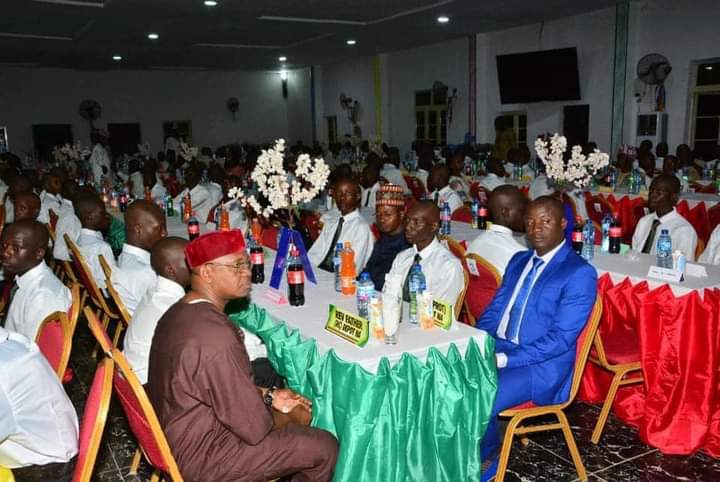 Earlier in his welcome address, the Commandant, NMS, Brig Gen Jonathan Aun, noted that NMS was a big family united in the mission of producing disciplined, patriotic and knowledgeable Boys for enlistment into the Nigerian Army.

He maintained that the school had achieved beyond the ideals of the founding fathers which was to provide a middle level manpower for the Nigerian Army at the attainment of independence.

Aun expressed his profound gratitude to the COAS for his uncommon interventions in the school with legendary projects designed to facilitate training and welfare of the Boys as it had changed the tone of the school and given it a new facelift. He further appreciated Maj. Gen. MM Bunza and other invited dignitaries for honoring his invitation.

High points of the event were the presentation of awards and prizes to Best Soldiers, the exhibition of souvenirs to guests, a cultural display by the Boys and a symbolic dinner buffet.

OPINION: Economic Challenge A Huge Burden For CBN To Bear