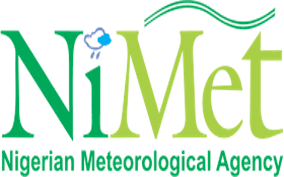 The Nigerian Meteorological Agency (NiMet) has advised Airline operators, people with respiratory issues and motorists to apply caution as they go about their daily activities following the onset of harmattan in some parts of the country.

The was contained in an advisory signed by the General Manager in charge of Public Relations of the Agency, Muntari Ibrahim on Wednesday in Abuja.

According to the advisory, “Following weather report of observed movement of dust plumes from the source region (Niger and Chad) where DUST-HAZE and HAZINESS, in relatively low visibility values are expected into the county within the next 24 hours, the Nigerian Meteorological Agency has alerted the public of the possible commencement of the dry season otherwise called the harmattan season in most parts of the north.

“In the next 24 hours, there are good prospects of DUST HAZE (in moderate horizontal visibility, 2000m – 5000m) over Maiduguri, Yobe, Katsina, Kano, Kaduna, Gombe, Bauchi and Jigawa States, while other northern states (including North-central) could report SUNNY & HAZY (visibility of 5–7km). It is expected that this weather condition will persist for the next 3 days. Worthy of note is the observed gradual increase of the Day-Time Temperature.

“The dry season is usually a period of no rainfall in the North and a period of little or no rainfall in the South. It is characterized by dust particles, harmattan cold especially at night, high day-time temperature values, fog occurrences, hazy condition and associated health related risks such as meningitis, respiratory illnesses and more.

“As the dry season begins, NiMet advises
stakeholders and indeed the general public that places where visibility is impaired by Dust Haze, motorists should drive cautiously. People with respiratory issues should apply necessary caution, especially for out-door activities.

“Airline operators are also advised to get updated weather reports from NiMet offices for effective planning of their operations, stressing that with the warmer temperatures, there are higher chances of clear air turbulence.

“Hot weather result in longer distance on the runway to generate enough lift for flight take-off. This increases the fuel consumption and requires adequate planning by operators.

“During the dry season, there could be increased chances of bird strike due to influx of migratory birds. This constitutes hazard to flight operations.

“Motorists are also advised to adhere to recommended tyre pressure by the manufacturers especially during the hot days to safeguard against tyre burst. With reduced visibilities, flight delays or cancellations, in compliance with safety regulations may not be unexpected.

“Beyond this period, between the end of rainy season and the beginning of the next rainy season is the dry season, which is what is unfolding.

“However, the Nigerian Meteorological Agency assures the public that it will keep track of the changes in weather and provide updates when necessary”.