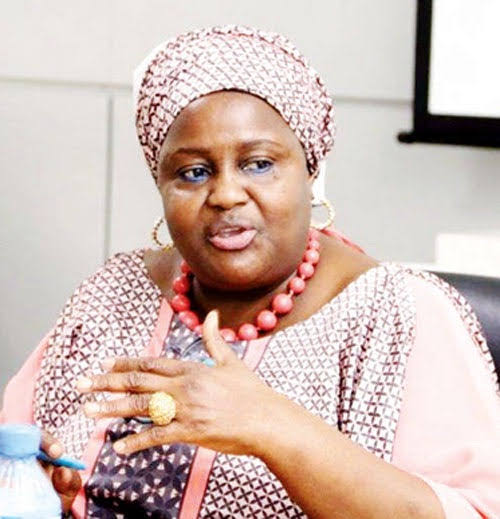 The Director General of National Pension Commission (PENCOM), Aisha Dahir-Umar, has called for the upward review of 10% Contribution Rate as a way of addressing the concerns of Police Personnel on pension, under the current Contributory Pension Scheme (CPS).

Dahir-Umar, stated this Tuesday in Abuja during a public hearing on two pension-related Bills by the House Committee on Pension.

They are a Bill for an Act to exempt the Nigeria Police Force (NPF) from the CPS and a Bill for an Act to further Amend the Pension Reform Act 2014 to, among other things, provide for a retiree to withdraw a lump sum of at least 75% from the Retirement Savings Account (RSA) and to criminalize undue delay in the payment of pension and for related matters.

She noted that the PRA 2014 provides that notwithstanding the pension contributions made by employer and employee into the employee’s RSA, the employer may agree on the payment of additional benefits to the employee upon retirement.

“Accordingly, the Federal Government may wish to provide additional benefits in the form of gratuity to personnel of the NPF upon their retirement,” she said.

She described as unsustainable the pension under the old Defined Benefits Scheme, therefore, urged retirees, especially of the Nigeria Police Force to fully embrace the current CPS.

She said that the provisions of the CPS were sufficient to address the challenges being faced by personnel of the Nigeria Police and other Federal Government Agencies on the administration of their retirement benefits.

“The solution to the pension challenges of the personnel of the Nigeria Police does not reside in their exemption from Contributory Pension Scheme and reversion to the Defined Benefits Scheme, which is clearly unsustainable,” Dahir-Umar told the Committee.

She said, the absence of other social security benefits in Nigeria is partly responsible for the clamour by the retirees for exemption or to access substantial amounts as lump sum from their RSA balance.

The Director General said, the exemption of the NPF from the CPS would result in the dismantling of the institutions, systems and processes that Government had put in place in the last few years towards the implementation of the pension reform programme.

“Exemption of the personnel of the NPF would imply additional financial burden on the Federal Government by way of unsustainable pension obligations. For instance, as at September 2021, there were 304,963 Police personnel based on IPPIS data. An actuarial valuation revealed that the retirement benefits (pension and gratuity) liability of these personnel under the defunct Defined Benefits Scheme would amount to about N1.84 trillion,” she said.

On the other hand, she said that the liability under the CPS for the same NPF personnel is made up of N213.4 billion as accrued pension rights and monthly employer pension contributions of about N2.2 billion.

Meanwhile, regarding the 75% lumpsum payment, she said the amendment, if approved, would be contrary to the provision of Section173 of the 1999 Constitution of the Federal Republic of Nigeria (as amended), which guarantees the right to pensions for all public officers as the payment of “at least 75% of the balance of the RSA” as lumpsum at retirement.

She added that this will significantly deplete the pension savings such that the contributions will not be sufficient to provide meaningful pensions during retirement.

“That converts the pensions into a provident fund and leaves such a retiree with no periodic pensions, which is contrary to the requirement of Section 173 of the 1999 Constitution,” she said.

The Director General said the proposal is based on a misunderstanding of the concept of pension payment under the CPS.

Similarly, the Chief Executive Officer of the Pension Fund Operators Association of Nigeria (PENOP), Oguche Agudah, said the exemption of the Nigeria Police Force from the CPS would take Nigeria back to the dark ages before the pension reforms.

“This was a time when retirees had to depend on a defined benefit system; where the federal government paid monthly pensions to retirees directly from its coffers,” he said.

Agudah aid at the time of the reform, it was estimated that the Federal Government had a pension liability of over NGN 2 trillion.

“Past experiences have proven that this system puts a lot of burden on the federal government, making it unsustainable. The sustainability of moving the police back to the pay – as – you – go Defined benefit scheme under their proposal is near impossible, given the Federal government’s struggling finances at the moment.,” he said.

He recommended that from the rank of Assistant Inspector General of Police (AIG) upwards, their pensions should be treated under the category of political appointees who retire with full benefits as stated in the PRA 2014 as their appointments are political in nature.

On the Bill to allow contributors take at least 75% of their RSA balance at retirement, the PENOP’s CEO said the people that have issues with the lump sum that they collect at the moment are those who have not been able to accumulate enough funds in their RSAs prior to retirement.

He said what the 75% essentially is looking to achieve is a gratuity type payment to retirees, adding that the PRA in its current form does not preclude the payment of gratuities by employers as many Department and Agencies of the Government already pay gratuity to their staff on retirement.

“What we suggest is that employers should be encouraged to pay gratuities at retirement and/or increase their level of monthly contributions in order to boost the balances and subsequent pension payout of their staff,” he said.

RSA Holders Can Use 25% Balance For Mortgage -PenCom