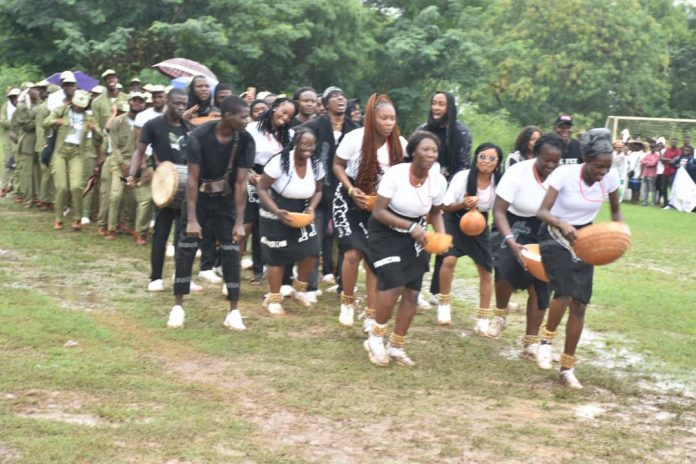 Corps Members from different states have converged in Abuja to compete in football, athletics, dance, drama, comedy and other sporting activities at the 2022 Annual NYSC Sports and Cultural Festival.

NYSC Spokesperson, Eddy Megwa disclosed this in a statement issued on Monday, September 19, 2022.

According to him, The minister of the Federal Capital Territory, Alhaji Muhammad Musa Bello while declaring the festival open at the MKO Abiola National Stadium in Abuja, commended the NYSC Management for organizing the festival.

Alhaji Bello also lauded the state contingents for their efforts while at the preliminary stage of the event which qualified them for the finals.

He said the NYSC had remained focused on its mandate of mobilizing and training youths for leadership roles as well as promotion of patriotic values.

He added that sports remained a patent force for the promotion of national unity, while his administration would continue to accord the necessary priority to the sector, urging NYSC not to relent in its efforts.

The Minister, who was represented at the ceremony by the Mandate Secretary, Social Development Secretariat, Hajia Hadiza Mohammed Kabir said the cultural segment of the festival would also showcase the strength in the country’s diversities.

“I appeal to stakeholders in the public and private sector to continue to support the NYSC so as to enhance the gains of this annual event”, the Minister said.

He promised the continued support of the FCT Administration to the Scheme through welfare, security of Corps Members including the upgrading of facilities at the NYSC FCT Orientation Camp for the smooth running of its operations.

NYSC Director General, Brigadier General Muhammad Kaku Fadah said since the introduction of the festival, the focus has been on complementing Federal Government’s efforts in the development of the sports sector.

He disclosed that the cultural segment was aimed at developing the zeal of youths to promote and preserve Nigeria’s rich cultural heritage.

“We are focusing on grooming the Corps Members to pursue gainful careers in the sports and entertainment industry.

“Similarly, the NYSC National Football Club has been a platform for development of talents of Corps Members in soccer, while at the same time serves as additional avenue for the promotion of national unity and integration”, the DG said.

He appealed to football and other sports federations, club owners as well as stakeholders in the entertainment industry to help in further harnessing the talents of Corps Members by giving them opportunities for gainful careers in their fields of endeavour. 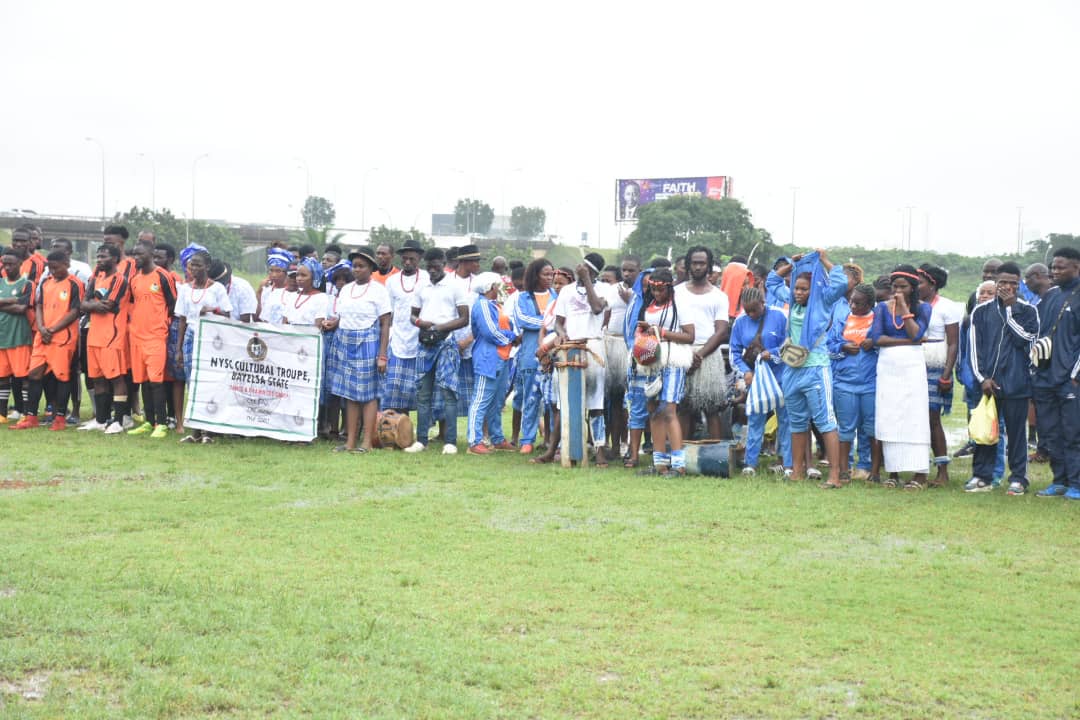 The DG also called on individuals and organisations to patronize the NYSC National Cultural Troupe, whose members were always at their best during performances.

General Fadah advised the Corps Members that the various competitions at the festival should be considered as a friendly contest by members of the same family.

‘l enjoin you to imbibe the spirit of sportsmanship and be strictly guided by the rules. You are expected to exhibit maturity and high sense of discipline as well as respect all umpires and other officials for the overall success of the competitions”, DG said.

The Director, Community Development Service and Special Projects, Alhaji Abdulrasaq Salawu in his address said the NYSC Sports and Cultural Festival dates back to over forty years where Corps Members were given rooms to showcase their talents in the sports segment which include football, volleyball and athletics.

He added that the festival had remained an ensuring vehicle through which Corps’ talents and potentials are explored to promote national unity and enhancement of Nigeria’s rich cultural heritage.

The Chairman, NYSC National Governing Board, Ambassador Fatima Balla Abubakar who was represented by Hajia Binta Muazu in her goodwill message said the introduction of NYSC Sports and Cultural Festival has produced talents from within the Corps Members making them national and international champions and providing them opportunities to become actors, producers and celebrities.

“The NYSC National Governing Board shall continue to support the Management in introducing programmes and activities that would further strengthen the gains of this initiative”, she said.

Kano Police Arrest Man With N25m Worth Of Tramadol