The Chairman National Youth Service Corps (NYSC) Governing Board, Amb. Fatima Balla Abubakar has implored the Nigerian Army to enhance security surveillance at all the NYSC Orientation camps and Corps Lodges in the country.

Director, Press and Public Relations of the NYSC, Eddy Megwa disclosed this in a statement issued on Wednesday, July 27, 2022.

According to the statement, Amb. Abubakar made the request when the NYSC National Governing Board paid a courtesy visit to the Chief of Army Staff, Lt. Gen. Farouk Yahaya in his office in Abuja.

It said the NYSC Governing Board Chairman extolled the Chief of Army Staff and the entire Nigerian Army on their collaboration and unflinching support to the operations of the Scheme. 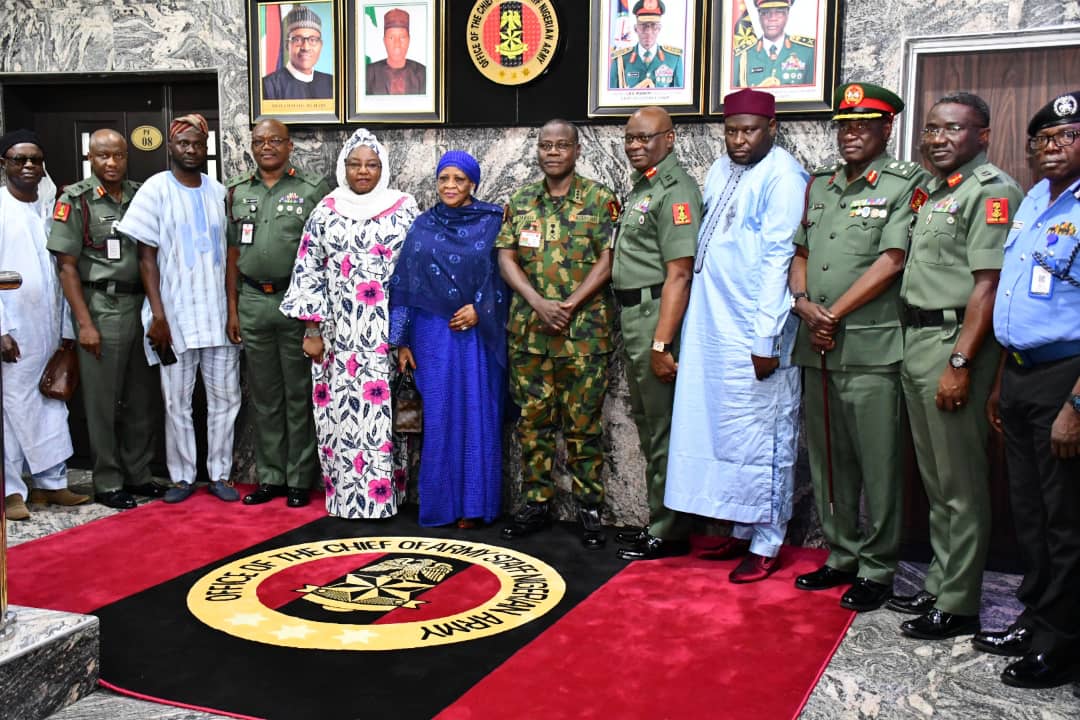 She praised the Army for its contributions to the Scheme which played a major role in NYSC being a great organization that it is today.

Consequently, she requested for enhanced security surveillance at all the NYSC Orientation camps and Corps Lodges nationwide.

The Chairman also lauded the excellent contributions of all the Officers that have represented the Army on the NYSC Board, including the present Officer, Brigadier General Bayode Adetoro who has continued to play critical role in advancing the course of the Scheme. 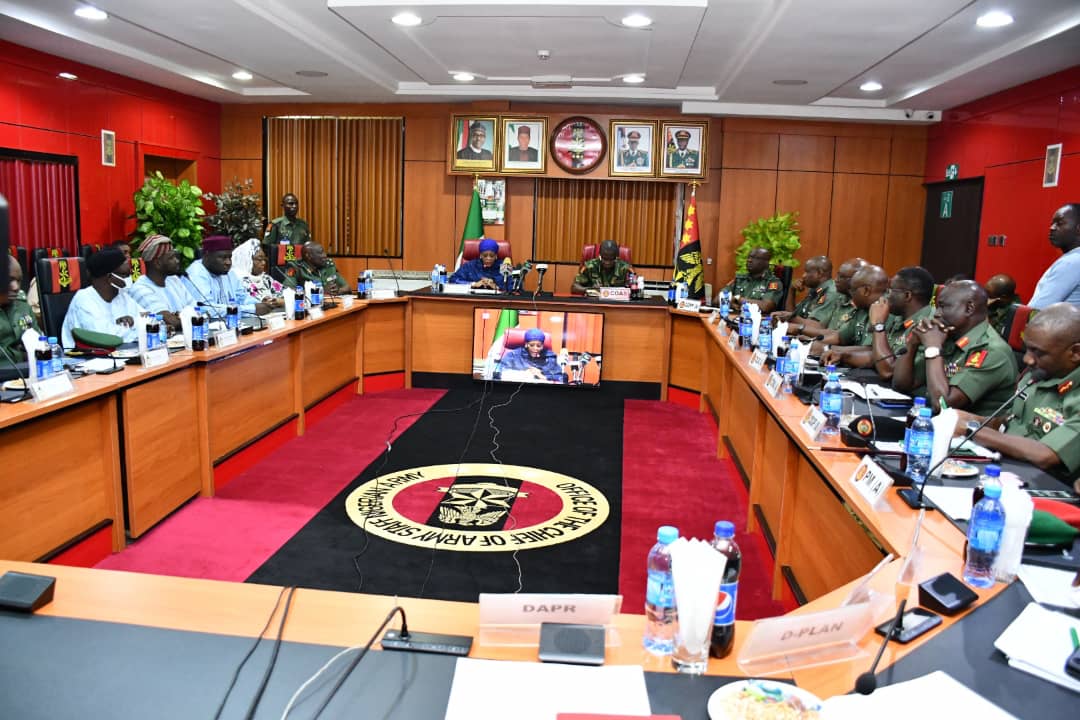 In response, the Chief of Army Staff, Lt. Gen. Farouk Yahaya, thanked the Chairman and the Board members for the visit which he described as memorable. He praised the Board for its operational excellence which reflects on the attitude and commitment of the Corps Members to national integration, development and programmes.

The Army Chief stressed that the nation needs the commitment of the Corps Members now more than ever before for greater national cohesion and nation building. He promised that the Army would not relent in its responsibilities to provide security to all the NYSC formations nationwide.