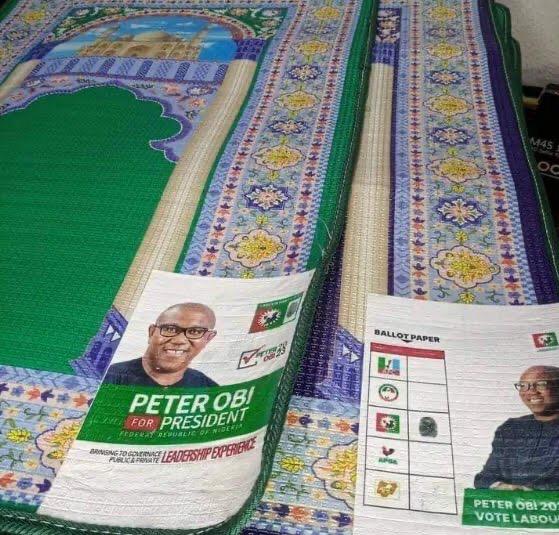 The presidential candidate of the Labour Party (LP), Peter Obi, has dissociated himself from viral photo of him on Muslim prayer mat saying, it did not emanate from his campaign team.

The former Anambra governor made the disclaimer on Friday via Twitter handle @PeterObi.

TheFact Daily gathered that the said prayer mats were made by support groups to be shared as campaign souvenirs to potential Muslim voters.

However the gesture drew condemnation from many especially Muslims whose faith frowns at using photographs on gadgets of worship.

Reacting to the uproar, the presidential candidate in his tweets said he will never mock any religion.

“The inclusion of my picture on the praying mat by a support group was misguided, even with the best of intentions.

“It didn’t emanate from my campaign team. I have deep respect for the Muslim faith and indeed, for every other religion.

“We will never mock any faith, ethnicity or gender. We are one Nigeria,” he tweeted .

NNPC reveals cause of inferno at Retail Affiliate Station