In an address at the flag-off ceremony, the project consultant, Chief Emeka Okonkwo stated that the idea behind the street planning and naming is aimed at making Awka a smart city.

He revealed that the State is in talks with Google to map and recognize the capital city. The local government chairman in his speech stated that smart city means smart transportation system, better security and placing the city on the global gps map for easier accessibility.

The Corporate Communications Manager, Oilserv, Emaka Opah in a statement said, the highlight of the ceremony was the presentation of street signages to the deserving persons that streets were named after. 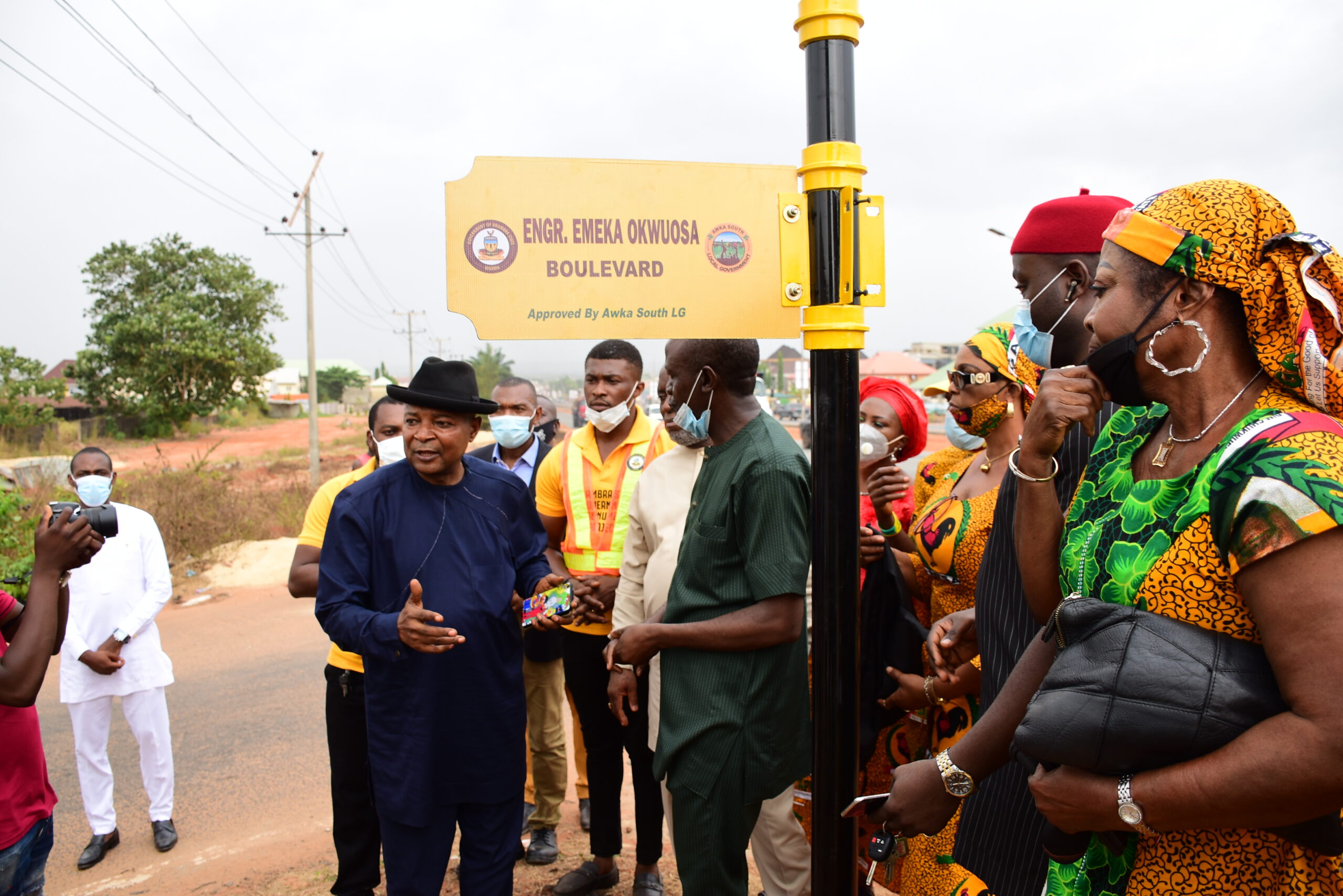 Once again, Engr. Emeka Okwuosa, the chairman of Oilserv Group, stood out like a colossus. A strategic road near the government House Awka, just by the Enugu Onitsha expressway leading to Awka GRA was named in honor of Engr. Okwuosa. It is now called Engr. Emeka Okwuosa Boulevard.

This is coming on the heels of recent awards and recognitions bestowed on this unassuming billionaire for his philanthropic activities. Just back in February, a road he constructed and donated to the Anglican Communion at the All Saints Cathedral compound in Onitsha was named after him.

This was followed on a few weeks after with the Diocesan Merit Award from the Bishop of Nnewi diocese at the 25th Jubilee celebration of the diocese.

Engr. Okwuosa was unavoidably absent at the event but was represented by Sir Oseloka Offor.

The APGA chairman who chaired the Awka event showered praises on all honored friends of Anambra state.

He called for support for governor Obiano towards his modernization of the state through this smart city initiative and other good works he has been doing. 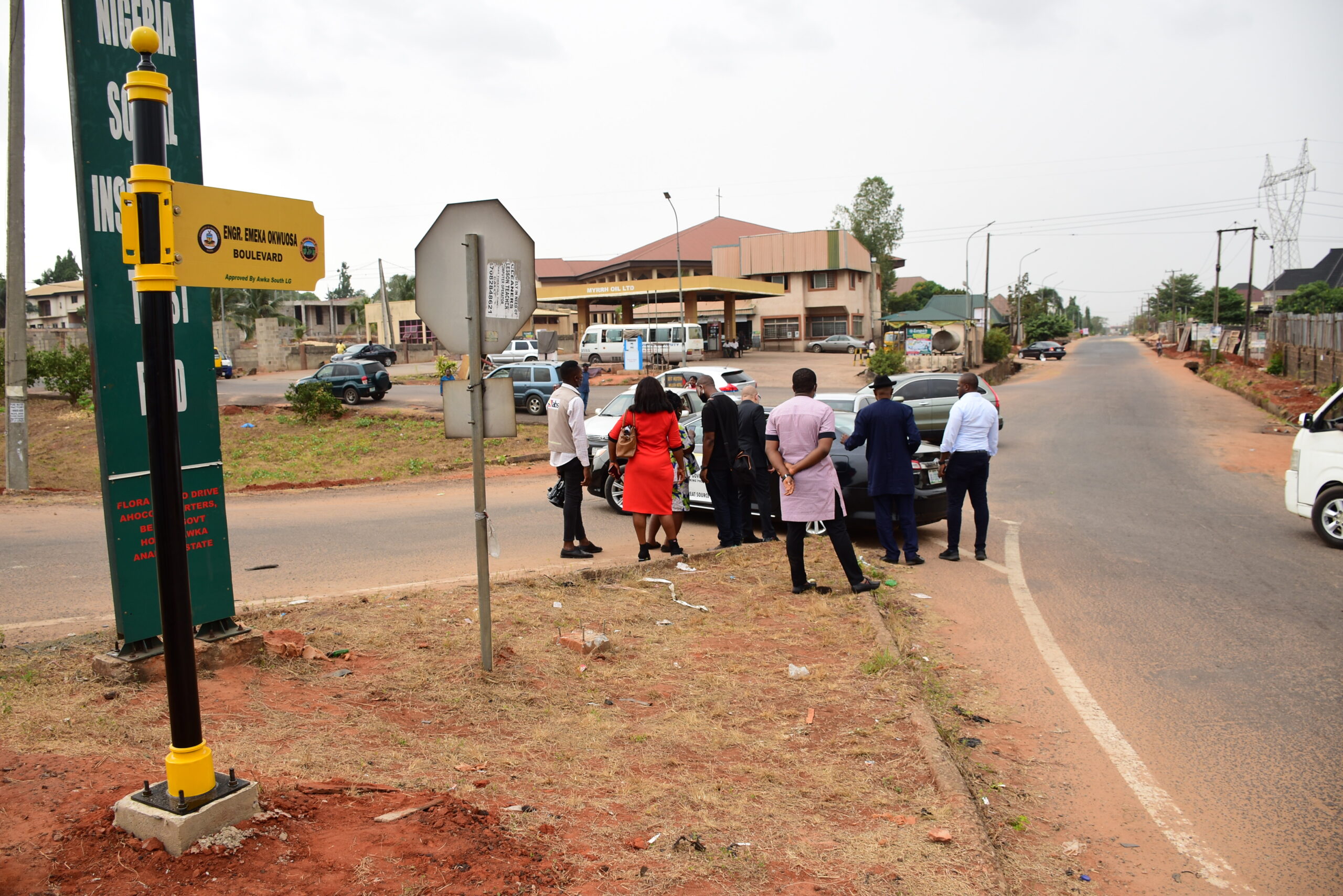