TheFact Daily
Home Communications OPINION: As We Continue The Wait For 5G Services 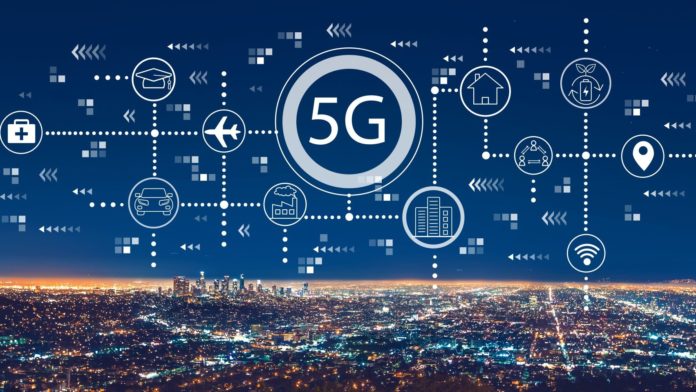 On September 18, 2022 when MTN carried out what looked like a roll out of its 5G commercial services in Nigeria, it’s Chief Executive, Karl Toriola was full of excitement and boasted in a speech before all present that:

“5G will change everything. It will allow us to connect, create, collaborate, and compete in ways we cannot imagine yet. Today we will show you a glimpse of the many possibilities 5G has in store. What is most important is what you and every Nigerian can create with it.”

Toriola is certainly one of the choristers in this 5G orchestra performing a hit song even though he can only sing the verses allocated to him according to the song writers and choir masters.

At the well choreographed event, one of the promoters of the 5G and Executive Vice Chairman of the Nigerian Communications Commission (NCC), Prof. Umar Danbatta, noted, “Today, we are celebrating the outcome of the successful auction of the 5G spectrum, we are celebrating the commercial launch of 5G services in the country. This puts the country in the global 5G space and from today many of you will experience the super speed associated with 5G.”

5G project in Nigeria has been laced with so many speeches so much that it has become a very big orchestra with many song writers as we await the services.

As we write today, it’s not clear where the services are being received especially when as it appears, only MTN is trying to run a race two licensees began.

In December 2021, MTN and a little known portfolio company or a Special Purpose Vehicle (SPV) Mafab Communications Limited won the two available lots then.
The auction was done with so much fun fare that made Minister Isa Pantami to giggle with thumbs up as if Nigeria had won major awards like the Nobel, the Oscar and Booker prizes including a Grammy for this “ feat”.

While MTN paid its $273.6m license fees in a record time, Mafab wobbled until NCC announced that Mafab had paid its fees.
And as MTN announced a test run and pre-launch of commercial services, Mafab said, the regulator had granted them another five months to get ready. And we now realized that 5G is not for rookies. Too many speeches have dogged this 5G in Nigeria. In another few weeks from today, the NCC will carry out another licensing for two more lots at a reserved price of $273.6m per lot.

With MTN said to be at pre -commercial launch stage and Mafab Communications yet to initiate any of the stages,industry players are
worried that the NCC should have tarried a little while to see the full implementation of the two licenses before beginning a new licensing round as everything appears very slow by the operators than the consumers were made to expect.And this on its own is a major drawback.

Danbatta told the Senate Committee on Finance on September 19,2022 that the Federal Government will generate over N500bn in 2023 fiscal year through the 5G spectrum.

While addressing the committee during the interactive meeting on the 2023-2025 Medium Term Expenditure Framework and Fiscal Strategy Papers (MTEF-FSP) he said the projected revenue would be realised from the auctioning of two 5G spectrums and the bidding process for auctioning of the spectrums.

But it’s not clear whether the intention of the NCC is guided by the race to generate revenue for the government or provide licenses as parting gift for some vested interests or to enable 5G services in the interest of subscribers in the country who want to have a very good taste of broadband internet for which the National Broadband Plan targets 70%by 2025.?

So many questions are begging for answers especially when two of the already licensed for 5G services are yet to grapple with service provisions.

What is visible is that Nigerians May wait longer than necessary for the much hyped 5G services.

No fewer than 13 countries are in various stages of 5G service implementation in Africa.
As at May this year 5G services had begun in Ethiopia,Botswana, Egypt, Gabon, Kenya, Lesotho, Madagascar, Mauritius, joined by Nigeria, Senegal, Seychelles, South Africa, Uganda, and Zimbabwe.

A third of the global population is expected to be convered by 2025.
In terms of 5G innovations, and spread,countries like the US, China, South Korea, Japan, Netherlands and the Philippines have some of the biggest rollouts.

And in terms of the number of cities with 5G services, China leads the pack with 356 cities while the US follows closely behind with 296 cities.