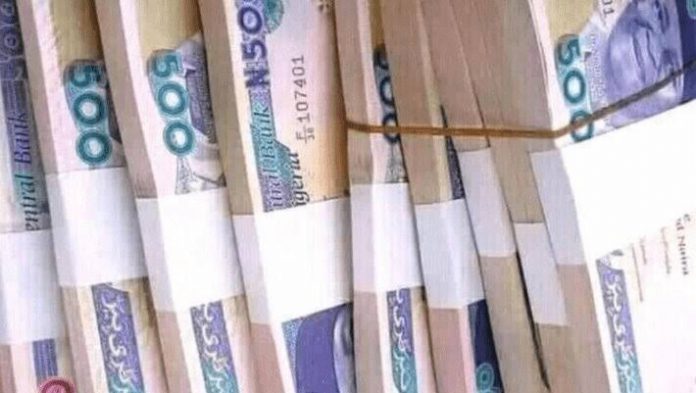 The ‘special press briefing’ by the Central Bank Governor, Godwin Emefiele to redesign the Naira banknotes took many by surprise. But for any discerning mind, the decision was imminent and timely despite the public uproars that have started to greet the action.

Few days ago, I wrote urging Nigerians why: ‘We Must Rescue the Naira’. I listed some reasons why the Naira is beleaguered, and urged Nigerians, the government, and the monetary authorities to align efforts if the Naira must survive.

Aside exogenic factors like the COVID-19 pandemic and the lunatic exploit of the Russian strongman on Ukraine, Vladmir Putin, that impacted the world economies, Nigeria’s unimpressive management of the economy accounted to a large extent for the economic woes.

Successive administrations did nothing but mouthed diversification of the economy for the optics, nor did they exploit numerous agricultural endowments of the country for the betterment of the citizenry.

Unemployment rate has galloped to 32.5 percent. Her energetic youth population are neglected and unengaged, making them a willing tool for despicable activities haunting the nation today. Banditry is suffocating the economy.

Investors are taking flight. Crude oil theft reigns unchecked. Given as an economy that is adjudged to be the largest in Africa, Nigeria is battling with infrastructure decay, fuel scarcity, lack of electricity to power her industries, among other challenges.

The Central Bank of Nigeria, no doubt, has employed various measures including unorthodox monetary policy to ensure the economy remains strong and sustainable. However, such complementary effort was absent in the fiscal space. Many of these, and more, were what suffocated the Naira.

When the Central Bank of Nigeria’s Monetary Policy Committee members hiked the monetary rates in response to spiking inflation (Monetary Police Rate (MPR) by 150 basis points, from 14 to 15 percent, the baseline interest rate in any economy upon which rests other interest rates) the elite criticized the action forgetting the mandate of the Bank to promote and maintain monetary stability, sound financial environment as well as act as a banker of last resort.

Emefiele also promised to operate a bank that would be apolitical, professional and people centered. Thus, situating the latest action by the Bank against its mandate as enshrined in CBN Act 2007, was commendable. The Governor rationalized reasons for the action. He said, ‘lately currency management had become challenging, thus undermining the integrity of the Bank and the country’.

Continuing, he said ‘significant hoarding of banknotes by members of the public, (particularly politicians as the general elections beckon – my addition) is over 80 percent of the currency in circulation, and outside banks vaults; worsening shortage of clean and fit banknotes with attendant negative perception of the CBN and increased risk to financial system. Thus, increases ease and risk of counterfeiting, evidenced by several security reports, particularly of N500 and N1000 banknotes’, a manipulative result of advancement in photographic technology.

Global practice for any central bank he added, is to redesign, produce and circulate new local legal tender every 5-8 years. Nigeria did that 20 years ago.

Expectedly, divergent opinions have greeted the decision. But whether the CBN acted within the law or not cannot be faulted. The Bank provided a-three-month notice prescribed by the law. Whether it was auspicious to redesign at this time, the reasons adduced justifies it.

However, the action was seen as a master stroke by Emefiele to checkmate lavish electoral spending by politicians, ambushing them as the elections are by the corner. A jugular attack. Some see the move as a vendetta against the political class that rose against him when he nursed a political ambition. Some see it as an asphyxiation of the political process. But, if that is the price to be paid for sanitizing the currency management space, and by extension, an effective monetary policy regime, it is worth the effort.

The decision would enable the CBN account for monies in the banking sector and in circulation, temporarily halt or eventually eradicate ransom payments to bandits/terrorists, checkmate speculators and rentiers in their tracks. Those who have stashed monies in septic tanks, overhead water tanks or undergrounds in their various houses preparatory to elections would be forced to bring them out into the banking halls to be accounted for.

However, the most positive side of the redesignation is to make Nigerians embrace electronic channels of transaction, more so with the introduction of the electronic version of the Naira, eNaira, launched by the CBN last year. Electronic channels of transaction are cheap and seamless. No wonder, the Bank embarked on aggressive sensitization of Nigerians to embrace electronic Naira lately, aimed at getting the unbanked segment of the society into the bank net, and ultimately achieve the objectives of cash-less policy and financial inclusion. It will also help the Bank reduce the cost of replacing unfit banknotes.

Another positive side is that the Bank with security agencies will now be able to effectively monitor illegal financial transactions, particularly ransom payments that are not captured within the banking sector and curb financial crimes among other financial vices.

It will also to a large extent curb vote buying already being perfected by politicians for the forthcoming general elections.

The fact that President Muhammadu Buhari gave his approval to redesign the banknotes attests to his pledge to bequeath a strong economy and credible election to Nigerians before he quits office. It is also an effort at giving the Naira a fresh breath.

The decision also gave credence to the clamour for strategic alignment between the fiscal and monetary authorities for the health of the economy.

The days ahead will be flooded with divergent views, and if the global community is seeing us to be doing things the right way, the CBN deserves our support for the Naira to once again be our pride.