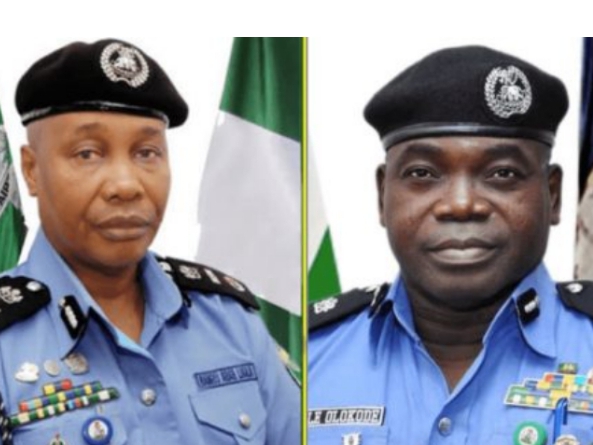 The Nigeria Police Force has said that the removal of the Osun State Commissioner of Police (CP), Olawale Olokode was to ensure professionalism and transparency in the forth coming July 16 guber polls in the State.

This was disclosed Tuesday, 5 July, 2022, by the Force spokesperson, CSP Olumuyiwa Adejobi, in a series of tweets where he clarified “misinformation” of an ulterior move speculated by members of the public.

TheFact Daily reports that the statement from the Force Headquarters had been necessitated by public speculation that the State’s CP may have been transferred after several petitions against him, alleging his inability to coordinate his officers.

It would be recalled that the Inspector General of Police, IGP Usman Alkali Baba, had, on Sunday, 3 July, transferred Olokode for unspecified reasons, which raised eyebrows following the upcoming governorship election.

But the Force Spokesperson, clarified such a move saying: “CP, Osun was never fired or redeployed by IGP. CP Olawale Olokode was just temporarily moved to the Force Headquarters pending the conclusion of the guber election when he would return to the State. This is contrary to the misinformation making the rounds”.

Adejobi affirmed that it is the desire of the Force “to be as transparent, professional and proactive as possible in all our engagements and operations in the Osun gubernatorial election. Hence, the deployment of senior officers from the FHQ to oversee the election security in the State”.

The Force PRO further disclosed that the Police Chief has ordered the necessary deployment of human and material assets to fortify the State for the exercise.

Other petitions also accused Olokode of superintending cases of police brutality in the state.

On May 31, Olokode was fingered for the shooting of The Nation Newspapers correspondent, Toba Adedeji, in the course of covering a peaceful protest against police brutality in the state.

The Chairman, Osun state chapter of  Nigeria Union of Journalists (NUJ), Wasiu Ajadosu, while reacting to the situation, demanded the immediate redeployment of the CP for his failure to ensure the security of lives and property of the citizenry in the State, especially pressmen.

We Have Deployed Moderna Vaccines To 29 States -NPHCDA Boss