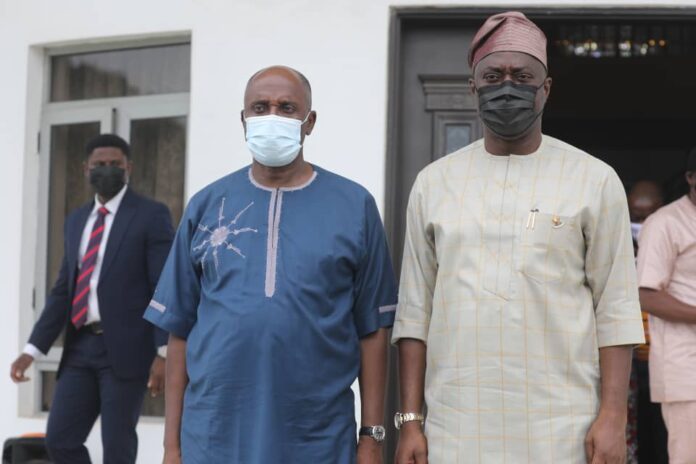 The Minister of Transportation,  Rotimi Amaechi has asked the Oyo State government to put infrastructures in place for the Inland Dry Port in Ibadan and access roads to service the dry port and the train station in Moniya relinquish the project to another state on the route.

The minister stated this on Friday in a meeting with the Oyo State Governor, Seyi Makinde at the government house, Ibadan on the sidelines of his visit to the Inland dry port site.

Amaechi outlined the issues hampering the construction and explained that if the issues are not fixed now for construction to commence, the pressure on Ibadan will be too much to handle when movement of cargoes from Apapa to Ibadan begins.

He said, “We are here to inspect the inland dry port and to make sure that Ibadan is ready before the commissioning of the Lagos-Ibadan rail line. There are issues of border, we had acquired the land, gotten CofO when the former Governor was here, now they are denying us entry into the land. We had 90 acres of land, now we have access to only 40.

In building the Inland Dry Port, “part of the regulation is, when the government acquires land and gives to the federal government, the state government will provide infrastructure. If we convert that infrastructure to equity, then Kaduna will be the first to ask us for equity, because they were the first to provide those infrastructures in Kaduna Dry Port. So many State governments have given us land to build inland dry port and Oyo State will not be an exception. And we don’t expect that Oyo State will ask us to convert those constructions into equity.

“If you don’t want to crash Ibadan town, you need to build a road to link Moniya to the old Ibadan/Oyo road. The reason is, the moment we start trucking cargoes from Lagos to Moniya, even if the dry port was not there, you’ll have pressure in your city if there is no road to get them to exit from there.

“So if you don’t want pressure in your city and on your infrastructure, because what we have today in Lagos, Apapa gridlock and others will transfer to this place; there will be gridlock here. If you don’t want the gridlock, we need to start preparing now, because in June the President will commission Lagos Ibadan rail line. And when he commissions it, it’s our intention to begin to move cargoes on that track, and those cargoes that are going to Kano, Port Harcourt and other states may end up in Ibadan.

“There are benefits, economic activities will pickup in Ibadan just like in Lagos. So it is good we construct that link road between Moniya or the Inland dry port to Ibadan/Oyo road, there’s a train bridge at the entrance and exit of the Inland dry port with a length of  32 metres, width of 18 metres, the connection of 33kva power supply, the reconstruction of Oyo/Ibadan to Moniya/Iseyin link road and a 15% equity participation by the Oyo state government. 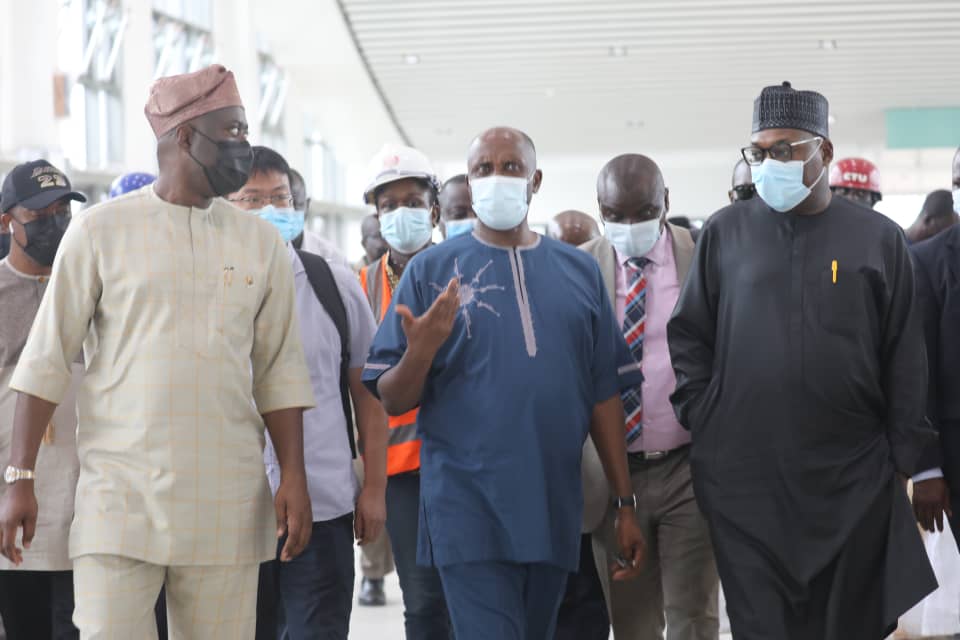 The minister said if Oyo State government is not ready, the project will be transferred to another state on the Lagos-Ibadan rail route.

“The Governor of Ogun State has put so much pressure on me, including asking me to build one or give them approval for one in Abeokuta, and I said no, because if I give you approval for one, if it doesn’t kill the one in Ibadan, it will limit the ability of that one to function.

“They (Nigeria Shippers Council and the contractors) have suggested a way out. They want the borderline layout, the infrastructure, and the money for your equity participation. As soon as we get this, we go to cabinet, and as soon as we get cabinet approval, then construction will start. So if the Oyo state government is not interested, let’s know now, so we don’t have to go to cabinet, we’ll start fresh negotiations with another state on the line between Lagos and Ibadan.

“The one of Kaduna, they did not contribute and did not ask for equity, so they don’t have equity, but here if you want 15% equity participation, then you must contribute and it means that you want to share in the profit and the running of the business, so it depends on what you want,” Amaechi said.

Responding, the Governor, Seyi Makinde, expressed the State’s interest to participate in the project and begged the Minister not to move the project to Ogun State.

He said, “most of the challenges mentioned, there’s non that cannot be resolved. We have completely reconstructed the Moniya to Iseyin road. We want the dry port to be able and ready to handle the headache from Apapa. You have my commitment and that of the state government to participate in this. Please don’t negotiate with Ogun. We want you to partner with us on this and we’ll do everything to make sure the issues are resolved quickly.”

Dantata: Court Adjourns Due to Absence of Fourth defendant

NCS Not Insensitive To Plight Of Abducted Staff’s Family – PRO