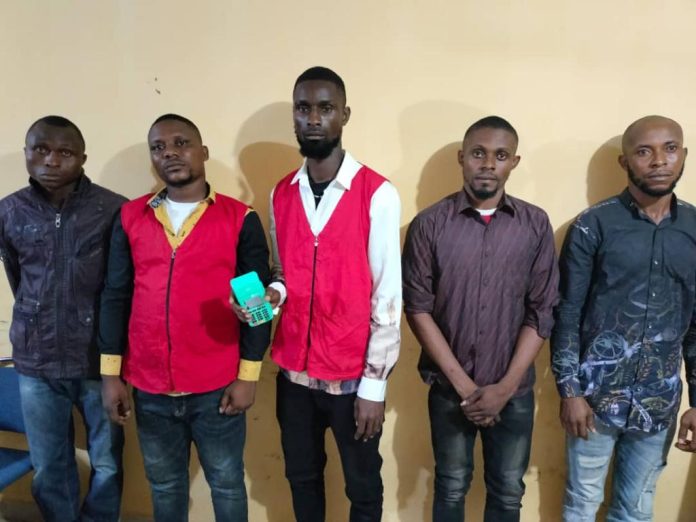 Operatives of the Delta State Police Command have arrested five suspected hoodlums responsible for break-ins, kidnapping and extortion of victims under the guise of being operatives of the Economic and Financial Crimes Commission (EFCC).

The State Police Command’s spokesman, DSP Bright Edafe, disclosed this in a statement on Friday, 25 November.

TheFact Daily learns that the arrest of the suspects followed series of complaints received from members of the public, alleging break-ins at night, forceful arrests and extortion of huge amounts of money, by EFCC operatives, a trend that partly gave rise to the “END EFCC” protests in Ughelli, that saw the destruction of property and burning of over 13 trucks.

According to Edafe, the Command, on Wednesday, 16 November, received a complaint from a victim whose house was stormed at night by the syndicate. They gained entrance into the compound by scaling the fence, broke into his apartment, forcefully abducted and took him away in a white Toyota Hiace bus.

The victim further stated that on getting to head bridge (i.e the boundary between Delta and Anambra State), they forcefully collected his phones from him, other valuables worth N3.7m and a made cash transfer of N2.5m, and told him that they will come for him again.

The Command’s PRO said further that five other victims also reported to the Command and made statements of how they were collectively robbed of about 15,000,000 naira.

“It became clear that it is the activities of hoodlums pretending to be EFCC Operatives”, he said.

The Commissioner of Police in the State, CP Ari Muhammed Ali, consequently directed the Command Decoy Squad to investigate and ensure that the Impostors are arrested and brought to book. 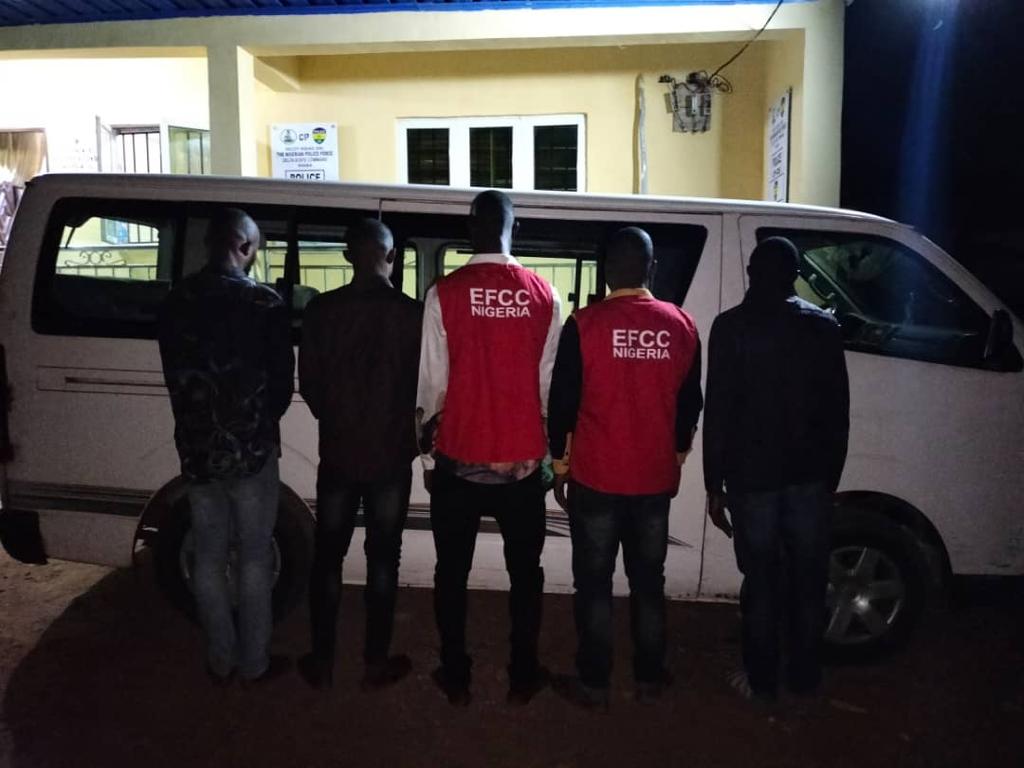 The Commander of the Squad, ASP Julius Robinson, acting on credible information on Wednesday, 23 November 2022, led operatives on a sting operation, who trailed the suspects to their hideout in a Hotel located in Asaba where they hibernate to plan their operations.

The suspects admitted to have robbed different victims from various parts of the State, and added that they sometimes lodged their victims in a hotel for several days until they succeed in extorting huge sums of money from them, or force them to transfer money into their mobile POS.

Six of their victims have identified them as the syndicate who broke into their houses under the guise of being EFCC Operatives.