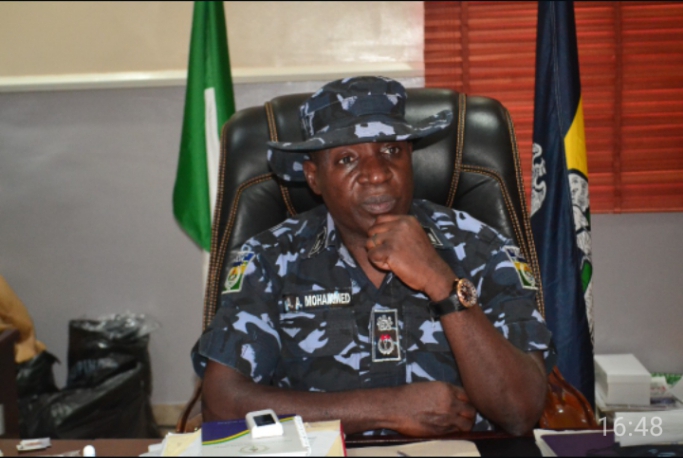 Operatives of the Nigeria Police Force, NPF, Delta State Command, in continuation of the campaign against crime and criminality in the State, have arrested several criminal suspects, from whom arms and illicit drugs have been recovered.

The series of arrests of the criminal elements was made known today by the Acting Public Relations Officer (PRO) of the Command, DSP Edafe Bright.

Thefact Nigeria notes that the campaign is in line with the State’s Police Chief’s determination not to relent in its tireless effort and fight against crime and criminality, as well as to ensure that criminally minded individuals will not see the State as a safe haven.

According to DSP Bright, a police patrol team 018, on 5 August, while on a stop-and-search duty at Aladja road by Igbeki junction, intercepted three boys riding on a motorcycle with registration number GE 225 UT. The boys, on sighting the police, jumped off from the motorcycle and tried to escape. However, one of the suspects, 30-year-old Henry Godwin, of Ujevwu village in Udu LGA was arrested. Upon searching the suspect, one locally-made gun and two live cartridges were recovered from him. A manhunt for the fleeing suspects is ongoing.

Similarly, on the same day, Dragon Patrol Team 05, while on stop and search along Agbor/Urhonigbe road intercepted one blue coloured tricycle with registration number AFZ 716 YN, with two occupants. On sighting the police, one of the occupants immediately jumped and escaped into a nearby bush while one Sunday Nwite of Umuezei quarters, Asaba, was arrested. On interrogation, the suspect confessed to have stolen the tricycle from where it was parked somewhere in Sapele, and was on his way to Asaba to sell the tricycle. A manhunt for the fleeing suspect is currently ongoing.

Furthermore, Safer Highway Patrol Team 018, stationed along Agbor Alifikede boundary between Delta and Edo States, while conducting stop and search, intercepted and arrested one Samuel Ikpi who resides at Odigbo new town, Ondo State, along with one Eunice Samuel, who claimed to be the wife of the first suspect. Upon search, one locally fabricated revolver pistol and a locally made short gun with two cartridges were recovered from them.

Other items recovered include five android phones, power banks, twenty-five sim cards of different networks, and 1 HP Labtop. Preliminary investigation revealed that the suspect is a member of Aro-barger confraternity.

In the same vein, the same Safer Highway Patrol Team, while conducting stop and search around Agbor, arrested one Odili Innocent of Idogbo area, Benin. On searching the suspect, one locally made pistol and three live cartridges were recovered from him. Investigation is ongoing.

Also, a surveillance team attached to Crack Squad, Asaba, raided a suspected drug dealers’ hideout in Ozoro community. During the raid, two female suspects, Elo Edinburh and Joy Edinburh were arrested. Exhibits recovered from them include 700 wraps of substance suspected to be Indian Hemp, 29 wraps of loud, one packet of loud, 33 ties of cocaine ice, 6pcs of moly hard drugs, 2 sachets of Tramadol, 13 capsules of Swinol, 14 packets of Rizlers.

The Commissioner of Police Delta state command, CP Ari Muhammed Ali, has urged members of the public to continue to partner with the police by giving timely and useful information that will help in tackling crime and criminality in the State, while advising Deltans to be law abiding.

Yerins, Others Evicted From BBNaija House