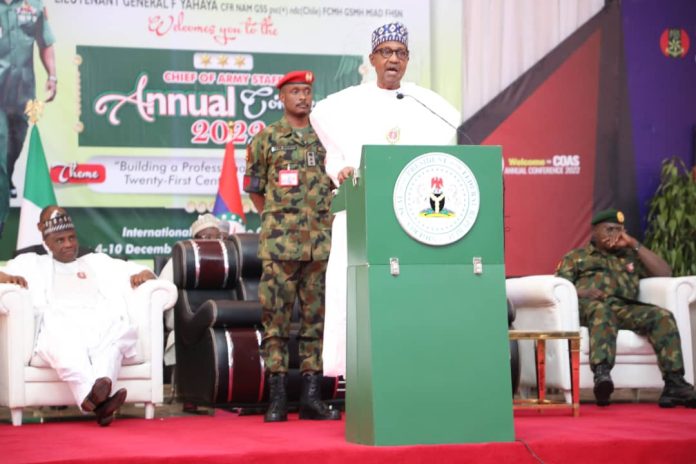 The President, while making the remark yesterday, during the opening ceremony of the Chief of Army Staff (COAS) Annual Conference 2022, held at the International Conference Centre, Kasarawa, Sokoto State, noted that the move would also help to effectively address contemporary security challenges bedeviling the nation.

President Buhari further noted that deliberate efforts had been emplaced to fast track the take off of NA Aviation through the acquisition of requisite platforms, as proposed in the 2023 budget, and reiterated his confidence in the Army and other services to defend Nigeria through the implementation of presidential directives.

President Buhari asserted that the Army, as an element of national power, would continue to be the catalyst of national development through provision of support to civil authority. He further affirmed that the Federal Government will sustain robust policies towards modernization of the Army and the Armed Forces of Nigeria in general. 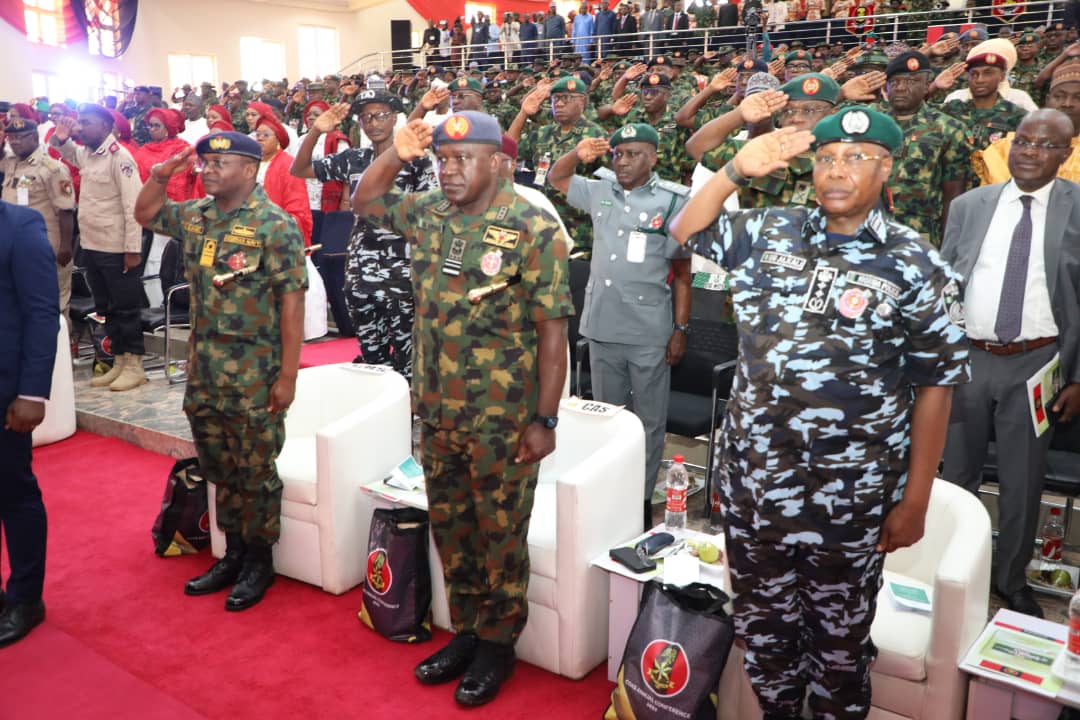 The President averred that the ongoing process of modernization of the Armed Forces had tremendously improved its capacity and combat efficiency to discharge its constitutional roles, and commended the Service Chiefs and heads of other security agencies for improved synergy in accomplishing his directives.

While adding that the renewed vigour in operations and improved Civil Military co-operation would enable the nation achieve the desired national security objectives, President Buhari urged the NA to consolidate on its achievements through the sustenance of offensive against terrorists, bandits and other criminal elements threatening the corporate existence of Nigeria.

The President assured that his administration would continue to cater for the families of deceased personnel who paid the supreme price in defence of Nigeria, through provision of welfare schemes and educational scholarship programmes.

Earlier in his goodwill message, the Executive Governor of Sokoto State, Rt. Hon. Aminu Tambuwal extolled the tireless efforts of the Army and other security agencies towards ensuring peace and security in Sokoto state, and commended their resolve and collective contribution to the improved security in North West Nigeria and other regions. 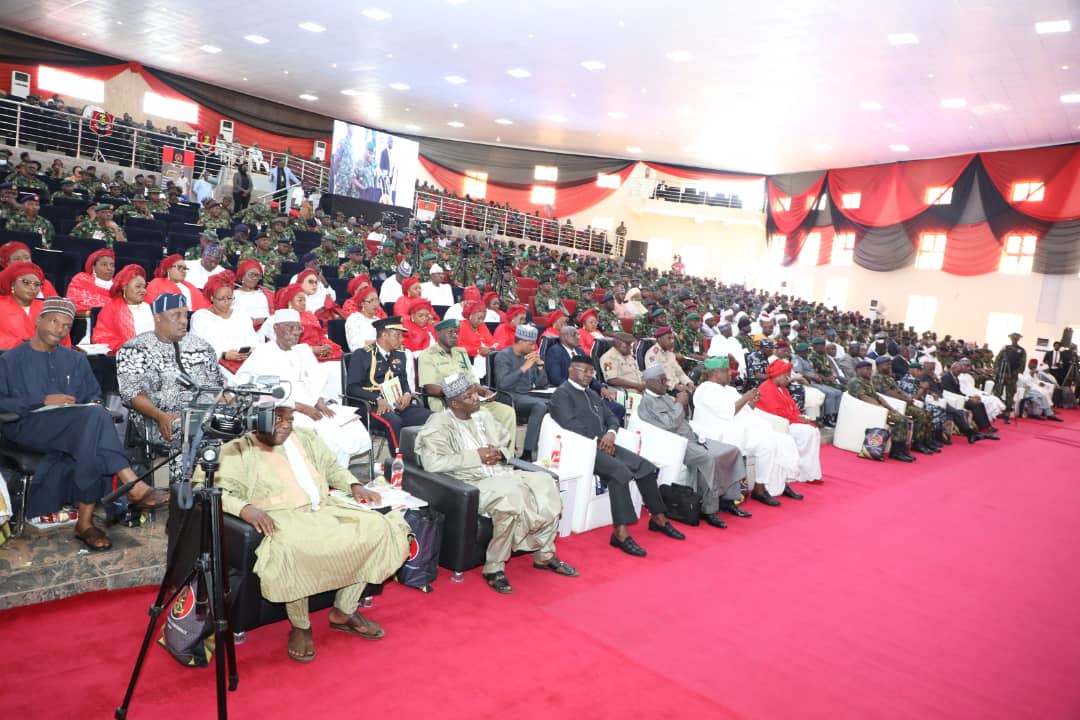 In his remarks during the Conference, the Minister of Defence, Major General Bashir Magashi(rtd) stated that the NA had contributed immensely towards combating insecurity in the country, and urged commanders to take advantage of the conference to profer practicable solutions to the security challenges confronting the country.

Delivering his welcome address, the Chief of Army Staff (COAS), Lt. Gen. Faruk Yahaya, pointed out that the capability of the Nigerian Army and the Armed Forces in general, had been boosted by the tremendous support from Mr. President.

Yahaya also noted that the year 2022 had been eventful for the Nigerian Army, particularly in all theatres of operations, where successes had been progressively recorded.

Highlight of the event was the presentation of Nigerian Army Recognition Award to some eminent Nigerians, who have been supportive to the NA in the areas of health care, education, infrastructure and economic empowerment of widows and orphans.

The COAS Conference 2022, was themed, “Building a Professional NA for the 21st Century Security Environment”.