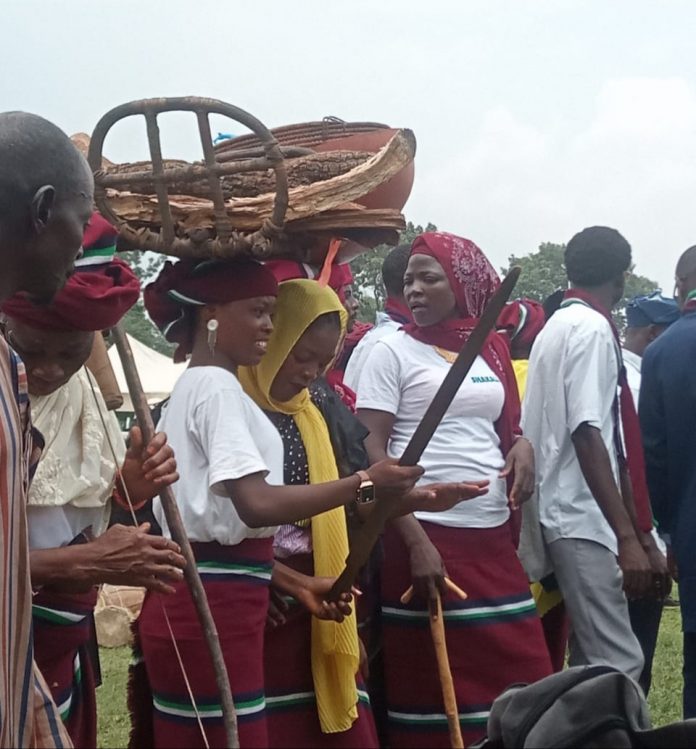 The Original Inhabitants of the Federal Capital Territory (FCT) has called on the Federal Government to appropriately compensate them, saying they sacrificed their ancestral lands to build Nigeria’s capital.

They made the plea at the ‘Grand Cultural Rally of the FCT Original Inhabitants’ on Monday, August 8, 2022 in Abuja.

The cultural rally was part of activities to mark this year’s United Nations International Day of World Indigenous Peoples.

Speaking at the rally, Executive Director, Resource Centre for Human Rights and Education (CHRICED), Dr. Ibrahim Zikirullahi stated that the compensation so far given to the
FCT original inhabitants is not commensurate to the sacrifices made.

He said they were people that had been deprived over time, who needed to be recognised for the sacrifices they had made.

The CHRICED Boss in rhetorics queried, “Do you know what it means to have your ancestral land taken over, a place where you buried your loved ones, that holds the history and background of your family?

“These are the lands used to build the Aso Villa, National Assembly and the rest, most of these places are the graves of our family members, we cannot visit the grave of those who are very important to our history, and this is very sad,” he said.

Zikirullahi further stated that, the government needs to listen to their cry and find a resolve as leaving them out of the scheme of things for a sacrifice made out of their good nature.

Citing some issues the Federal government needs to address with regards the FCT Original Inhabitants, the CHRICED Helmsman said, “We have seen the gross violation of their human rights, their right to choose their leaders have been taken away from them.

“For example, in 2023, when every citizen of this country would be going to the polls to elect their governors and members of State House Assembly, the Fct original inhabitants do not have that freedom.

“Some states have two members at that FEC while the FCT Original Inhabitants, whose population is even more than about 6 states of the Federation are completely denied that right.

“In the national assembly, they only have one senator, two members of house of representative, six local governments called area Councils, this an aberration because these people deserve to be well represented, they need to be recognised, their voices need to be heard for the sacrifice they have made”, Zikirullahi said.

Similarly, the District Head of Kuchigoro community, Umaru Maikasuwa re-emphasized the need for adequate compensation of the land taken over by the Federal Government stating their inability to move ahead in the country as a result of deprivation and neglect.

On her part, Princess of Iku Village in Bwari Area Council, Ambassador Sylvia Sarki urged the federal government to treat the FCT Original Inhabitants (OI) rightly, stating that their call for following due process should not be undermined.

Sarki noted that “when you see an OI, what comes to your mind is a peaceful man or peaceful woman. Because we are all known as peaceful people. And I feel that is why we are taken for granted.”