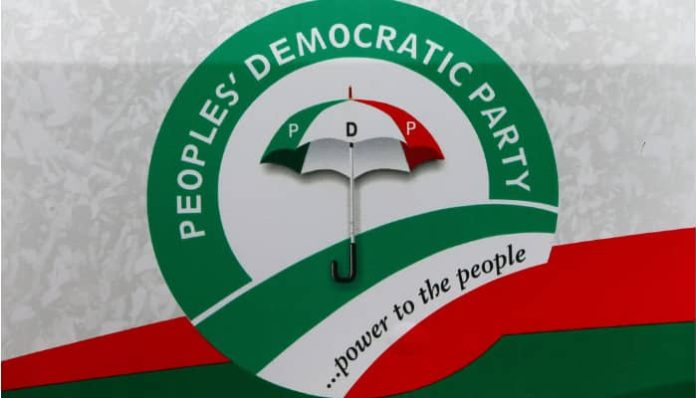 The Rivers State People’s Democratic Party Campaign Council has debunked reports that its gubernatorial candidate for the 2023 election, Siminalayi Fubara, has been arrested by security agents.

It was on social media that on Wednesday morning Fubara was arrested by officials from the Department of State Service and taken to the Economic and Financial Crimes Commission headquarters in Abuja.

TheFact daily reports that Fubara, a former Chief Accountant of the state, was recently declared wanted by the EFCC along with two others for alleged fraud of N117 billion.

He was also invited by the Code of Conduct Bureau to answer questions related to asset declarations as he had not yet honored the invitation.

But reacting to the claims of Fubara’s arrest, the state PDP Campaign Council Chairman, Publicity and Communication Committee, Ogbonna Nwoke said it was a baseless rumour.

According to Nwuke, the report, which lacks substance, was the work of political distractors to mislead the public with false information, according to him.

The statement read in part: “Our attention has been drawn to allegations that Sir Siminalayi Fubara has been arrested by security agents.

“It is hard to understand that some people who never do well intend to mislead the public through the spread lies.”

NCC To Hasten Deployment Of Emerging Technologies For Good Of Nigerians