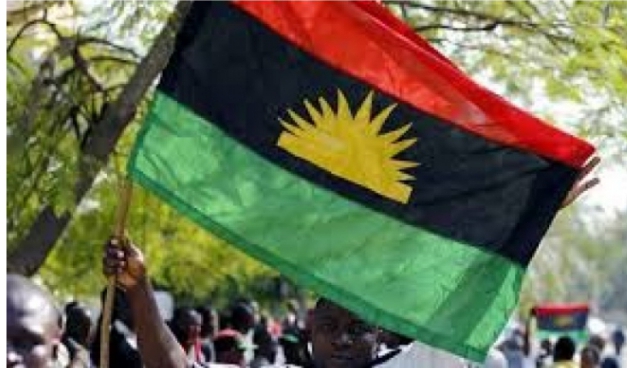 Indigenous Peoples of Biafra IPOB and have responded to the the warnings issued by the army against separationist agitators, by saying they will not be cowed by military’s clampdown threats.

Chief of Army Staff, COAS, Lt. Gen Ibrahim Attahiru had on Tuesday, at the first Commanding Officers’ Workshop 2021 in Uyo, Akwa Ibom state, said that military would go after separationist agitators in the likes of Nnamdi Kanu, Sunday Igboho and Dokubo who want to destabilise the corporate existence of Nigeria, if they did not drop their plans.

Thefact Nigeria reports that Dokubo, reacting through the Head, Information and Communication, Biafra De-Facto Customary Government, Uche Mefor, said they were not at war with the Nigerian government but only exercising their legitimate rights to self-determination.

“On the other hand, and to the contrary, the Nigerian state has subjected majority of the ethnic nationalities and their populations to unimaginable horror, intimidation, sustained systematic human rights abuses, denied them the rights to freely choose their political future (internal self-determination) and this has come to a stage where her sovereignty is now being called to question”, Mefor said.

“By virtue of that right they freely determine their political status and freely pursue their economic, social and cultural development. Article 20 of the African Charter of Human and Peoples’ Rights of 1981 recognises the rights to self-determination and it is subsequently domesticated in Nigerian law under CAP 10 laws of federal republic of Nigeria 2004 as amended. Why would any of our men be harmed when they have not committed any crime nor gone on the offensive against Nigeria? If Nigeria does that, it then means that Nigeria is herself violating international law and specifically the African Charter on Human and Peoples Rights to which she is a signatory”, he said.