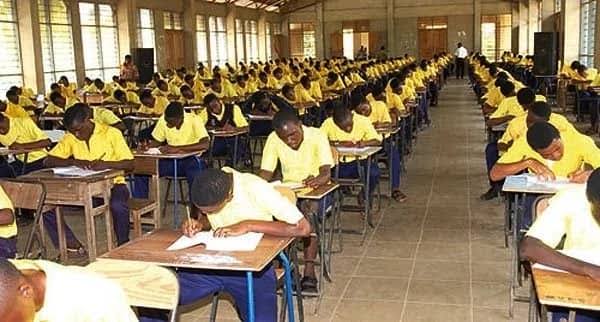 Senate Committee on Tertiary Institutions and Tertiary Education Trust Fund (TETFund) has said there was the need for an increase in tertiary institutions tax from 2.5% to 3% to improve research and development in the country.

The Committee made this submission during its oversight visit to TETFund to ascertain the level of 2021/2022 performance of budget, on Wednesday.

Explaining the reason for the oversight visit, the Committee said, “Upon the enactment of 2022 Appropriation Act, the Senate of the Federal Republic of Nigeria resolved that Committees should embark on oversight visit on MDAs under their jurisdiction. Consequent upon the above, the Committee commenced this oversight with the main Ministry and today TETFund.

“The 2.5% education tax paid from accessible profit of companies registered in Nigeria has obviously had a massive and sustaining impact on the improving tertiary education in Nigeria through several interventions”, said the Senate Committee.

The Committee maintained that, Education and Health sectors were two critical sectors that drive development, hence the need for an upward review from 2.5% education tax to 3%.

To this end, the delegation hoped that in the third Assembly the tax would be increased to 3%.

Also, while expressing his satisfaction over the reforms and excellent performance of TETFund for the year under review, the Chairman of the Committee used the opportunity to appeal to the Fund to incorporate Mathematical Centre in its interventions, saying that no country can thrive in the area of, research, science, technology, and innovation without embracing mathematics.

Also, Senator  Chukwuka Utazi, a member of the Committee, who commended Echono for the robust interventions, carried out so far, called on intellectuals to provide a home answer to the COVID -19 response.

“Nigeria is not an inferior country, if research is fully funded, there will be much results from academia in providing COVID- 19 response,” he said.

Utazi further called for entrenching of entrepreneurship in Nigerian university.

Speaking earlier, Echono appreciated the Committee for its usual support, saying that the harmony between the National Assembly and Education Sector was highly responsible for achievements recorded in the sector since past seven years.

He expressed gratitude to the National Assembly for considering the passing of Finance Act last year which resulted to increase in education tax percentage to 2.5, adding that it was done on consultation and sheer acceptance of the need to increase funding and investment in education.

The Executive Secretary explained that TETFund engages in establishing, revitalising and support of benefiting tertiary institutions classified as Universities, Polytechnics and Colleges of Education in the area of infrastructure, training and development of academic staff, promoting research and innovation.

He said in 2021, TETFund disbursed N213bn to tertiary institutions. This, according to him, included the take- off grants for establishment of new institutions.

“When federal government is establishing new institutions, TETFund is requested to disburse take- off grant for the establishment. 60% of this disbursement goes to the universities,” he said.

While highlighting major reforms in the Fund, Echono said TETFund had the highest level of disbursement in past seven and eight years, adding that through the 2.5 percent tax received, the Fund had trained over 35000 academic staff both home and abroad with the plan to expand the number.

He also said the Fund had established Centre for Excellence in 24 institutions as a way of making them relevant to society and to solve societal problems.

Other programmes of action included, promoting employability of graduates, empowering tertiary institutions on ICT where each of the campus would have e- library or designated space for 24 hours internet services so students could access online sources; digitalising thesis- introduction of anti-plagiarism; promoting innovation and entrepreneurship in the tertiary institutions.

He disclosed that TETFund was embarking on completion of all the abandoned projects in the Nigerian tertiary institutions by next year, adding that a comprehensive list of the projects and institutions had been compiled with the view of completing them in phases.

Reacting to the Chairman Senate Committee’s request on providing oxygen generator for Kaduna State Polytechnics, Echono explained that TETFund had approved N50million for the research, while half of the money had been paid.

“We approved N50million for providing oxygen generator and we paid this money in tranches. They collected the first tranche and have not come for the second tranche,” he said.

On the incorporation of Mathematical Centre in the TETFund’s intervention funds, the Executive Secretary said the decision for the interventions to focus sharply on Universities, Polytechnics and Colleges of Education which was the main driver of law was inhibiting TETFund from inclusion.

“I made the appeal myself, the fact that about four of them- Mathematical Centre, Nigerian French School in Badagari, Ugara Arabic Language, and the National Institute for Nigerian Languages,NINLAN, are classified as Inter- University Centres, and integral part of university, the programme they run, even their laws say they should upgrade like universities.

“Even the four Inter- University Centres take their facilities and students from core universities, I felt after reading their Act to include but some union are objecting to expand scope of intervention. That has been the challenge, some are calling for amendment while some are resisting.

“The same thing with some sister institutions that are educational in operation that producing graduates, training personnel but they are not captured in the letter of the law,” said Echono.

He, however, said the Fund was collaborating with the Mathematical Centre and the three other inter- University Centres in the area of research.

“We are collaborating in other areas like in research for example, one is leading one of our clusters even in COVID research. They have acquired so much proficiency, experience and expertise in dealing with animal vaccine, they are parts of the team and through that, we also fund them, improve their laboratories, buy them equipments. We probably work around the letter of the law, but this, we recognize the role each plays in developing manpower and improving research in our country,” said Echono.

He also announced that through the intervention of the Fund, Nigeria overcame the usual long wait of collecting of COVID-19 sample and getting the result.

“At the beginning of COVID- 19, you can recall how long it was taking to collect sample, how we wait for 7 days before you get result of test, but through the TETFund’s intervention we turn it around. About 12 Molecular Labs were established in all the Geo- Political zones around the country, and with the resultant effects, we were able to overcome 7 days wait because of the intervention”, he said.

“In our research, we are funding research not only in Covid-19 but in Lassa-Fever. There is an ongoing research in Lassa-Fever, we also have some mega research we are doing for communicable diseases, they are ongoing, as we make breakthrough I will let you know”, he said.

Also on research, the ES informed Senate Committee that the COVID-19 vaccine project sponsored by the Fund would be ready for first clinical trial in November this year.

He informed the Committee about the plan of the Fund to commence construct zonal offices in the states by next year.

The TETFund’s boss, therefore, attributed the reforms to the combine effect by increased percentage and internal operation measures put in place the management, disclosing that Fund exceeded the contribution it ever received in the past 10years.

While promising to do more with the continued support of the Senate Committee, Echono said TETFund has over 200 projects to commission soon.