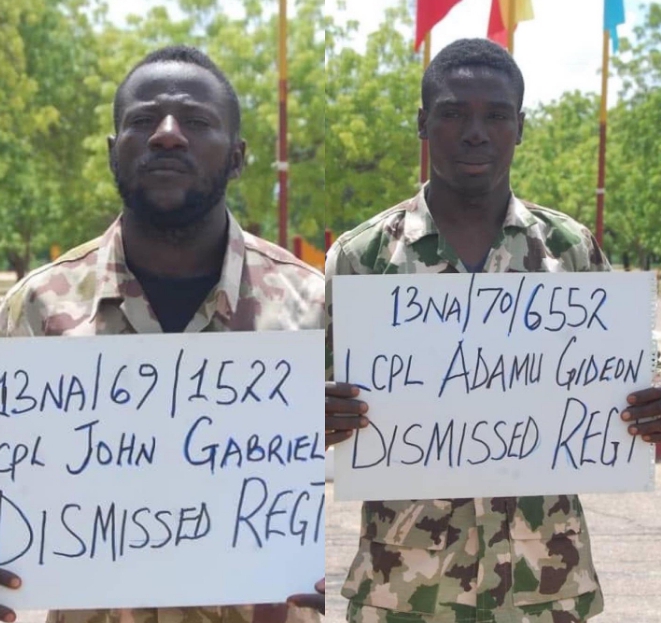 The Nigerian Army, NA, has handed over two dismissed soldiers to the Police, for their involvement in the killing of an Islamic cleric, Sheik Goni Gashua Aisami, in Yobe State.

Director, Army Public Relations, Brig. Gen. Onyema Nwachukwu, disclosed this in a statement at the weekend.

TheFact Daily recalls that the Army, on 22 August, said that it had instituted a Board of Inquiry to unravel the circumstance surrounding the soldiers’ involvement in the unfortunate incident, at the end of which, the soldiers will be made to face the full wrath of both military and civil laws.

The soldiers, Lance Corporal John Gabriel and Lance Corporal Adamu Gideon, were dismissed after facing trial at the Headquarters 241 Recce Battalion, Nguru, on Saturday 27 August 2022, having been indicted in a report by the Board of Inquiry.

According to Nwachukwu, both soldiers were charged and summarily tried for failure to perform military duties and conduct prejudice to service discipline, punishable under Section 62(a) of Armed Forces Act CAP A20 and Section 103(1) of Armed Forces Act CAP A20 Laws of the Federal Republic of Nigeria 2004. Both of them were found guilty and awarded reduction of rank from Lance Corporal to Private and Dismissed Regiments.

“Once more, the NA wishes to commiserate with the family of the victim and the good people of Yobe State. May the soul of the deceased rest in perfect peace”, Nwachukwu’s statement said.