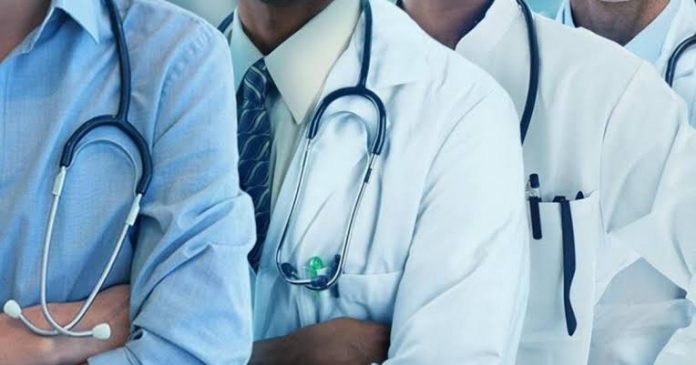 The Nigerian Medical Association has decried the deplorable state of health facilities owned by state governments. The association said some state hospitals lack the required medical experts, equipment and could not boast of a complete department.

The NMA President, Dr Uche Ojinmah, during an interview with The NAN on Sunday, stated that state hospitals are the worst hit by brain drain in the country. “Workers in some state hospitals are being owed several months’ salary arrears. So how can they function,’ Ojinmah wondered.

He added, “States are being neglected, some state teaching hospitals as of today cannot boast of a complete department. You go there and see only a skeletal number of people, and the state governors are happy. The doctors overwork but everybody expects them to behave well.”

Ojinmah called on state governments to focus on improving secondary health sectors for effective management. He said, “That it is a state hospital doesn’t mean it should be a shadow of itself; it should be able to render services to the people. That is why you come to the teaching hospitals and see somebody with malaria coming for treatment.

“As a dermatologist, there are some dermatological issues I should handle, not eczema, ringworm. They are not what I am trained to handle. An average person in a primary or secondary health system should be able to take care of those things if they are functional while I focus on more serious things like skin cancers, and tumours. But the primary health care system is gone. The state hospitals are overgrown with weeds.

While corroborating the NMA president on the neglect of state-owned hospitals, former NMA resident, Prof Mike Ogirima, said, “Generally state-owned hospitals are in deplorable state, but some states like Lagos, Delta, and Rivers have pulled greater strides in secondary health care services. The responsibilities of the state government and secondary health services have been neglected.

“It is not just to build hospitals without utilisation, but to ensure that these hospitals are functional, have the required equipment and the people deserve the best medical care. The government needs to do better.”

Ogirima said the deplorable state of the health facilities is affecting the health workers in rendering optimum services.

That brought the total number of Nigerian doctors in the UK to 9,710.

When contacted on the telephone, the Minister of State for Health, Senator Olorunnimbe Mamora, requested that a text message be sent to him on the matter.

He has yet to respond to the text message sent to him as of the time of filing this report.

We Are Studying Claims For Covid-19 Cure -Minister