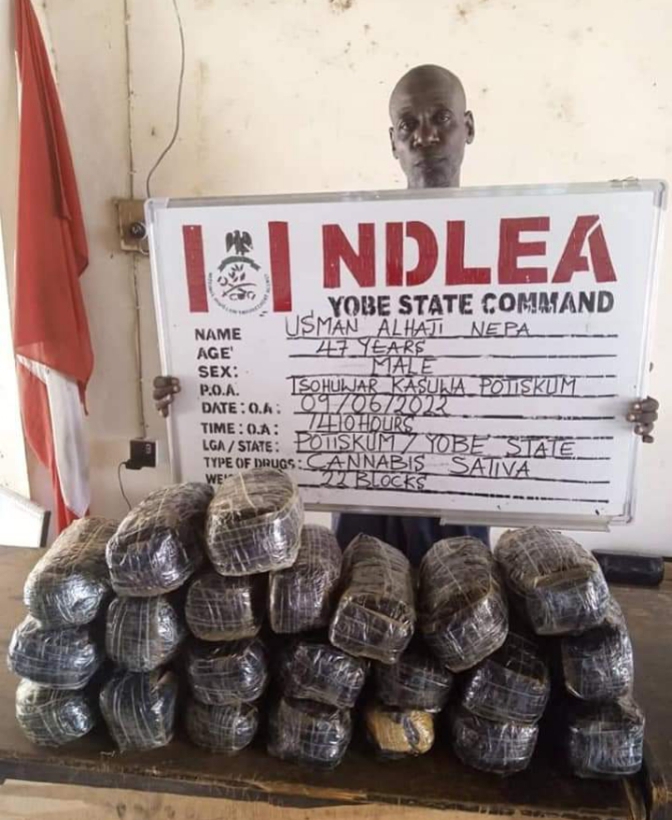 Operatives of the National Drug Law Enforcement Agency, NDLEA, have arrested two persons for attempting to export controlled and illicit drugs to the United States, and Dubai, United Arab Emirates.

Femi Babafemi, the agency’s director of Media and Advocacy, disclosed this in a statement, Sunday, 12 June.

TheFact Nigeria reports that while one of the suspects, a Nigeria-based Congolese, Kandigu Kadi, was arrested on Tuesday, 31 May, 2022, at the Nigeria Aviation Handling Company (NAHCO) export shed for attempting to export 2.100kilograms of pentazocine injection, the other suspect, and a Nigerian, Makowulu Ebuka Anthony, was nabbed on Friday, 3 June, in connection with attempt to export parcels of cannabis sativa concealed in cereal packs to Dubai through the Skyway Aviation Handling Company (SAHCO) cargo shed. 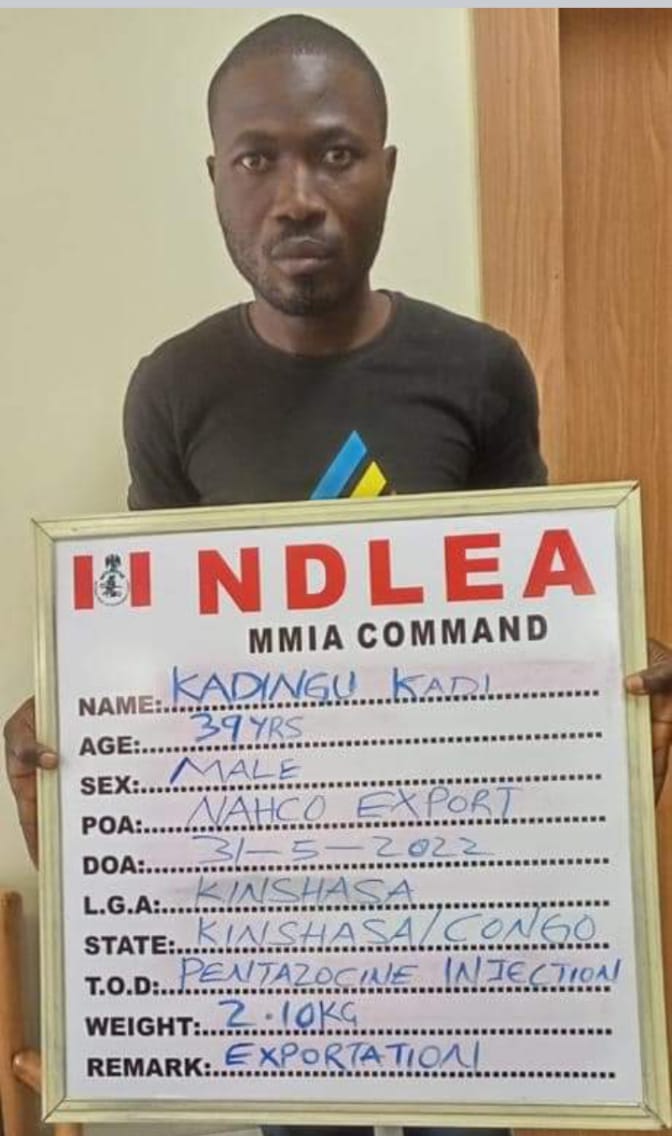 Investigations revealed that the pentazocine consignment was being sent to Kinshasa, Congo, while a similar package containing 200 bottles of pentazocine injection intercepted a week earlier at the airport was heading to the US.

In his case, Makowulu was caught with eight parcels of cannabis weighing 2.90kg concealed in Nutribom Cereals cartons among other natural packs of the cereal, as part of a consolidated cargo meant for different people in Dubai.

In another development, anti-narcotic officers in Edo have intercepted 10,280 tablets of Tramadol, 2000 tablets of Diazepam, 300 tablets of Swinol, 5000 tablets of Axol and 10 bottles of Codeine-based syrup in Irrua area of the State.

They have also destroyed 5.3 hectares of cannabis farm in Oke forest, Ovia North East LGA, as part of efforts to disrupt all cannabis planting activities for the season in the State. 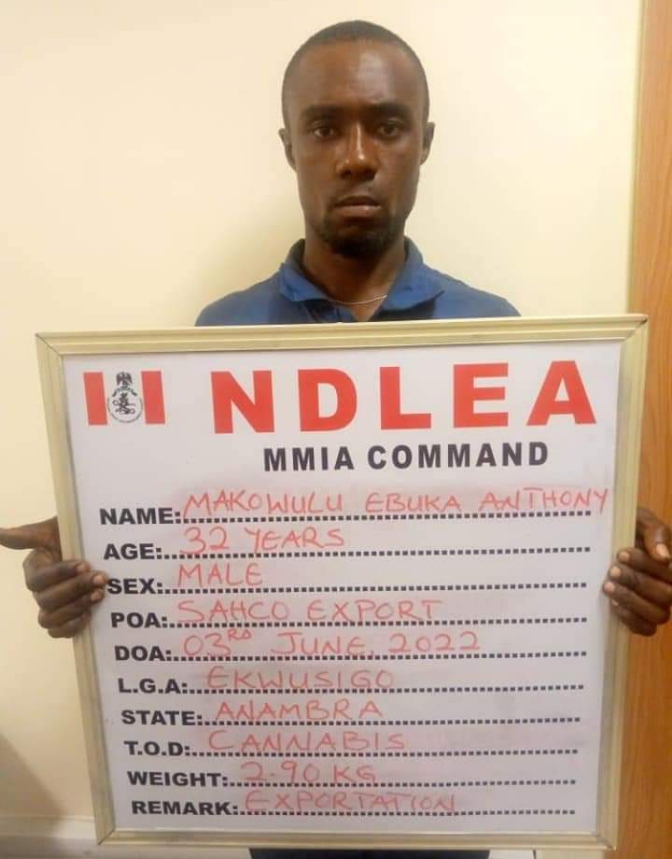 In Yobe state, NDLEA operatives on Friday, 9 June, raided Tsohuwar Kasuwa area of Potiskum town, where a notorious drug dealer, Usman Alhaji a.k.a NEPA, was arrested and 22 blocks of cannabis sativa recovered from him.

In the past week, no fewer than 39 suspects were arrested across drug joints raided in parts of the Federal Capital Territory and different quantities of assorted illicit drugs recovered from them.

According to Babafemi, the raid, which continues across Abuja, is a joint operation between the FCT Command of the Agency and the Chairman Monitoring Special Task Force to rid the capital territory of the activities of drug dealers and peddlers.

Chairman/Chief Executive of NDLEA, Brig. Gen. Mohamed Buba Marwa (Retd) commended the officers and men of MMIA, Edo, Yobe and FCT Commands as well as the C-MSTF for their resilience.

He charged them and others across all commands to remain vigilant and committed to the collective goal of saving Nigeria from the drug scourge.