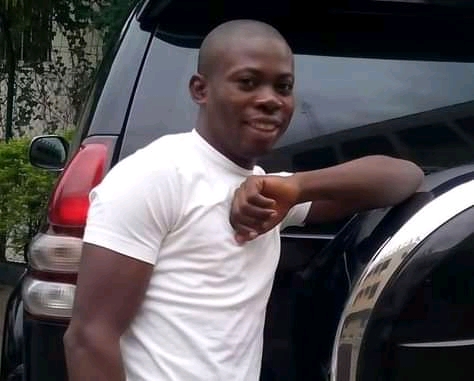 25th of April is a day the Ogbor family will never forget. Their breadwinner, Mr Ogbor Matthew Eche in the evening of the said date drove out with the hope of coming back to his family but that did not happen.

He was lynched to death by a group of yet to be identified unscrupulous elements at Tasha 2 Karimo in the Federal Capital Territory.

TheFact Nigeria gathered from a family source that trouble began when the deceased mistakenly bashed a commercial tricycle popularly known as keke.They chased him, blocked him with bike, started beating him and damaging his car.

When the family got the information and rushed to the scene, they met his lifeless body on the ground with deep cuts and blood stains.

The nephew of the deceased said onlookers who had watched every thing that happened told him it was one Bobo that killed his uncle. He was among those who carried out the attack on Matthew and he (Bobo) in particular hit the deceased’s head with a stick which led to his death.

When asked if Mr Matthew killed or injured the occupants of the keke, an eye witness said he did not kill or injure anyone it was just a brush on the keke.

The witness further narrated that, those who carried out the attack on Matthew ran away and the occupants of the keke too were no where to be found either dead or injured.

Narrating her side of the story, wife of the deceased, Mrs Mary Mathew said she was in the saloon when her husband drove out and bade the kids bye.

“I was in the saloon when he drove out, the children saw him and bade him good bye. Not up to five minutes later, I saw people running towards where my husband was gruesomely murdered.

“I said let me go and see for myself but unfortunately, I saw my husband in a pool of his bood and rushed him to the hospital”, she said.

“After they did what they did to him they still had the mind to vandalise his belongings in the car”, she lamented

She further disclosed that her husband had no problems with anybody in the community or anywhere.

The family expressed their displeasure at the actions of the police authority in karimo after the matter was reported to them.

“We went to the police station and reported the matter to the DPO but he told us that there was no evidence to make any arrest except, the family brings a suspect to them.

“We don’t know any of them, they all ran away. The only person we recognised among them, we mentioned his name to the police but he has not been arrested or invited for interrogation”, they said.

Rumors making round since the incident has it that Bobo has been moving freely in the community.

The Police Authority in karimo confirmed the incident, but said no arrest has been made so far and that they are investigating the matter.

Isabella, 6yrs old daughter of the deceased, regretted the death of her Dad, saying she was going to miss him and vowed never to forgive his killers.

One is left with the question as to whether this is jungle justice or an act of wickedness. How will the family get justice for this kind of murder that has thrown them into mourning?

We Have Arrested 89 Touts At Abuja, Lagos Airports- FAAN