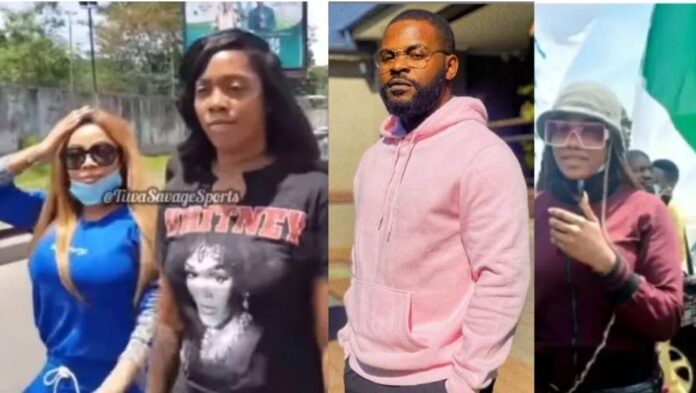 Nigerians including celebrities took to the streets on June 12 to protest against the rising insecurity and bad governance afflicting the country.

Several groups and activists took to the streets following their plans to stage protest in all parts of the country as Nigeria celebrates Democracy Day on June 12.

In some of the videos from the protesting ground that surfaced online, Tiwa Savage, Tacha, Falz were seen lamenting the high rate of insecurity in the country.

Falz took to his Instagram page to inform those in the power house that Nigerian youths have been silent for a long time and will continue to protest till a better Nigeria is realized.

falzthebahdguy wrote:
“We have been silent for way too long. All that is in the past now. We refuse to be defeated. We will never ever give up the fight for a better day. This is what “Democracy Day” looks like for us.”