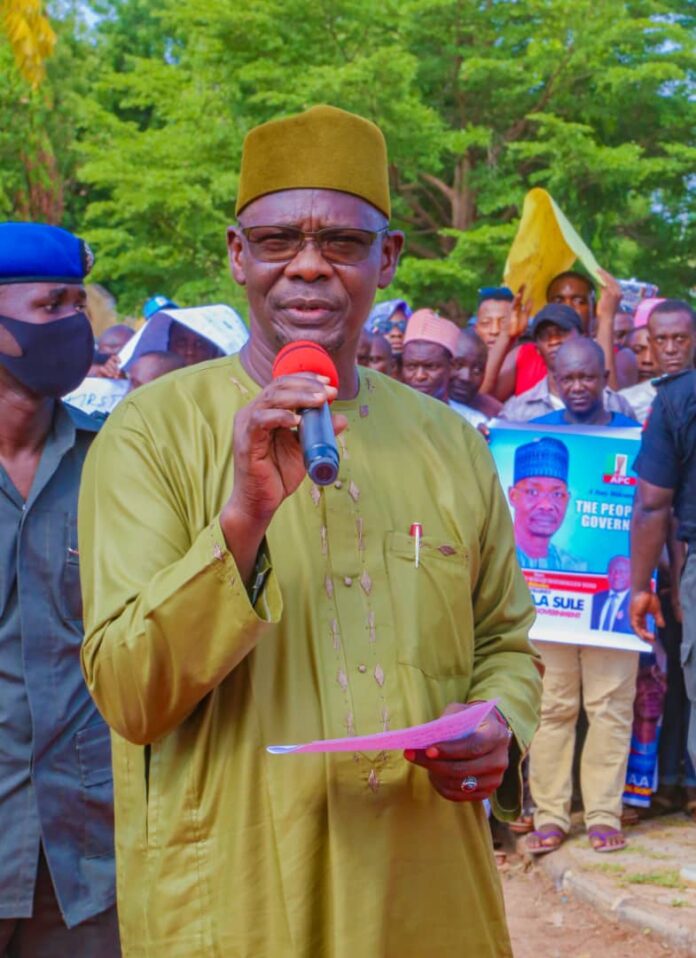 Stakeholders in Toto Local Government Area have called on the Nasarawa State Government, to priotize security by drafting additional security agents in the area, to check the activities of criminal elements resurfacing in parts of the council.

The stakeholders made this known during the first town-hall meeting organised by the by Nasarawa State government, under the leadership of Engineer Abdullahi Sule, as part of activities marking the second year anniversary of the administration, which held at the Toto LG secretariat, on Wednesday.

The people of Toto equally made case for the establishment of a tertiary institution in the area, stressing that Toto has yearned for such institution for many years.

Various speakers at the town-hall meeting, took turns to voice their concern, with the governor at hand to respond to their demands.

Among other demands made by speakers at the forum include, the provision of portable water supply to the people of the council, as well as the elevation of the stool of the Ohinoyi Ogye, from second class to first class status.

On his part, the Toto Local Government Area Chairman, Hon Nuhu Adamu Dauda, while thanking the governor for producing a conductive atmosphere for peace and development to take place, highlighted on some of the development projects initiated in the area by the Engineer Sule administration, stressing that Toto LGA never had it so good like under the present government.

Hon. Dauda listed among these projects to include, drafting a squadron of the police mobile force, establishing a permanent military super camp in Kenyehu, which saw to the dislodgement of bandits operating in the area, a divisional police headquarters was also established in Umuaisha.

Also, the chairman listed the influencing of the siting of the Azman Rice and Mills Limited, the Nigeria Floor Mills and Dangote Sugar Refinery, to Umuaisha, as well as the installation of the flood early warning system in Umuaisha, among others.

Hon. Dauda then drew the attention of the governor on the challenges being faced by the military camp in Utu, which he said, requires urgent government attention, the perennial water scarcity being experienced by the people of the area, as well as the need to rehabilitate dilapidated roads in the area.

Responding, Engineer Sule, thanked the people of Toto Local Government Area, for supporting his administration, stressing that the reason for the visit was to thank them and also hear from them, regarding his stewardship during his first two years in office.

The governor pointed out that the reason behind the town-hall meeting, was to give the people opportunity to speak their minds openly and with no restraint.

While highlighting the efforts of his administration to restore peace in the area, since bandits invaded the communities and made life almost unbearable for the people living along the Umuaisha/Toto/Gadabuke/Karmo axis, the governor however said security is a responsibility of all, urging the people to continue to divulge useful information to the security agencies to assist them in the effective discharge of their responsibilities.

On the aspect of education, the governor highlighted the inroads so far recorded by his administration, which saw to the jerking up of the budget for education to over 30 percent of the total budget of the state, making Nasarawa State one of the states with the highest budgetary allocation for education.

Engineer Sule explained that the reason for this was to enable his administration to turn around education at both the primary and secondary schools level, aimed at giving functional and effective education to children in the state.