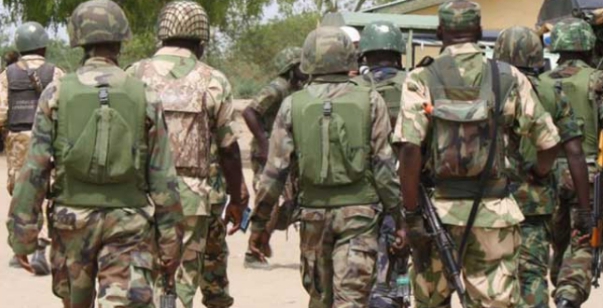 Troops of the Nigerian Army have arrested two suspected kidnappers and rescued five of their victims from their den in Akwa Ibom State.

TheFact Daily gathers that the bus conveying the victims was hijacked by the kidnappers on its way to Ikot Ekpene from Port Harcourt on Friday, 23 September.

Two other members of the syndicate, Imo Nkwo, aged 23 and Thankgod Ezekiel, aged 24, who attempted to escape were immobilized and arrested and their camp set ablaze.

Akari stated that the rescued victims, exhibits and arrested kidnappers had been handed over to the Police for further action.

He further assured that effort was on to apprehend the fleeing gang leader, and asked members of the public to support security agencies in the state with timely information on the activities of kidnappers and other criminals for prompt action.

NCC To Expand Collaboration With Media In Nigeria – Danbatta