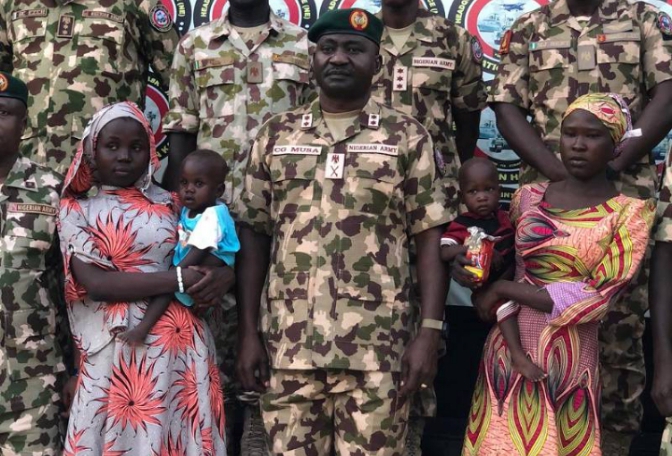 Insurgency expert in the Lake Chad region, Zagazola Makama, who confirmed this Monday, disclosed that the joint counter-insurgency operations with cvilian Joint Task Force, JTF, also led to the rescue of another Chibok girl, who later gave birth to twins.

According to him, the surviving terrorists who escaped towards Sambisa Forest of the Council, did so with gunshot wounds. He noted that some of the fleeing terrorists had attempted to ambush the troops, who, acting on credible information, responded swiftly with aggressive fire power, forcing the terrorists to flee in various directions.

Makama further reported that, “In the course of the encounter, troops successfully rescued Yana Pogu, a Chibok girl who was number 19 on the missing girls list,” and was rescued along with four children. He added that Yana was found with a four-month-old set of twins in an unhealthy condition.

“More women were rescued after the encounter”, Makama said, adding that they were handed over to the 21 Armoured Brigade, Bama, for medical attention.